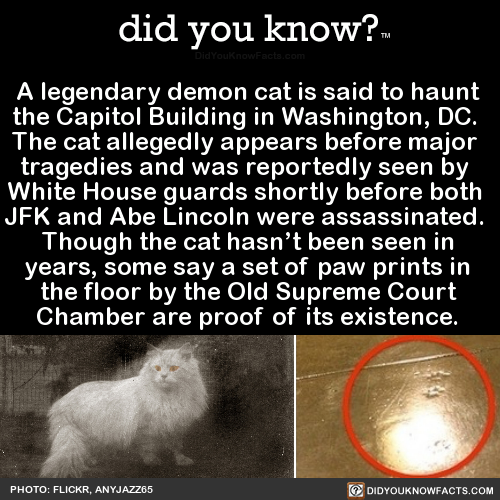 A legendary demon cat is said to haunt the Capitol Building in Washington, DC. The cat allegedly appears before major tragedies and was reportedly seen by White House guards shortly before both JFK and Abe Lincoln were assassinated. Though the cat hasn’t been seen in years, some say a set of paw prints in the floor by the Old Supreme Court Chamber are proof of its existence.