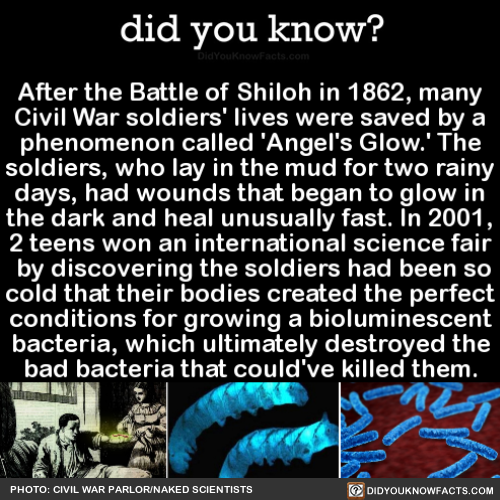 After the Battle of Shiloh in 1862, many Civil War soldiers’ lives were saved by a phenomenon called ‘Angel’s Glow.’ The soldiers, who lay in the mud for two rainy days, had wounds that began to glow in the dark and heal unusually fast.

In 2001, 2 teens won an international science fair by discovering the soldiers had been so cold that their bodies created the perfect conditions for growing a bioluminescent bacteria, which ultimately destroyed the bad bacteria that could’ve killed them.