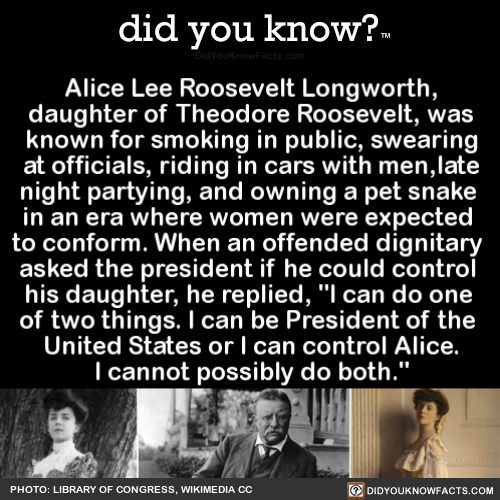 Alice Lee Roosevelt Longworth, daughter of Theodore Roosevelt, was known for smoking in public, swearing at officials, riding in cars with men, late-night partying, and owning a pet snake during an era where women were expected to conform.

When an offended dignitary asked the president if he could control his daughter, he replied, “I can do one of two things. I can be President of the United States or I can control Alice. I cannot possibly do both.”