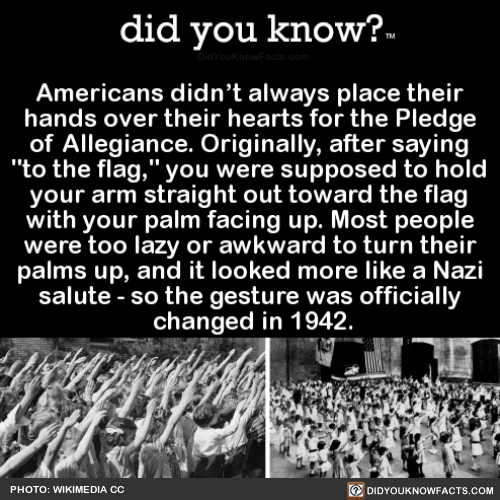 Americans didn’t always place their hands over their hearts for the Pledge of Allegiance.

Originally, after saying “to the flag,” you were supposed to hold your arm straight out toward the flag with your palm facing up. Most people were too lazy or awkward to turn their palms up, and it looked more like a Nazi salute – so the gesture was officially changed in 1942.