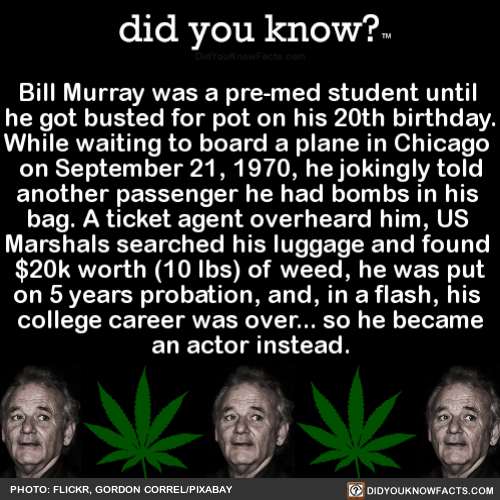 Bill Murray was a pre-med student until he got busted for pot on his 20th birthday, and it changed his life forever.

While waiting to board a plane in Chicago on September 21, 1970, he jokingly told another passenger he had bombs in his bag. A ticket agent overheard him, US Marshals searched his luggage and found $20k worth (10 lbs) of weed, he was put on 5 years probation, and, in a flash, his college career was over… so he became an actor instead.