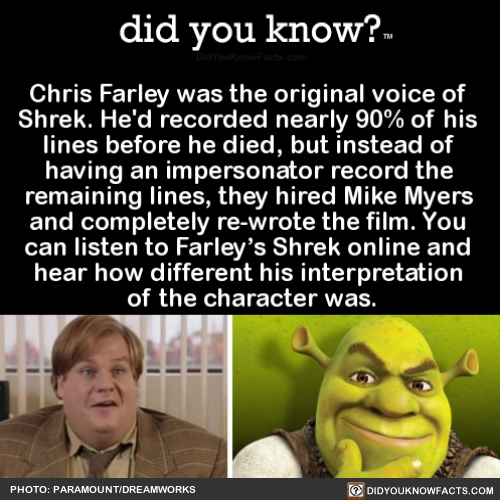 Chris Farley was the original voice of Shrek.

He’d recorded nearly 90% of his lines before he died, but instead of having an impersonator record the remaining lines, they hired Mike Myers and completely re-wrote the film.

You can even listen to Farley’s Shrek online and hear how different his interpretation of the character was.