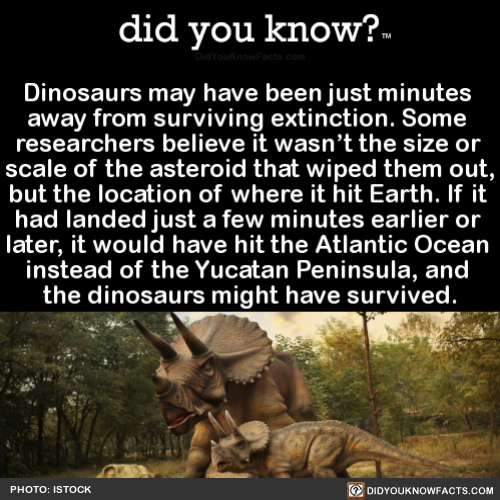 Dinosaurs may have been just minutes away from surviving extinction.

Some researchers believe it wasn’t the size or scale of the asteroid that wiped them out, but the location of where it hit Earth. If it had landed just a few minutes earlier or later, it would have hit the Atlantic Ocean instead of the Yucatan Peninsula, and the dinosaurs might have survived.

The asteroid unleashed mass devastation on the planet, including the largest Tsunami in earth’s history, scientists said.