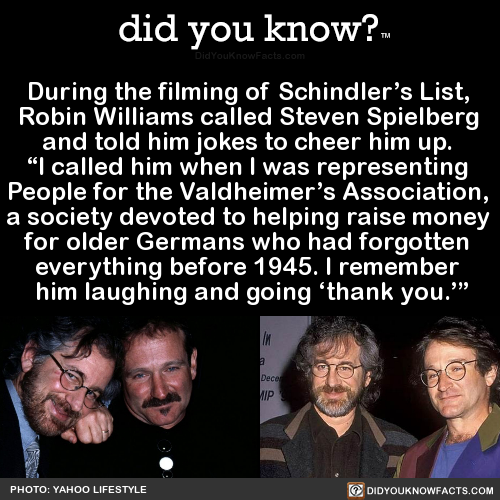 During the filming of Schindler’s List, Robin Williams called Steven Spielberg and told him jokes to cheer him up.

“I called him when I was representing People for the Valdheimer’s Association, a society devoted to helping raise money for older Germans who had forgotten everything before 1945. I remember him laughing and going ‘thank you.’”