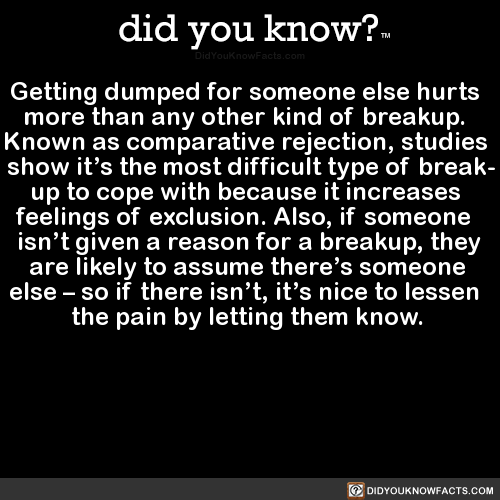 Getting dumped for someone else hurts more than any other kind of breakup. Known as comparative rejection, studies show it’s the most difficult type of break- up to cope with because it increases feelings of exclusion.

Also, if someone isn’t given a reason for a breakup, they are likely to assume there’s someone else – so if there isn’t, it’s nice to lessen the pain by letting them know.