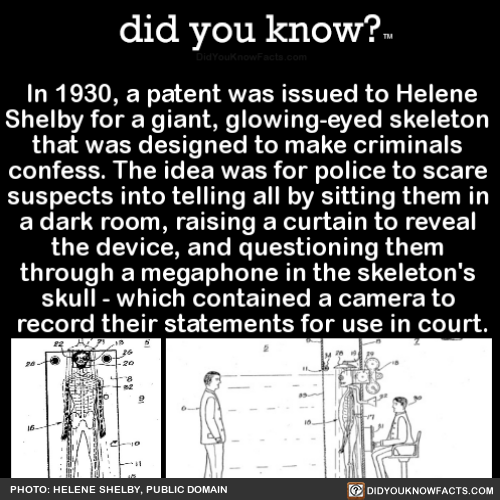 In 1930, a patent was issued to Helene Shelby for a giant, glowing-eyed skeleton that was designed to make criminals confess.

The idea was for police to scare suspects into telling all by sitting them in a dark room, raising a curtain to reveal the device, and questioning them through a megaphone in the skeleton’s skull – which contained a camera to record their statements for use in court.