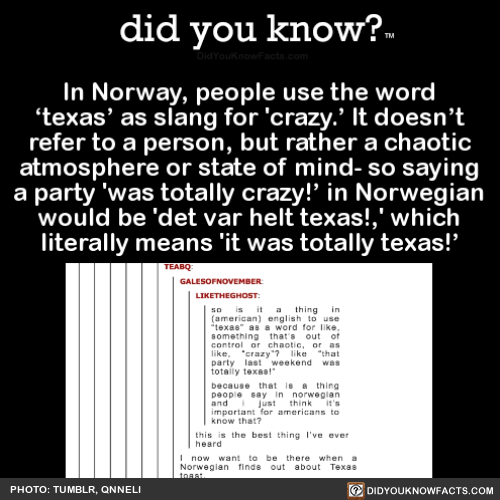 In Norway, people use the word ‘texas’ as slang for ‘crazy.’

It doesn’t refer to a person, but rather a chaotic atmosphere or state of mind- so saying a party ‘was totally crazy!’ in Norwegian would be ‘det var helt texas!,’ which literally means ‘it was totally texas!’