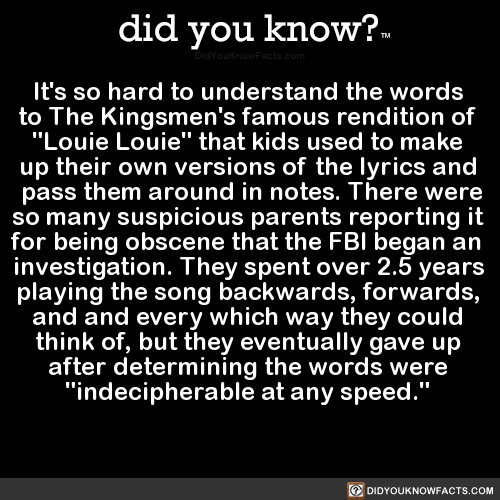 It’s so hard to understand the words to The Kingsmen’s famous rendition of “Louie Louie” that kids used to make up their own versions of the lyrics and pass them around in notes.

There were so many suspicious parents reporting it for being obscene that the FBI began an investigation. They spent over 2.5 years playing the song backwards, forwards, and and every which way they could think of, but they eventually gave up after determining the words were “indecipherable at any speed.”