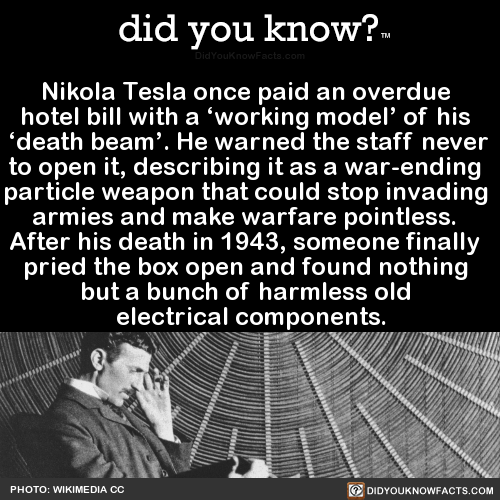 Nikola Tesla once paid an overdue hotel bill with a ‘working model’ of his ‘death beam’. He warned the staff never to open it, describing it as a war-ending particle weapon that could stop invading armies and make warfare pointless.

After his death in 1943, someone finally pried the box open and found nothing but a bunch of harmless old electrical components.