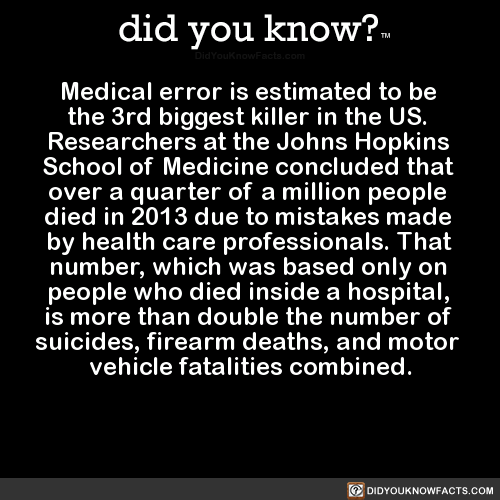 Source 1 Source 2 Source 3 Caption
Medical error is estimated to be the 3rd biggest killer in the US. Researchers at the Johns Hopkins School of Medicine concluded that over a quarter of a million people died in 2013 due to mistakes made by health care professionals. That number, which was based only on people who died inside a hospital, is more than double the number of suicides, firearm deaths, and motor vehicle fatalities combined. (That number doesn’t account for those who died after they were mistakenly sent home. Medical error is not included in cause of death rankings or on death certificates, and these fatal mistakes often go unreported. This ultimately causes other medical professionals to encounter the same life-threatening mistakes because they’ve no examples to reference as a warning.) 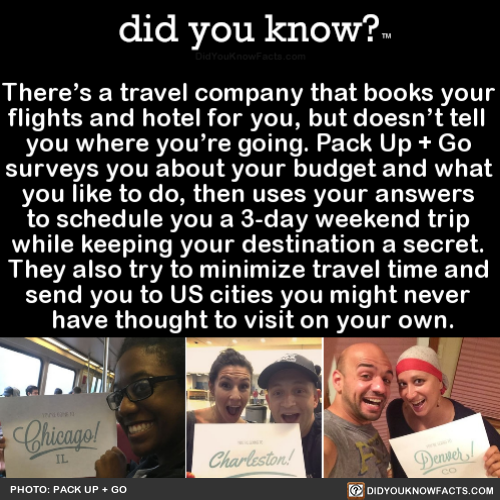 Source 1 Caption
There’s a travel company that books your flights and hotel for you, but doesn’t tell you where you’re going. Pack Up + Go surveys you about your budget and what you like to do, then uses your answers to schedule you a 3-day weekend trip while keeping your destination a secret. They also try to minimize travel time and send you to US cities you might never have thought to visit on your own.