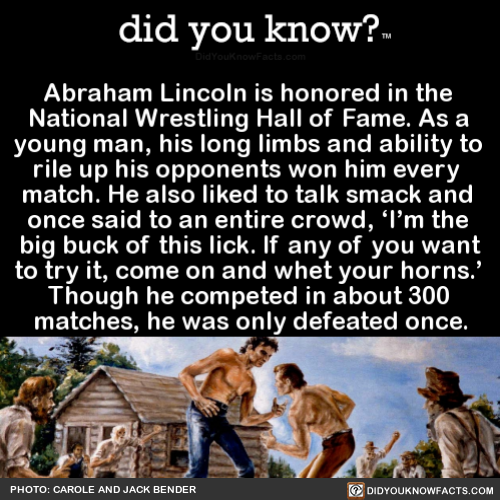 Source 1 Source 2 Caption
Abraham Lincoln is honored in the National Wrestling Hall of Fame. As a young man, his long limbs and ability to rile up his opponents won him every match. He also liked to talk smack and once said to an entire crowd, ‘I’m the big buck of this lick. If any of you want to try it, come on and whet your horns.’ Though he competed in about 300 matches, he was only defeated once. 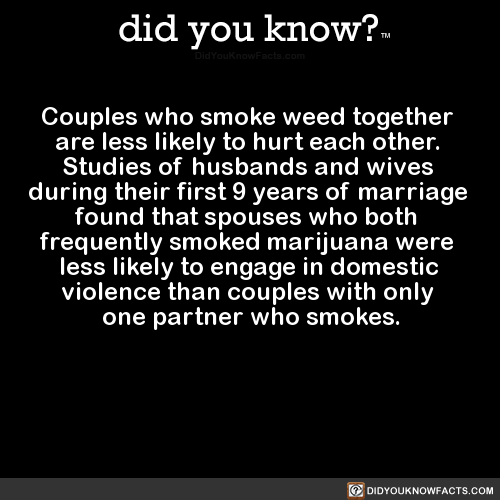 Source 1 Source 2 Source 3 Caption
Couples who smoke weed together are less likely to hurt each other. Studies of husbands and wives during their first 9 years of marriage found that spouses who both frequently smoked marijuana were less likely to engage in domestic violence than couples with only one partner who smokes.