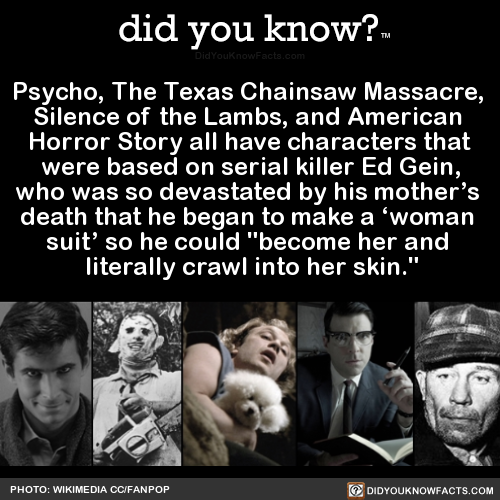 Psycho, The Texas Chainsaw Massacre, Silence of the Lambs, and American Horror Story all have characters that were based on serial killer Ed Gein, who was so devastated by his mother’s death that he began to make a ‘woman suit’ so he could “become her and literally crawl into her skin.”