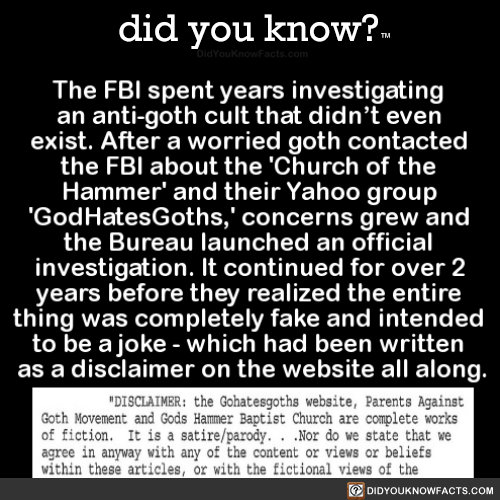 The FBI spent years investigating an anti-goth cult that didn’t even exist. After a worried goth contacted the FBI about the ‘Church of the Hammer’ and their Yahoo group ‘GodHatesGoths,’ concerns grew and the Bureau launched an official investigation.

It continued for over 2 years before they realized the entire thing was completely fake and intended to be a joke – which had been written as a disclaimer on the website all along.