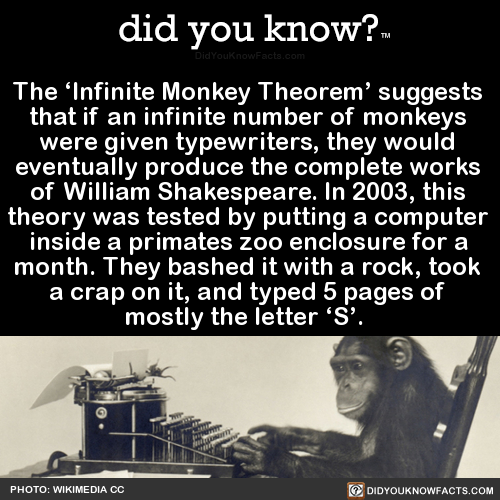 The ‘Infinite Monkey Theorem’ suggests that if an infinite number of monkeys were given typewriters, they would eventually produce the complete works of William Shakespeare. In 2003, this theory was tested by putting a computer inside a primates zoo enclosure for a month. They bashed it with a rock, took a crap on it, and typed 5 pages of mostly the letter ‘S’.