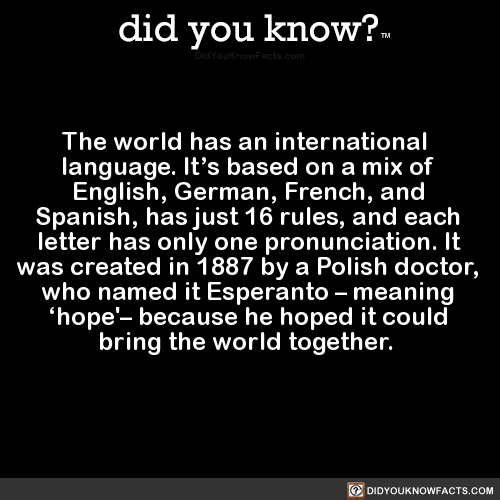 The world has an international language. It’s based on a mix of English, German, French, and Spanish, has just 16 rules, and each letter has only one pronunciation. It was created in 1887 by a Polish doctor, who named it Esperanto – meaning ‘hope’– because he hoped it could bring the world together.