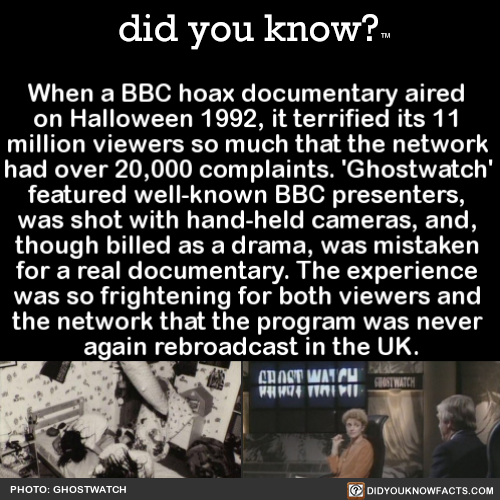 When a BBC hoax documentary aired on Halloween 1992, it terrified its 11 million viewers so much that the network had over 20,000 complaints.

‘Ghostwatch’ featured well-known BBC presenters, was shot with hand-held cameras, and, though billed as a drama, was mistaken for a real documentary. The experience was so frightening for both viewers and the network that the program was never again rebroadcast in the UK.