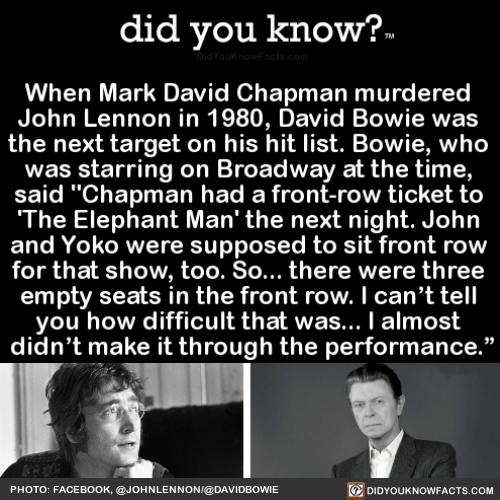 When Mark David Chapman murdered John Lennon in 1980, David Bowie was the next target on his hit list.

Bowie, who was starring on Broadway at the time, said “Chapman had a front-row ticket to ‘The Elephant Man’ the next night. John and Yoko were supposed to sit front row for that show, too. So… there were three empty seats in the front row. I can’t tell you how difficult that was… I almost didn’t make it through the performance.”