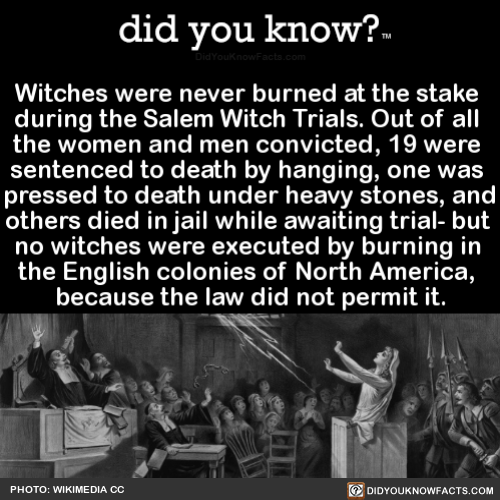 Witches were never burned at the stake during the Salem Witch Trials.

Out of all the women and men convicted, 19 were sentenced to death by hanging, one was pressed to death under heavy stones, and others died in jail while awaiting trial- but no witches were executed by burning in the English colonies of North America, because the law did not permit it.