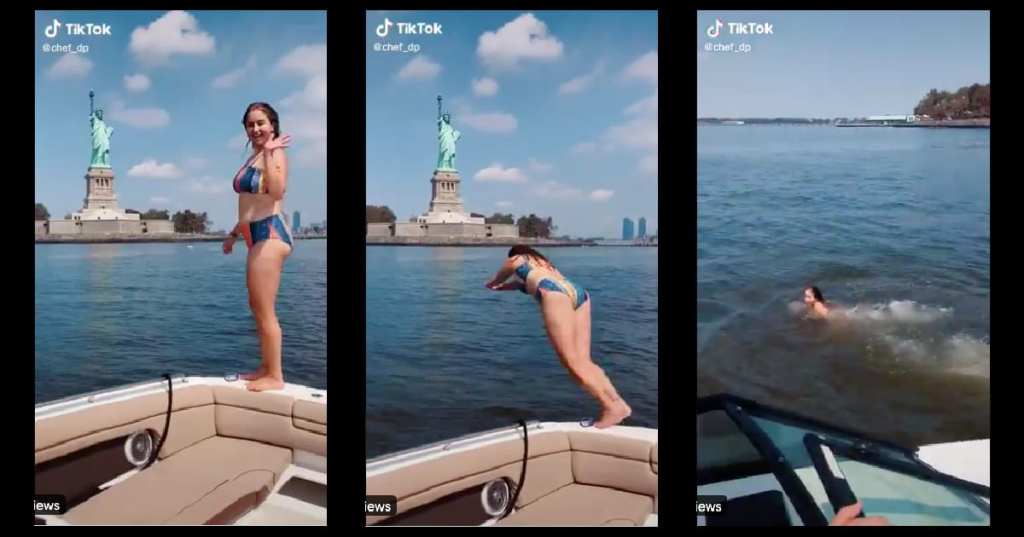 Imagine the very scariest thing you’ve ever seen in a movie, on television, or on one of those true crime shows I know you love to watch on television.

Now, tell me if any of those things is scarier than the thought of willingly submersing yourself in the Hudson River.

I mean, it’s not the East River, which is the most polluted on the eastern seaboard, but I mean. It’s pretty gross. There are jokes (probably based on real life) about how you can light it on fire. So. 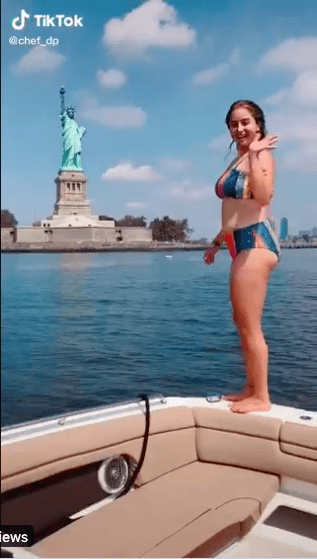 None of that mattered to extreme “YOLO” gal Donna Psysepar, though. The 20-year-old dove into the Hudson from a chartered boat on August 12th, and since then, her social media has been a firestorm.

Though Paysepar told ABC7 that she “expected” to go viral, since she “knew this was kind of an outrageous activity,” she didn’t expect so many commenters to be awful and mean.

“A lot of people are being very mean, saying ‘I hope she dies from that water,'” she told ABC.

Cannot stop thinking abt this girl who went swimming in the Hudson River for a TikTok pic.twitter.com/b58tPIP4A4

The Department of Environmental Conservation in New York says that swimming in the river is “generally” okay, but does admit that rainfall flowing into sewage-treatment plants can cause “overflows of untreated or poorly treated waste into the Hudson.”

The river’s reputation dates back to the late 1800s, when General Motors began dumping industrial waste into the water, and continued into the mid-20th century, when synthetic chemicals used for fire prevention and insulation – all of which are linked to cancer and other serious illnesses – mixed with the Hudson’s sediment and poisoned the fish.

Paysepar says in a separate video that the water she accidentally got in her mouth “tasted really bad,” and officials do recommend you not swallow any of the water, should you choose to swim in it.

If you want to follow in Donna’s footsteps, go ahead – just remember to keep your mouth closed.