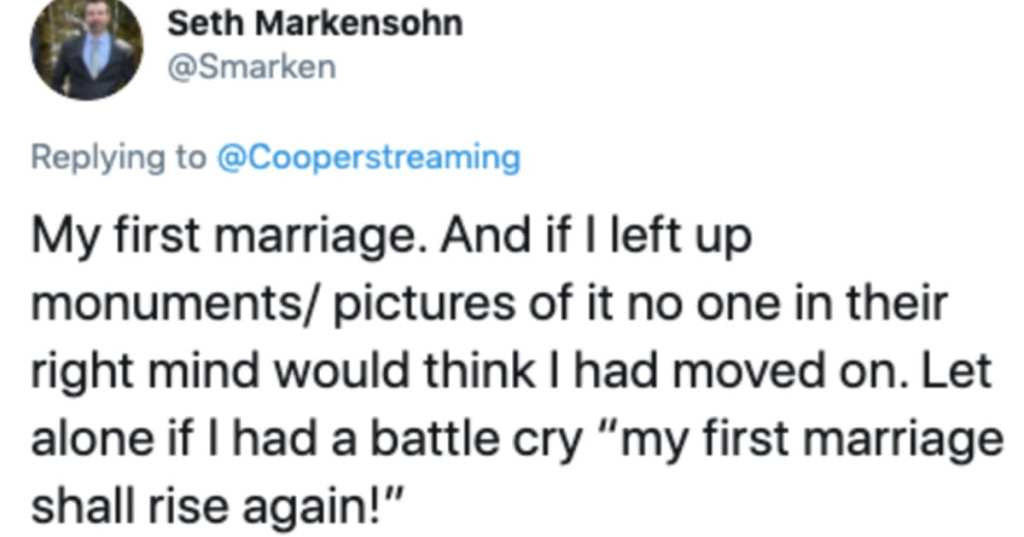 13 Things That Have Lasted Longer Than the Confederacy

Who doesn’t love a viral thread? No one!

That goes double for ones that are kicked off by a truly thoughtful – and hilarious – question, like asking people to name things that have lasted longer than the American Confederacy.

Name a thing that lasted longer than the Confederacy. pic.twitter.com/EHELSs3vI4

Here are 13 of our favorite replies.

13. This is somehow appropriately disgusting.

And sort of impressive because sometimes those things don’t last that long.

I had wicked bad ear infections as a child and had a tube implanted in my ear canal to help drain the… stuff. It was in there past it’s effectiveness longer than the confederacy existed.

11. This image is upsetting.

Not as upsetting as the Confederacy, but close.

I had an IUD placed in 2015 and got it taken out yesterday, so my birth control lasted as long as the confederacy.

Or as long as you’re cool.

I’ve had the same leather jacket since 1984. It is useful to me an never goes out of style.

The Confederacy deserves to be put in the ashcan of history. It was a Racist cause. They LOST. Get over it. Move forward.

7. Wayne Brady could do this forever.

And I would be ok with that.

Doctor Who, Supernatural, Whose line is it anyways?, Nintendo

6. These are things we wish would have lasted forever.

Though I guess some jerks say that about the Confederacy.

5. Is he sure he was showering often enough?

4. Appropriate because it also turned out to be a pointless disaster.

3. I guess she doesn’t make snickerdoodles.

Check the Cream of Tarter in your spice drawer, it’s been in there longer than the confederacy existed.

It deserves an Emmy.

My first marriage. And if I left up monuments/ pictures of it no one in their right mind would think I had moved on. Let alone if I had a battle cry “my first marriage shall rise again!”

1. That era could have lasted much, much longer.

If you ask me and my fellow Gen Xers.

My Janet Jackson/Freddie Mercury fashion style lasted for 7 yrs… this is to easy. The confederacy lost, get over it ppl.

I think it’s long past time we stopped romanticizing the states that seceded, don’t you?

Do you have something to add to the list? Tell us what it is in the comments!