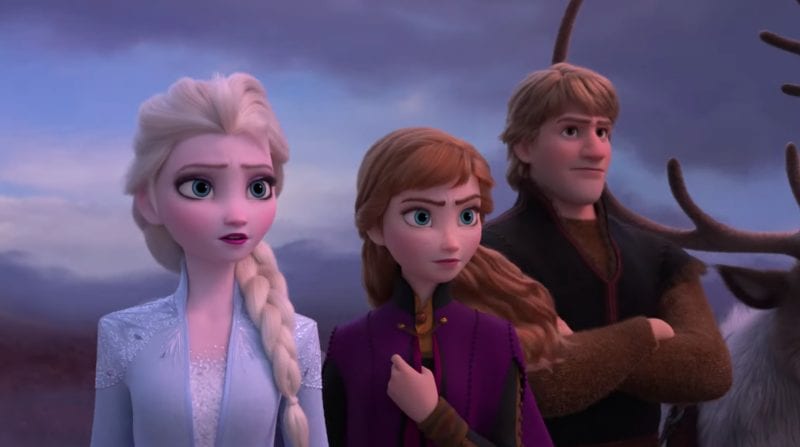 A Frozen 2 screening is probably the last place you’d expect a machete fight to break out, but that’s exactly what happened at a theater in the U.K. recently.

And not just any fight, but a fight with machetes.

The fight broke out on a Saturday afternoon at Star City in Birmingham, U.K. Families were peacefully watching the film when “major disorder” broke out. Up to 100 teenagers were involved, and, again, they were armed with machetes.

Venture into the unknown. Check out the new poster from Disney’s #Frozen2, and see the film in theaters November 22.

“Dozens of officers were sent to the complex after a 999 call just after 5.30pm reporting a group of youths with machetes,” a spokesperson for West Midlands Police told Independent. “Two machetes were seized during the trouble, which saw pockets of fighting and seven police officers left with minor injuries as they dealt with the crowds in and around the cinema.”

The entire theater was evacuated, and five teens were arrested, including a 13-year-old girl. Armed police officers and guard dogs were present at the scene.

“This was a major outbreak of trouble which left families who were just trying to enjoy a night out at the cinema understandably frightened,” Ian Green of the Birmingham police said.

Strangely enough, the theater decided to cancel screenings of a completely different movie, Blue Story, after the incident. Blue Story is a movie about London gang culture, and it features primarily black actors.

So… there was a machete brawl in Birmingham at a showing of Frozen 2. Despite the brawl involving Asian young people, photos illustrating accompanying news stories have been of black people.

And so because of ‘concerns about violence’, Vue have blocked Blue Story being shown.

People on social media are now accusing the theater of racial bias. Frankly, this whole story is just totally bizarre. Peak 2019, sliding in under the wire.