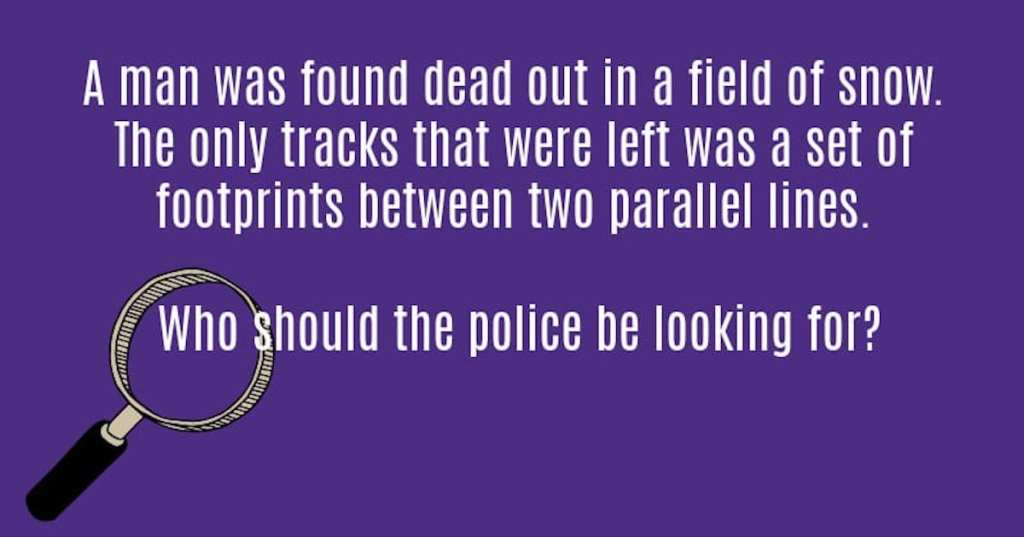 Bring Your Spyglass to Solve These 6 Riddles About Murder

So many people love true crime, unsolved mysteries, and even ghostly murder tales these days, it just makes sense that we enjoy the idea that we could solve some of these crimes ourselves.

If you’d like to don your detective hat, pick up a spyglass, and give some murder riddles a try, we think these 6 will do the trick! 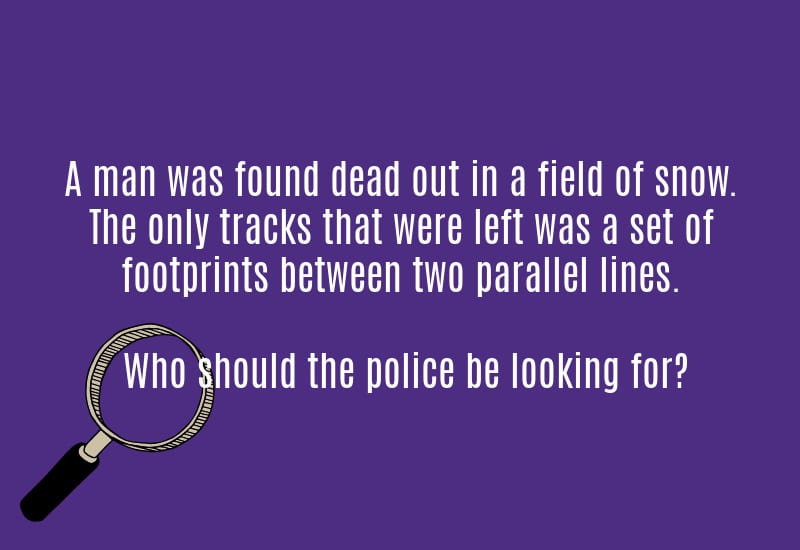 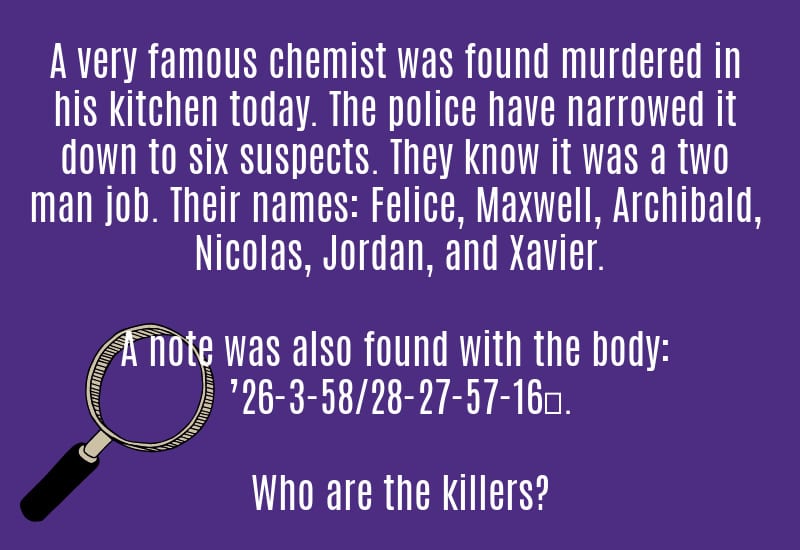 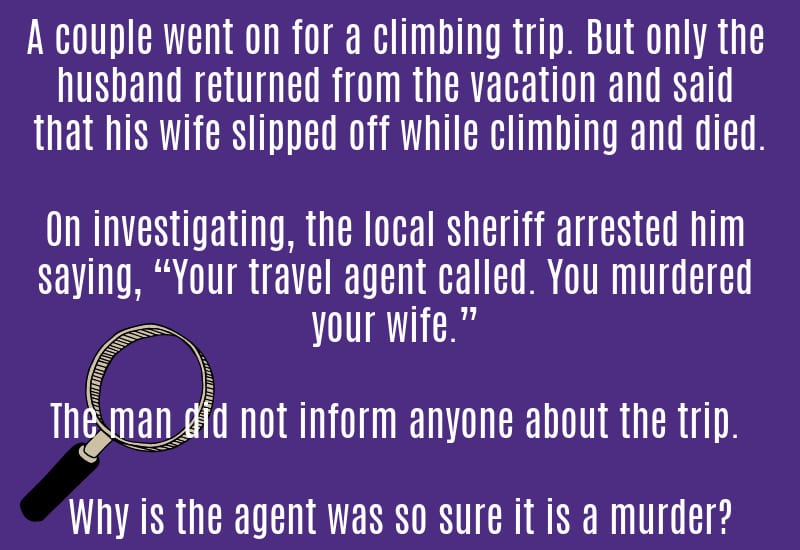 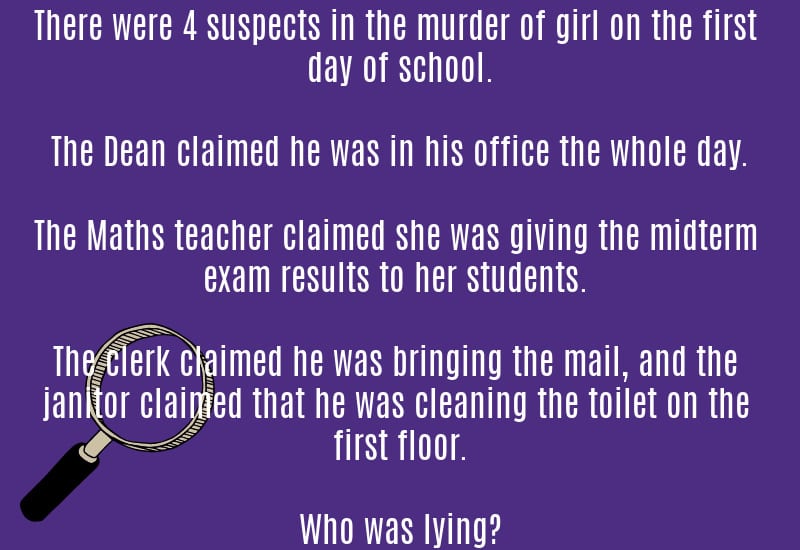 2. How to get away with murder? 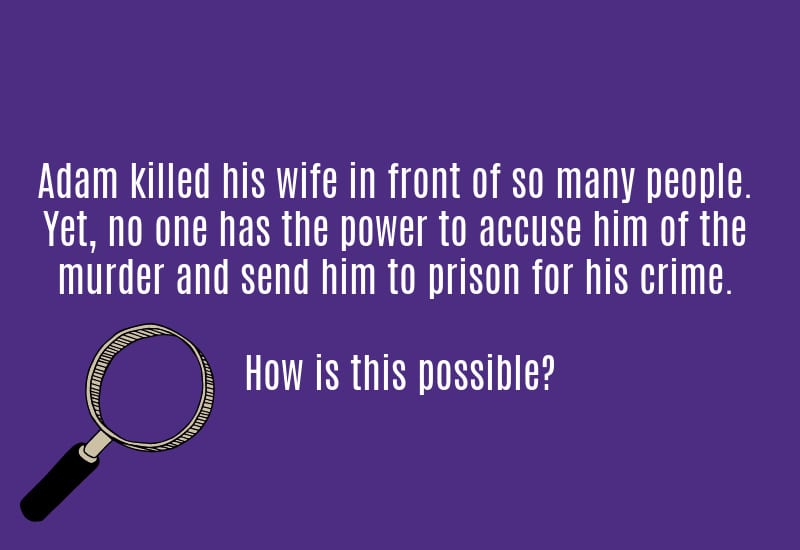 1. She cannot be punished. 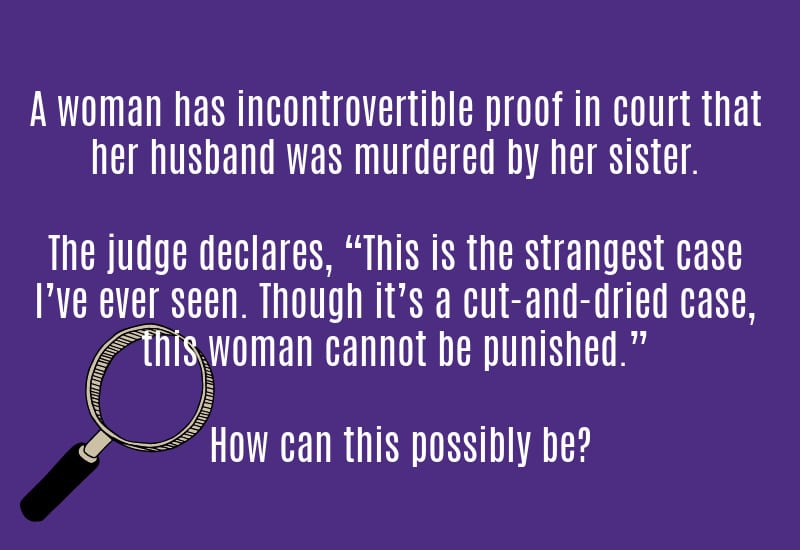 Continue reading when you’re ready to check your answers!

6. A man was found dead out in a field of snow. The only tracks that were left was a set of footprints between two parallel lines. Who should the police be looking for? 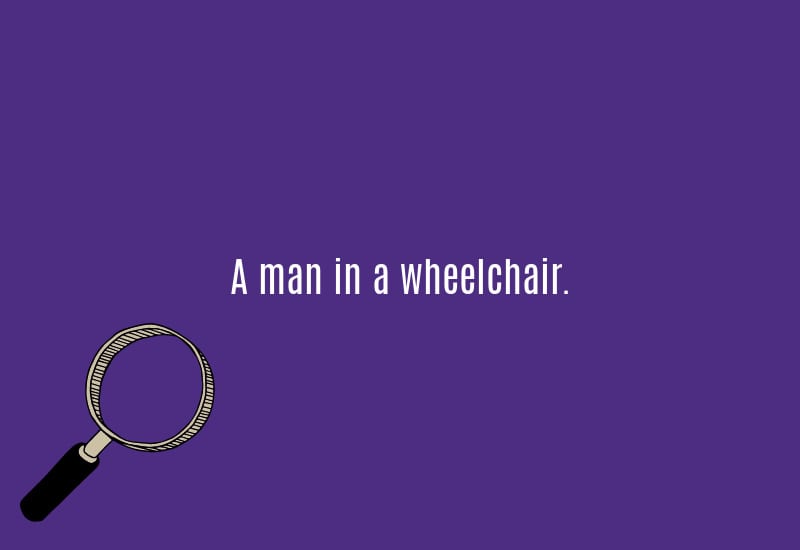 5. A very famous chemist was found murdered in his kitchen today. The police have narrowed it down to six suspects. They know it was a two man job. Their names: Felice, Maxwell, Archibald, Nicolas, Jordan, and Xavier.

Who are the killers? 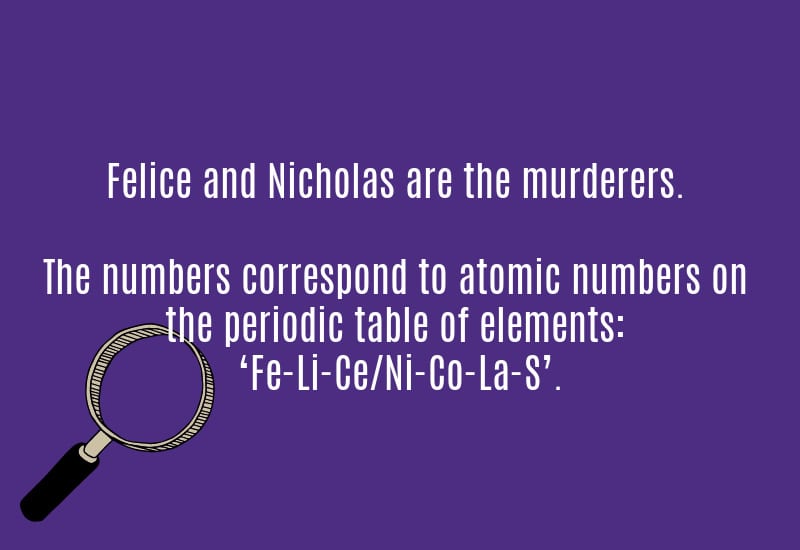 4. A couple went on for a climbing trip. But only the husband returned from the vacation and said that his wife slipped off while climbing and died. On investigating, the local sheriff arrested him saying, “Your travel agent called. You murdered your wife.”

The man did not inform anyone about the trip. Then how did the agent was so sure that it is a murder? 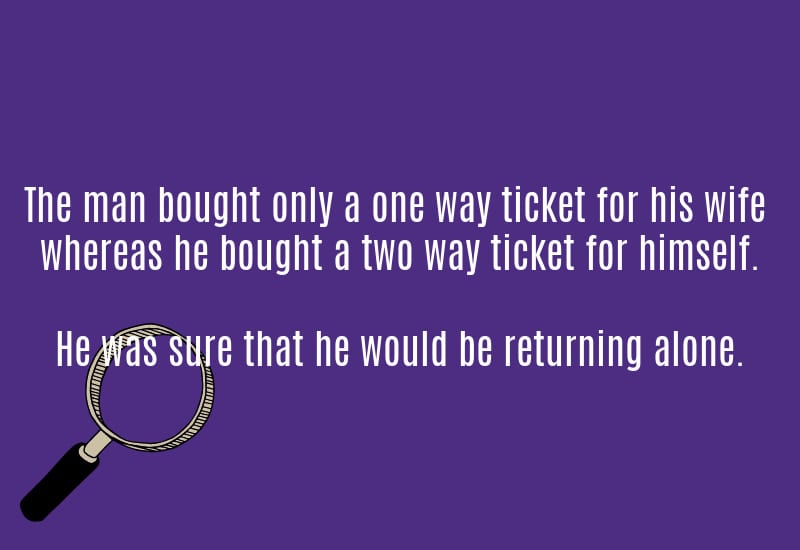 3. It was the first day of school when a young girl was found dead in the classroom. Police had identified four suspects. 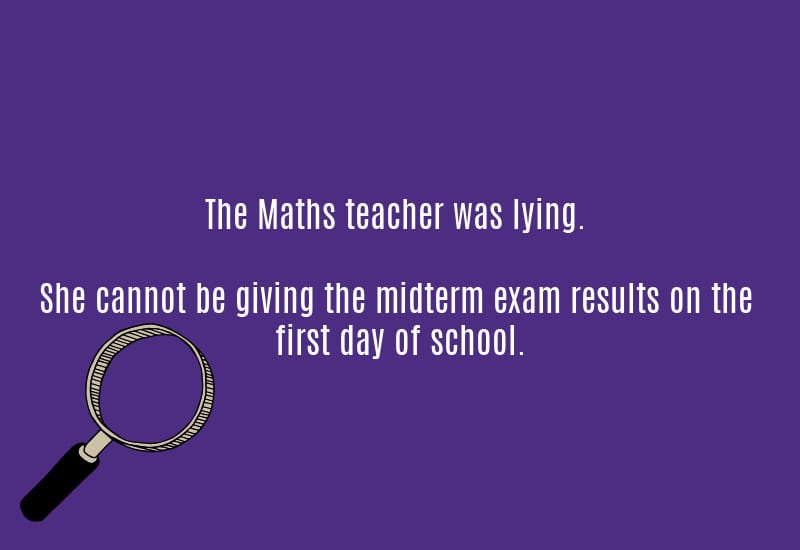 2. Adam killed his wife in front of so many people. Yet, no one has the power to accuse him of the murder and send him to prison for his crime. How is this possible? 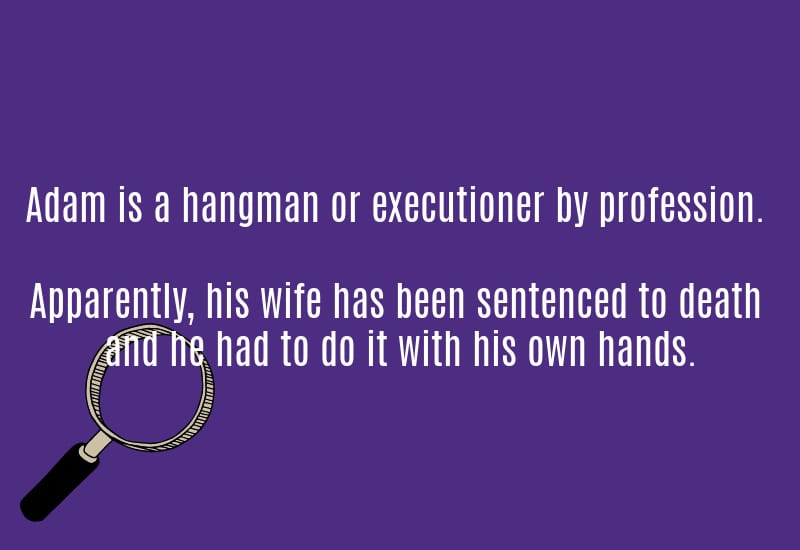 1. A woman has incontrovertible proof in court that her husband was murdered by her sister. The judge declares, “This is the strangest case I’ve ever seen. Though it’s a cut-and-dried case, this woman cannot be punished.” How can this possibly be? 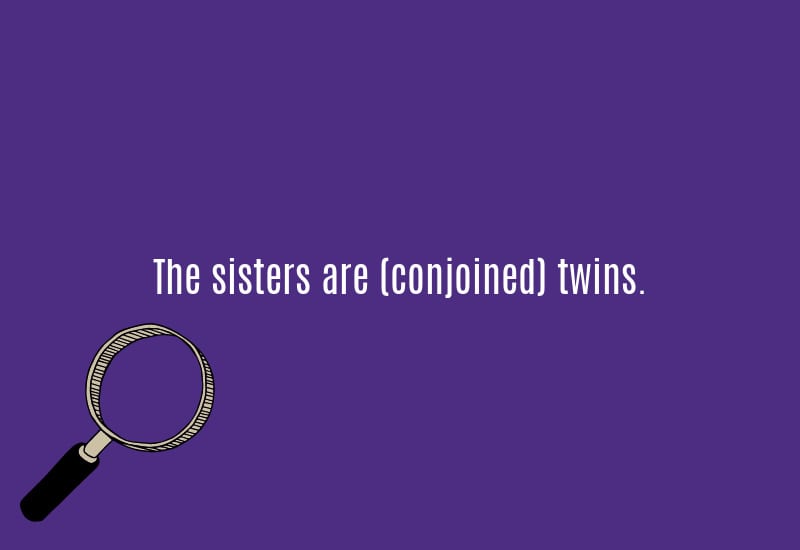 Did you solve them all?