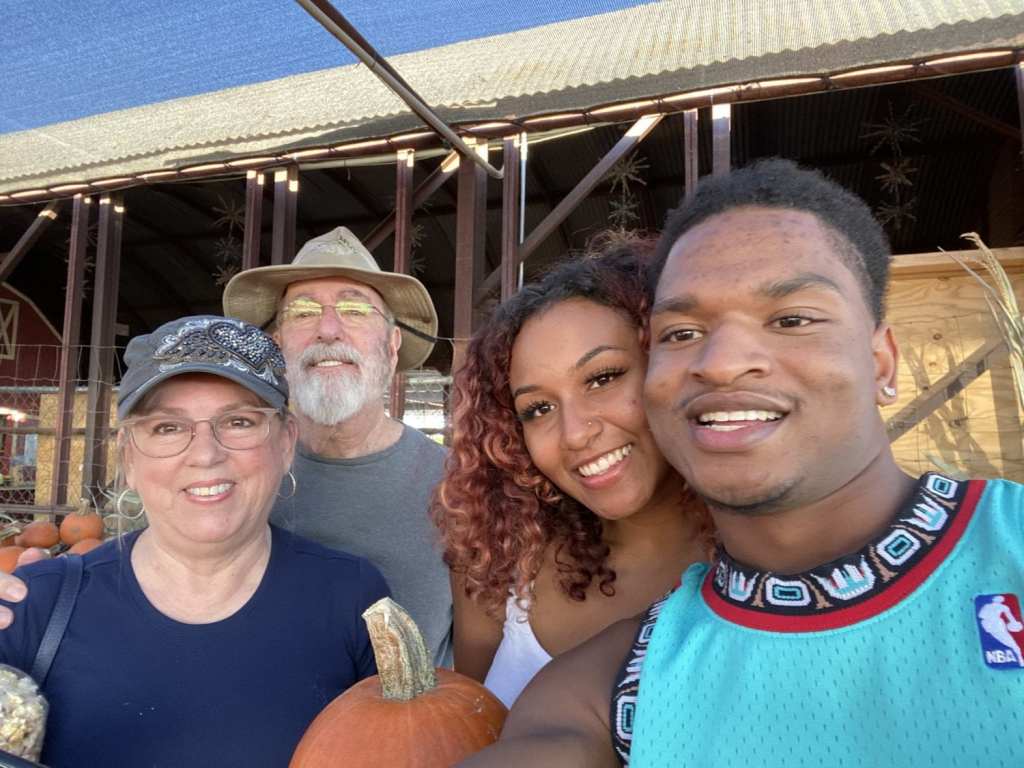 One texting mishap four years ago has led to an unusual Thanksgiving tradition for two families.

In 2016, Wanda Dench thought she had sent a Turkey Day invitation to her grandson. Her innocent mistake eventually led to a new permanent member of the Dench dinner table.

Dench’s text actually got delivered to high schooler Jamal Hinton. Skeptical at the dinner invitation, Hinton asked for a photo to prove the identity of the mysterious sender. When he received a picture of a blonde lady with glasses, the Phoenix native was surprised but not too shy about accepting the invitation.

Somebody grandma is coming in clutch this year!! Ayee!!! pic.twitter.com/QGrx83nHLl

In true Thanksgiving spirit, Dench welcomed the young man to dinner anyways. The tradition has continued over the years, and the now-62-year-old will be sharing this year’s holiday meal with Hinton at his girlfriend’s aunt’s house.

Since that fateful day during his senior year of high school, Hinton has gone on to earn a full-time job. Even though much has changed over four years, his appreciation for Dench’s hospitality and kindness has stayed the same.

“[Wanda] is a really good person,” he told Good Morning America. “I really enjoy the time I spend with her.”

As the daughter of a Navy veteran and the wife of an Army veteran, Dench was used to meeting new people throughout her life. While some of us are naturally adverse to strangers, the kind-hearted grandmother put it best, “Family is more than blood. It’s the people you want to be with.”

Ain’t that the truth! We’re excited to see Hinton’s report from Turkey day this year!