Sesame Street has been around basically forever, but even though it’s an oldie, it is always ready to push boundaries. When it comes to inclusion and addressing children’s issues that some might consider taboo, nothing is off limits.

With their newest cast addition, Karli, Sesame Street is proving that their commitment is as strong as ever.

Sesame Street has welcomed Karli, a Muppet in foster care, as well as her “for-now” parents, Dalia and Clem. All three Muppets appear in videos posted online as part of an initiative to provide free resources to caregivers navigating difficult issues, such as family homelessness, foster care and trauma. Karli, a green Muppet with fluffy pigtails, is introduced in an online-only clip called “On Your Team,” in which Dalia and Clem chat with their old friend, Elmo’s father, about becoming foster parents. Karli is the latest newcomer in an effort to make @sesamestreet more inclusive. In early 2017, Julia, a young Muppet with autism, became the first new Muppet in a decade to appear on air. A homeless Muppet named Lily was also introduced in December. Read more on washingtonpost.com.

In the video, Karli thanks Chris for watching her and Elmo while her mother is in a meeting. Elmo asks what kind of meeting, and Karli replies, “My mom needs help learning to take better care of herself, so she talks to people with the same problem.” 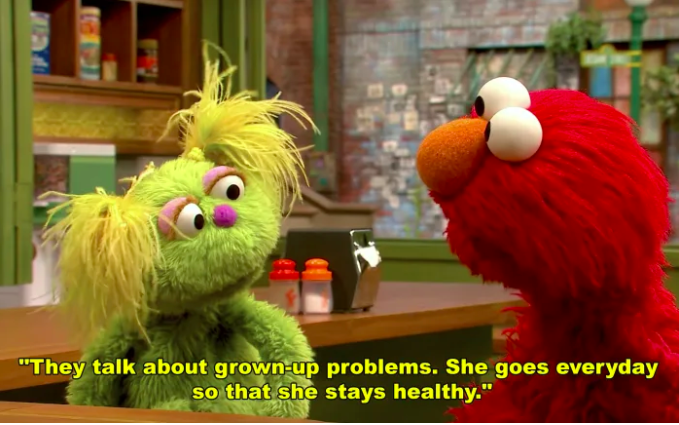 She also explains that she goes to meetings of her own with other kids like her – kids whose parents are struggling with substance abuse – and talks about how it helps her understand and feel not so alone. 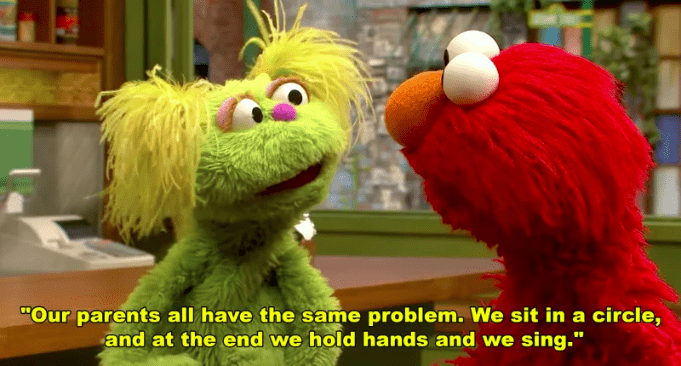 Elmo is very understanding, too, and he and Chris help Karli feel even better by the end of the video.

Sesame Street in Communities aims to cover sensitive family topics like addiction, divorce, and grief, and the nonprofit released a statement promising to ai the resources to the “5.7 million children under age 11, or 1 in 8 children, living in households with a parent who has a substance abuse disorder.” 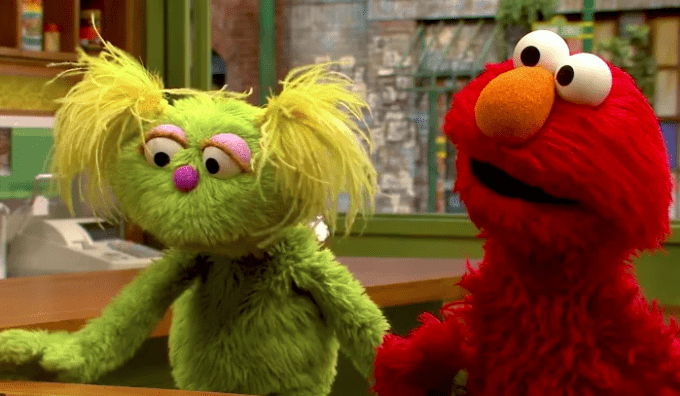 Life can be tough, and even though we all wish children didn’t have to face hard truths too soon, the fact is that they do.

It’s comforting to know that no matter what comes their way, Sesame Street will be there to offer them solace, understanding, and friendship, all without judgement.