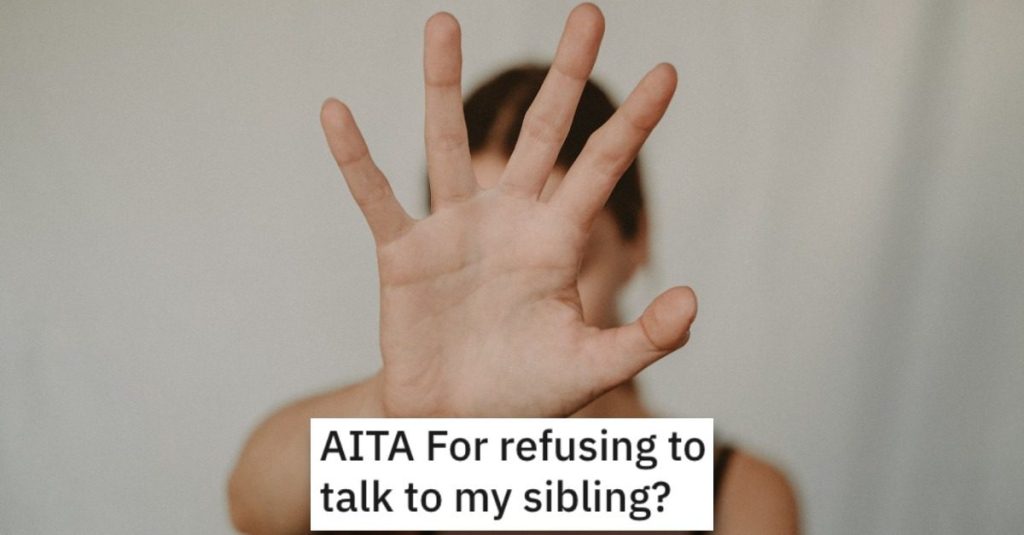 They Refuse to Talk to Their Sister. Are They Wrong?

Sometimes you just have to cut people off…

Even if they happen to be your brother or sister…

Read on and let us know what you think in the comments.

AITA for refusing to talk to my sibling?

“My sister, I’ll call her T here, has always been more successful than me,especially academically.

I have certain learning difficulties, but I am in no way dumb, I just need more instructions for me to be able to complete certain tasks. T always seemed to believe that she is better than me because of this, to the extent that she would say it to my face and honestly, I couldn’t really argue with her because our parents took her side.

I managed to graduate high school in the top of my class. I applied to multiple universities, one of them being Cambridge. I didn’t think I would be able to get in, even with my good grades in high school and extra activities,but it was my dream university. To my surprise, i managed to get into 4 of the 5 universities I applied for, Cambridge being one of the 4. I was very happy about it, but T was not.

She came into my room and started crying and shouting at me because I got into a university that was more prestigious than her’s. She told me that if I was a good sibling, I wouldn’t mind going to a less known university, and started saying stuff like “how could you do something like this to me?!” “I am the smart child!” “You h**e me don’t you?” “I bet you’ll fail and drop out with that pathetic IQ of yours.”

I barely spoke to her after that,and when I moved out I blocked her on every social media I had. My parents are very mad at me, saying that I should at least talk to her and let her apologise, and tell me that she acted that way because she was just very angry in that moment and didn’t mean it.

They say i’m being very immature, but that was the last straw for me and I don’t want to talk with her even though it’s almost been a year since we had the fight.”

This reader said they’re not the a**hole and that they’re allowed to be happy for their success. 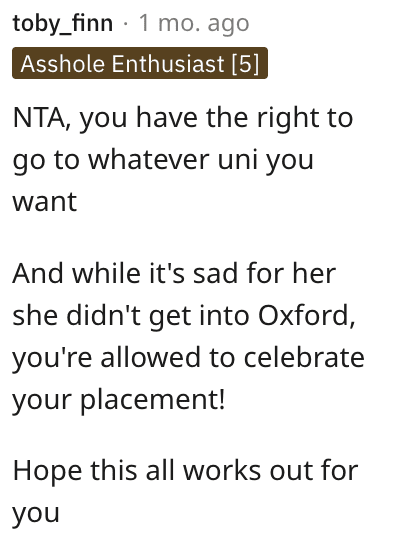 And this individual also said they’re NTA and that her sister was cruel and WRONG.

And this Reddit user said they don’t understand the logic here and that any decent sibling would be proud of her accomplishments. 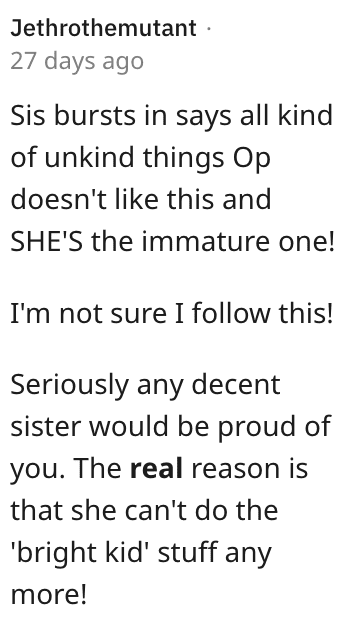