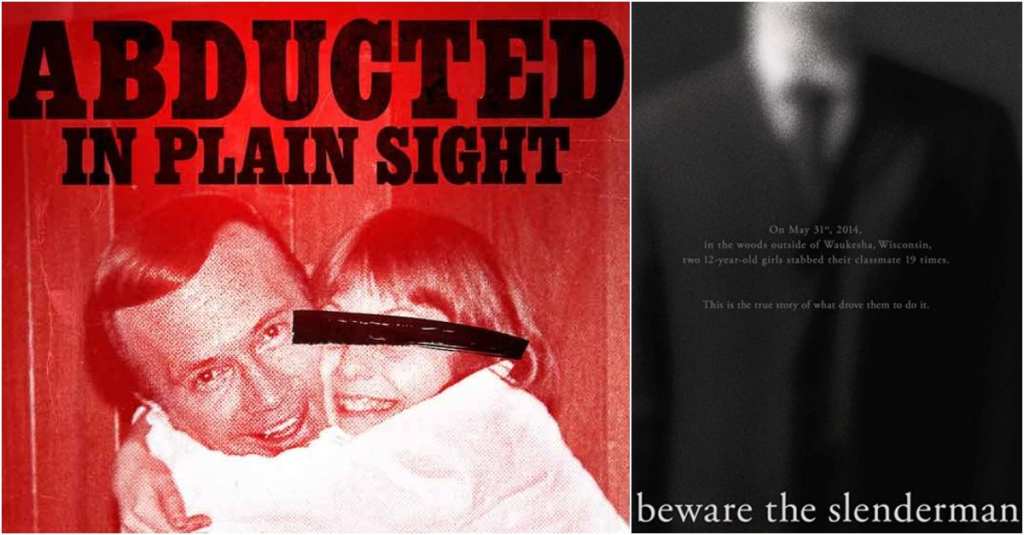 10 Crazy Documentaries That Are Stranger Than Fiction

Are you in a bit of a rut in your movie-watching schedule? Feel like you’ve seen just about everything on every streaming service?

Well then, good thing you clicked on this article, because these 10 documentaries will give you something to watch, think about, and talk about with your friends and family.

Because they are all not only well-made, but downright bizarre.

This Netflix documentary focuses on the true story of a predator who became obsessed with a young girl in the 1970s and began to manipulate her entire family. This one has to be seen to be believed.

Seven siblings are confined to their New York City apartment for years because of their parents’ trepidation about the outside world, and they learn about everything in life from watching movies. The siblings must also cope with the outside world once they leave their apartment and try to exist in society.

A set of triplets who were separated at birth are reunited after they grow up, but the documentary tries to find out why the siblings were separated in the first place.

Now this is a bizarre film. Director David Farrier set out to make a documentary about competitive endurance tickling (yes, it exists), but his project becomes so much more than that.

Remember the pop star Tiffany from the 1980s? These people sure do. In fact, the two subjects of this film are OBSESSED with the singer in a pretty unhealthy way.

The rules are simple: the last person still touching a pick-up truck wins the vehicle. But the documentary turns into so much more than that. It’s funny, interesting, and a bit depressing.

Marla Olmstead was only 4-years-old when she began painting abstract art and her parents cashed in by selling her works for large sums. Some people began to speculate that little Marla received help with her paintings and that buyers were being scammed. An interesting story, to be sure.

HBO’s true crime documentaries usually never disappoint and this one is just as disturbing as the network’s other efforts. The film explores why two young girls in Wisconsin stabbed and tried to murder their friend to appease a fake Internet character named “Slenderman.” Very strange.

Richard Kuklinski was one of the most hard-core, stone-cold killers to ever walk the face of the Earth. And these in-depth conversations with the man himself in prison prove that beyond a reasonable doubt. It’s absolutely chilling to listen to Kuklinski nonchalantly talk about the various murders he committed throughout his life.

Errol Morris has made many great documentaries, and Tabloid is yet another in his impressive body of work. Kirk Anderson, a Mormon man, claimed that a beauty queen named Joyce McKinney kidnapped and sexually assaulted him. The story became tabloid fodder and became twisted and convoluted from there.