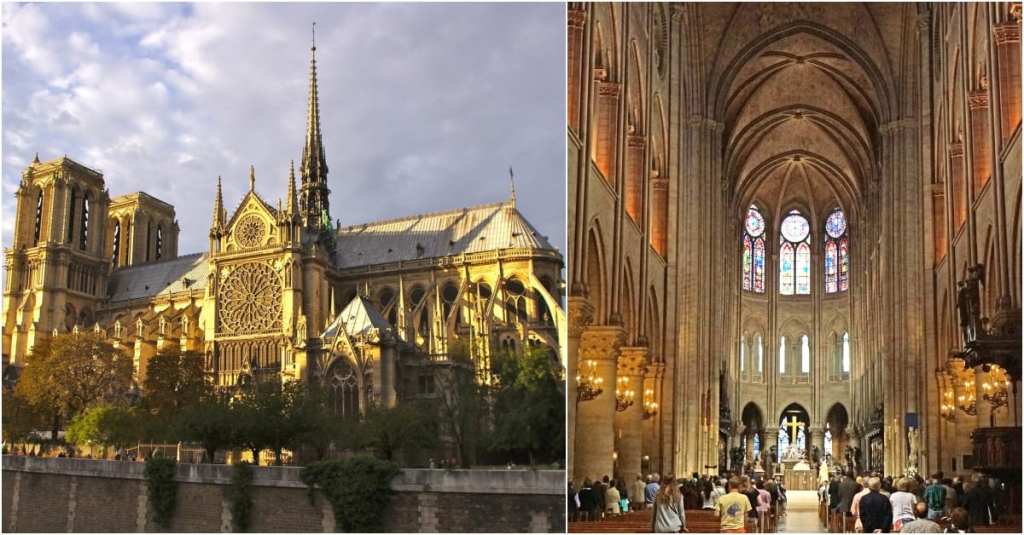 The images coming out of Paris have been devastating. The iconic Notre Dame Cathedral suddenly went up in flames on April 15, 2019, to the shock and horror of Parisians and everyone watching.

Anyone who has entered her doors or even gazed at the cathedral from the street knows what an important place Notre Dame holds in the hearts of French citizens, Catholics, and people all over the world.

Here are 10 facts about the historic Notre Dame Cathedral. [Editor’s Note: We don’t know the fate yet of much of the building, so we’ll keep the facts in present tense to remain hopeful.] 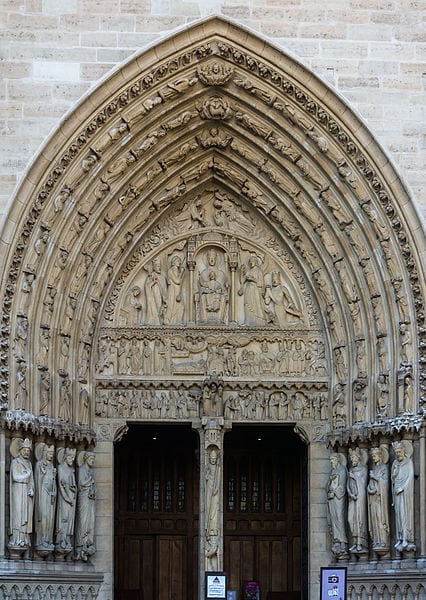 There is one entryway that stands out as different from the others on the cathedral’s western facade. That’s because the Sainte-Anne Portal was not originally designed for Notre Dame – it is from an earlier era and was actually recycled from a different Romanesque church.

The lattice of the roof is nicknamed “the Forest” because Notre Dame contains one of the oldest wood timber frames in Paris, dating back to the 12th century. Each beam is made from an individual tree. 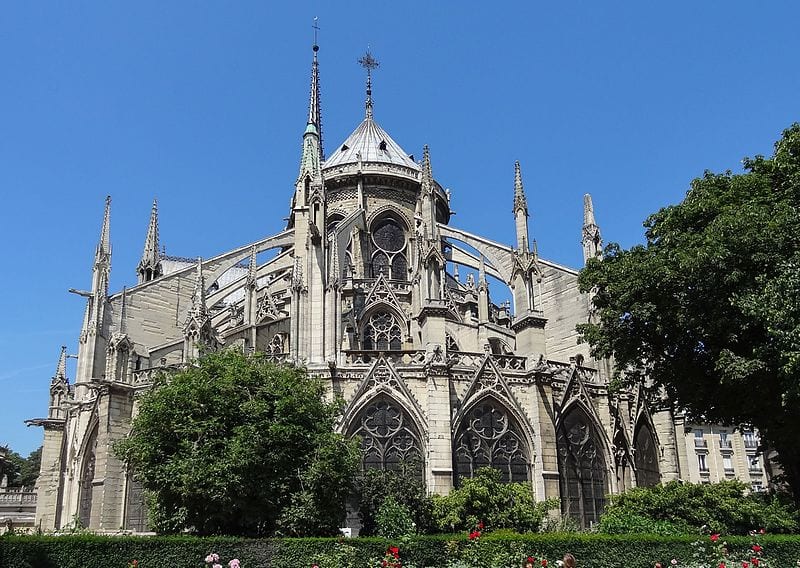 During the French Revolution in 1793, 28 statues of biblical kings in the cathedral were taken down with ropes and had their heads cut off by angry mobs. It wasn’t until 1977 that 21 of the decapitated heads were rediscovered during construction on the basement of the French Bank of Foreign Trade. Those heads are now in a museum.

5. The towers are not identical 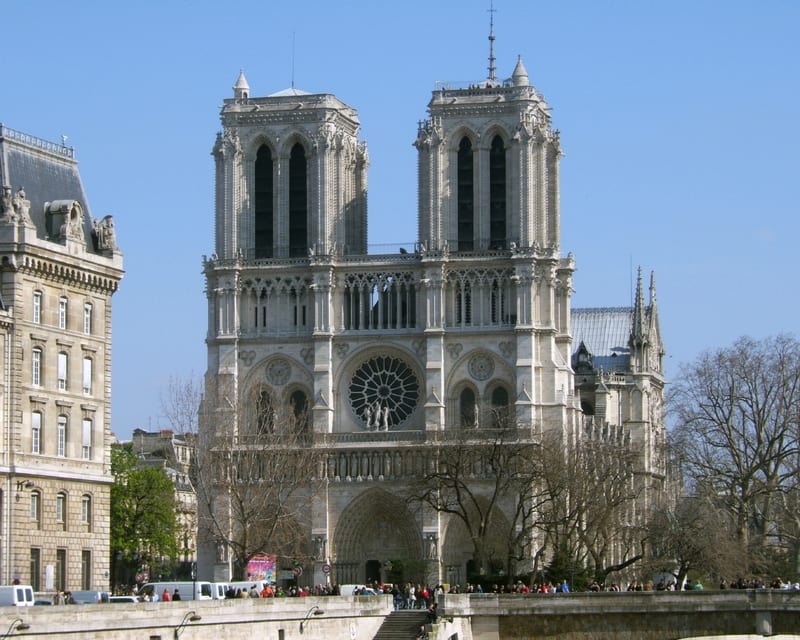 When you first glance at the cathedral’s towers, they look identical. Closer inspection shows that the north tower is a little bit bigger than the south tower. Study some photos and you’ll see the difference.

All but one of the cathedral’s bells were melted down for artillery during the French Revolution. The bells that replaced the old ones in 1856 were not as well made and produced a sound that was not as harmonious as the originals’.

Finally, in 2013, new bells were installed that restored the original sound from before to the Revolution.

7. Lightning rod from on high

Sadly, the spire collapsed in the tragic fire, but until the collapse a rooster sat on top of the spire. The purpose: three relics were placed inside the metal rooster in 1935, including a piece of the alleged Crown of Thorns and bits of the city’s patron saints, to create a sort of “spiritual lightning rod” to protect churchgoers inside. 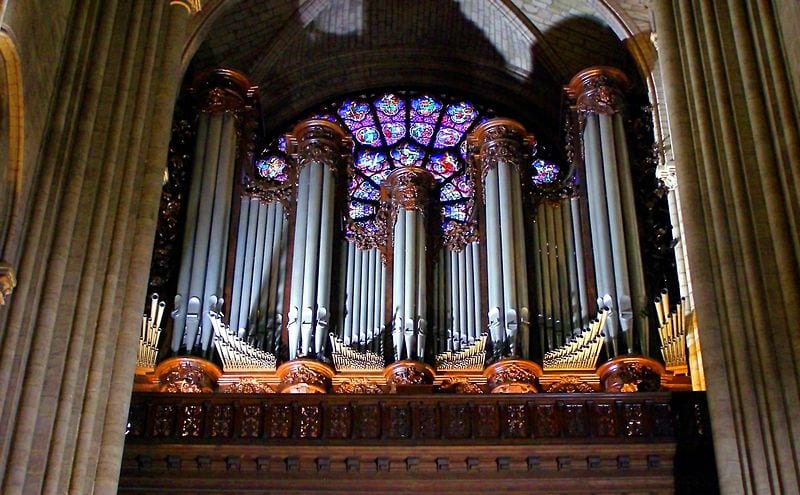 The organ inside the Notre Dame Cathedral is thought to be the biggest in France. The organ has roughly 8,000 pipes and five keyboards. It seems to have survived the fire, though likely not entirely unscathed.

Outside the Cathedral, you can find a marker on the ground that is known as Point Zero – it is the location from which other cities in France are measured in distance. It was placed in the ground in 1924.

All roads in France really do lead to Notre Dame…

10. Napoleon and Victor Hugo to the rescue

Notre Dame was on the verge of demolition when Napoleon decided to have his coronation as Emperor held there in 1804. The cathedral had experienced years of neglect, but his coronation brought the structure prominence once again. Napoleon’s ceremony did not, however, address the structural decay of the cathedral.

Victor Hugo gave the cathedral huge recognition in his 1831 novel The Hunchback of Notre-Dame, which rebirthed it in the French national consciousness. The book was a giant success and led to a major renovation.

May they rebuild the cathedral as quickly as possible so she can regain her former glory!