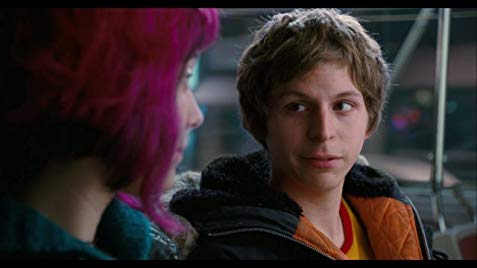 10 Jokes About the Way Underrated Film, Scott Pilgrim vs. the World

Are you a fan of the 2010 film Scott Pilgrim vs. the World? The movie has really taken on a life of its own in the past several years, pretty much becoming a bonafide cult classic.

Here’s the trailer to refresh your memory.

A lot of people out there are HUGE fans of the film, and they consider it to be very underrated. And living in the age of social media, they like to talk about it on Twitter.

If you’re dating a girl with colored hair you’re single to me. Tf Ramona Flowers gonna do? Show me her exes??

Thoughts and prayers to Scott Pilgrim and Ramona Flowers as they deal with seeing their exes thrive so hard. #CaptainMarvel pic.twitter.com/bYsTW3Hs4T

Scott: “garlic bread is my favorite food I could honestly eat for every meal, or just eat it all the time without even stopping”

no offense but when ryan gosling learned piano for la la land, everyone named him king of the fucking world but when michael cera learned how to defeat the seven evil exes, escape limbo & play bass in sex bob-omb for scott pilgrim, everyone calls him untalented??? excuse me ?????

remember ramona flowers? this is her now. feel old yet? pic.twitter.com/pfuhh4Kc4W

Are you a big fan of this movie? Share your thoughts with us about it in the comments!