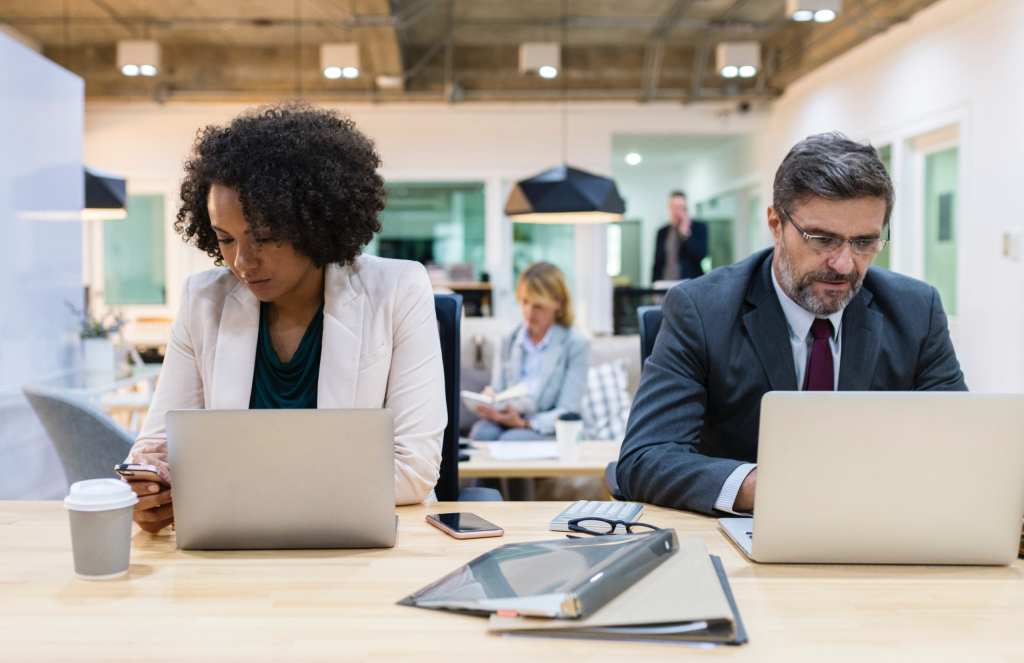 15 Managers Share Why New Employees Quit On Their First Day

Good help is hard to find. The older you get, the more you realize how true that statement is.

Sometimes people start a new job and realize that they just can’t hack it…or maybe they don’t want to hack it because they realize they’ve stumbled into a bad situation.

Regardless, here are stories from AskReddit about new employees either quitting or getting fired on the first day.

“My uncle retired and, after some time had went by, he decided to get a part time job at a bait store for some extra spending money.

The afternoon boss told him to be there at 8am, but when he showed up at 7:45am and knocked on the door to be let in, the morning boss told him that he was 15 minutes late. The guy started to get in his case about how he was expected to be there a half hour before his shift to straighten up and restock shelves.

My uncle told him he could take his job and shove it up his butt. He was back on the road by 7:48.”

“I used to work in a really small grocery store that usually only had one manager and one cashier in the store at all times.

I had put up my 2 weeks notice and prior to leaving trained up the new manager to take my place.

The next day after I left from what I was told the manager quit 2 hrs into their first solo shift leaving the poor cashier behind who had been there even less time than the new manager.”

“The fastest was the one who was a no-show their first day.

It’s all good, about 8 months later they contacted us to say they were ready to come to work.”

4. And he was never seen again

“I once needed a new graphic designer in my unit so I (as was procedure) told HR what I needed and they came back in a couple weeks with someone they had hired. He met us all, sat down and was . . . very confused. He was an accountant, not a graphic designer.

They had hired him as an accountant, and asked him lots of accounting questions. Nothing at all do do with the position. HR was called, he left with them. I never saw him again. I hope they kept him on as an accountant!”

First day he had a 26 foot box truck and three stops in the Frederick Md market, about 2 hours from our warehouse. He leaves at 7:00 AM and is back at 11:30 AM. I see him and say ‘wow, that was really fast.’ He says he’s going to get some cigarettes and will be right back in. Gets in his car and leaves, we open the truck and everything is still there, exactly as loaded. He doesn’t answer his phone and never comes back.

We never found out what happened.

For the next 6 months, anytime anyone in the warehouse was having a bad day, they’d say ‘I’m going to get cigarettes.’ “

“I worked at a prison, we had a woman come in get hired, for her first day which is where we start the finger print scan to upload data to the feds, and do your physical and TB test, she had gone down and not come back after 3-4 hours.

We called down to see what was up.

Turns out she was wanted two states over for identity theft, and was now being housed at intake.”

I worked at a phone store in a very Hispanic neighborhood. He claimed to be fluent in Spanish in the interview (I probably should have verified that). He learned pretty quickly that he’d really need the Spanish, so he got super stressed and stormed off.

8. Not a morning person

“I used to manage a grocery store.

We had to come in at 6 AM to start throwing the loads and getting the store ready for the day.

Had a new hire come in 5 minutes late on her first day, at 6:05, just to give me her locker key and tell me she has never woken up this early in her life and that she can’t do the job. “

9. Too hot to handle

I hired someone to work in a manufacturing plant. We did a tour of how hot the floor would be during the interview. No problem.

First day at work, he walked out after 15 minutes of work because it was “too hot.” “

“We hired a girl for a live-in job (I worked on a university campus).

She was hired, drove down like 3 – 4 hours, began her first day, apparently got some other offers that were closer to home, realized she made a huge mistake, packed her stuff and was gone that evening. “

“When I worked at Target as a GSTL I had a new hire come in, work 30 mins ask for a smoke break since it was slow and never came back.

I called her cell an hour later, and she answered, “s**t was boring you know.”

We sent her a check for her time, which she came in and cashed at the guest services desk.

She later did a pr0n, which was terrible for the record.”

“We hired a front desk girl and when she discovered we had HIV patients, she quit before she “had to check one in.”

How she got through the hiring process without realizing that an HIV clinic in fact has HIV patients is beyond me.”

“I had a new hire that left just after signing the i9 form and just before starting her computer training. So maybe 1 hour in?

Anyway my HR assistant didn’t file the termination paperwork correctly (supposed to send a certified letter) and a year later the employee successfully sued for unemployment because we never gave her a schedule so she didn’t know when to come in next.”

14. Not a good environment

“I worked 4 hours as a cold calling telemarketer. Never went back, never picked up my check for the work.

The managers were the scummiest people I ever met and I was literally the only person on shift who was sober. Everyone else, managers included, was on something.

I appreciate everyone trying to help me get the money I never got. I didn’t want it. I was about 19, doing summer work, and I sure don’t need it now. But again, thanks all. Seriously, it was like $20.”

“Once I worked a temp job at a salmon canning factory for a week or two. We got a couple of new temps one day, a girl in her early twenties and a creepy Somalian guy who could’ve been 25 or 40. Somalian guy spends all day trying to hit on this girl, asking her if she will be his girlfriend within a couple of hours.

He then begged her to go on a date with him to McDonald’s on our lunch break. I guess he followed her to her car at lunch and started harassing her. She drove off and never came back.

There’s some real scumbags out there and I feel terrible that women have to put up with people like that.”

Have any situations like this you’ve experienced? Yeah you have…

Share them in the comments, fam! We love to read them!