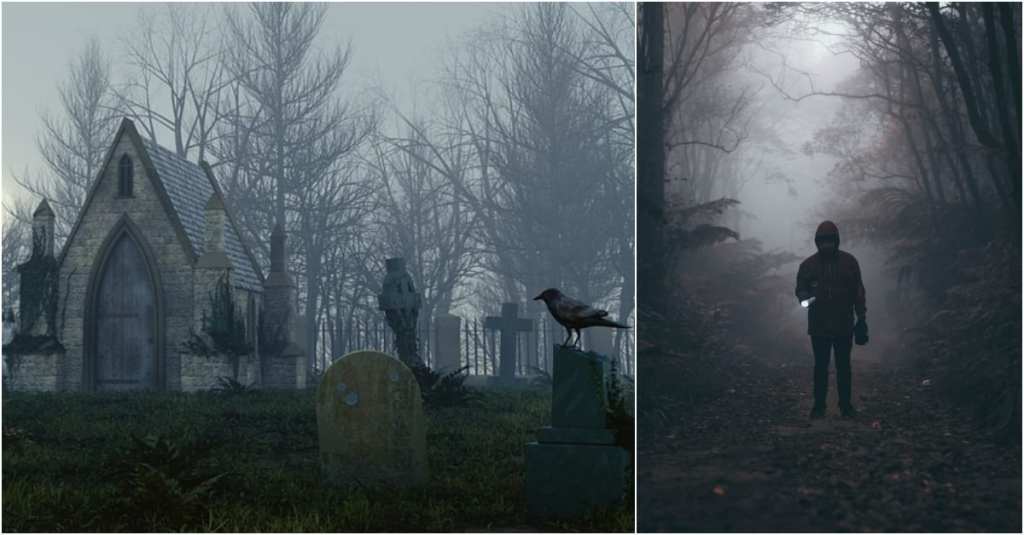 Where did you grow up? Do you remember the local legends and folklore that horrified kids and were passed down through the ages? Don’t go near that house? Stay out of those woods?

Every state and every community has those delightfully scary stories, and here are 10 of the creepiest from different states. 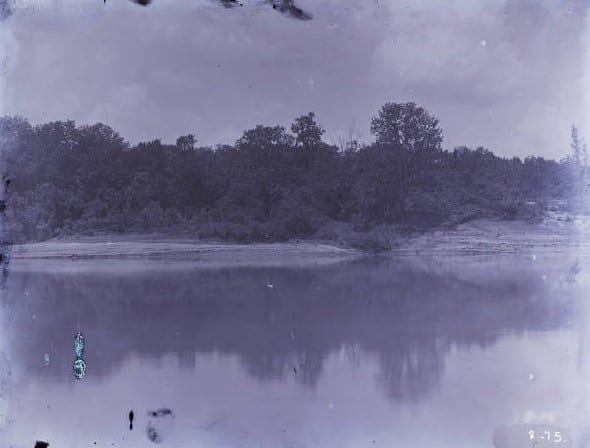 Some of the people who boarded the ship Eliza Battle in February 1858 had no idea that they would never get off the doomed vessel. On March 1, the ship, bound for Mobile and was loaded with cotton bales, caught fire, and 33 passengers and crew members died.

People say that sometimes you can see the burning Eliza Battle rise from the Tombigbee River, trying to make it all the way to its final destination.

During the battle of Poison Spring in April 1864, Union General Frederick Steele took over the home of a mailman named John Chidester to use as his headquarters. Chidester was thought to be a Confederate spy, and Union troops fired into the walls where they believed the man was hiding in a closet. Chidester fled to Texas, but the bullet holes can still be seen in the home.

Some believe that Chidester’s ghost still haunts the home, telling unwanted visitors to “Get Out!” 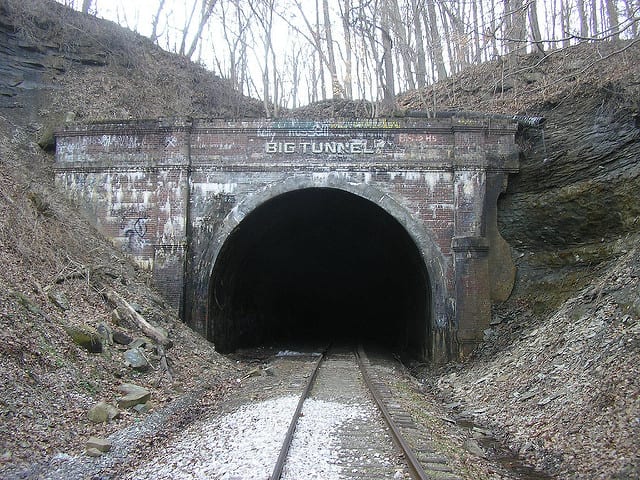 The town of Tunnelton got its name from all the railroad tunnels that surround it. The one called “The Big Tunnel” in town is supposedly haunted by a man who was beheaded during the construction of the structure.

Another ghost known to roam the tunnel is Henry Dixon, a watchman who was murdered there in 1908. His murder was never solved, and some believe that Dixon roams the eerie tunnel seeking justice. 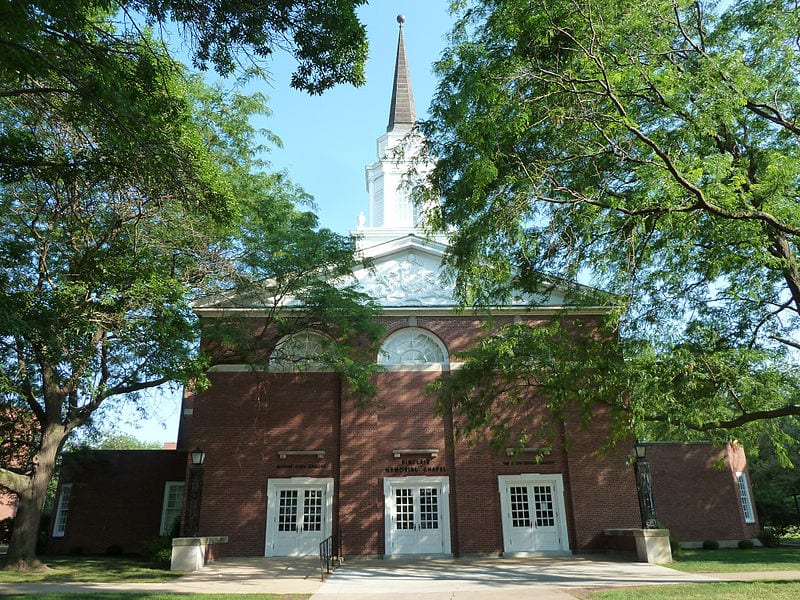 Located in Cedar Rapids, Coe College is said to be haunted by a student named Helen Esther Roberts, who died during the 1918 flu pandemic. Roberts used to haunt Voorhees Hall, where she lived, and is thought to live in an old grandfather clock.

Students claim to have seen a ghost while the clock was being installed, a ghost that pulls the covers off of their beds and even plays the piano in the lobby on occasion. Others claim that the clock sometimes stops working at 2:53, the time when Roberts died. The clock was moved to Stuart Hall in the 1970s, and that’s where Roberts now plies her ghostly trade. 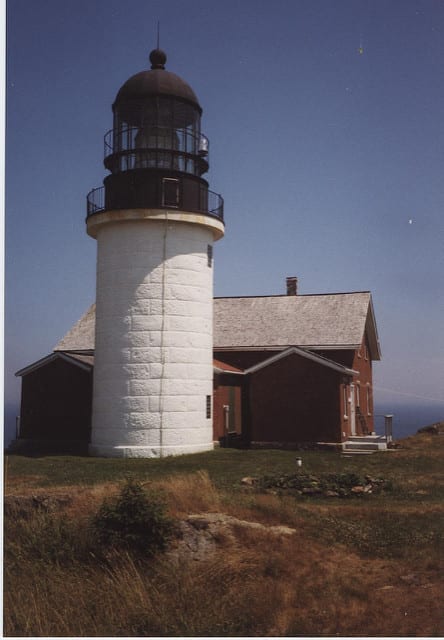 Of course the home state of Stephen King has a haunted lighthouse. It’s located on Seguin Island, two miles off the coast of Maine. The legend says that a lighthouse keeper and his wife moved into the structure in the mid-1800s and that the man had a piano and sheet music delivered from the mainland so his wife could play.

The wife learned one song and played it over and over, eventually driving her husband insane. The lighthouse keeper smashed the piano to bits with an axe before he murdered his wife: he then took his own life. Visitors say they sometimes still hear the ghostly song being played, or that they see the lighthouse keeper walking around carrying an axe. Is that a Stephen King story, or what?!?

If you happen to be near the town of Saugatuck in western Michigan, beware of the Melon Heads. Local folklore tells us that these creatures with small bodies and oversized heads haunt the woods around the town.

Some believe the Melon Heads were 19th-century children who suffered from hydrocephaly that made their heads swell and that a local hospital was conducting terrifying experiments on them. The little haunters are said to tap on car windows (especially if you’re parked and gettin’ it on). 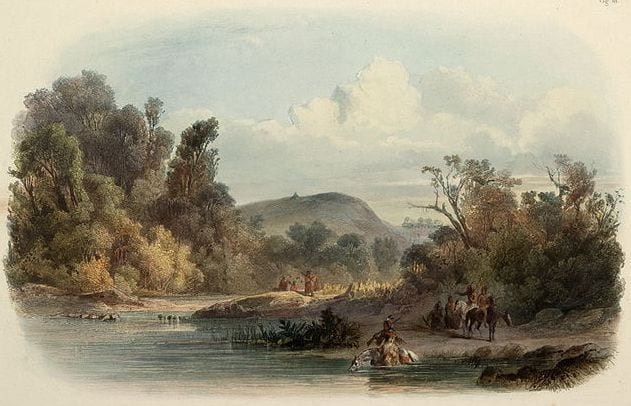 If you dare to venture to Blackbird Hill in Nebraska on October 17, listen closely to see if you hear a woman screaming at the top of the hill. The voice belongs to a woman who was murdered by her jealous husband. The man stabbed his wife and jumped from the cliff. Spoooooooky.

Edward Teach, better known as the famous pirate Blackbeard, reportedly haunts a cove on Ocracoke Island on North Carolina’s Outer Banks. After his capture, Blackbeard was beheaded and his head was displayed on a British ship. His body was thrown to the sea.

An area known as Teach’s Hole is known to be haunted by a headless body splashing around in the water. Some other people say Blackbeard haunts the area with a lantern, searching for his lost head. 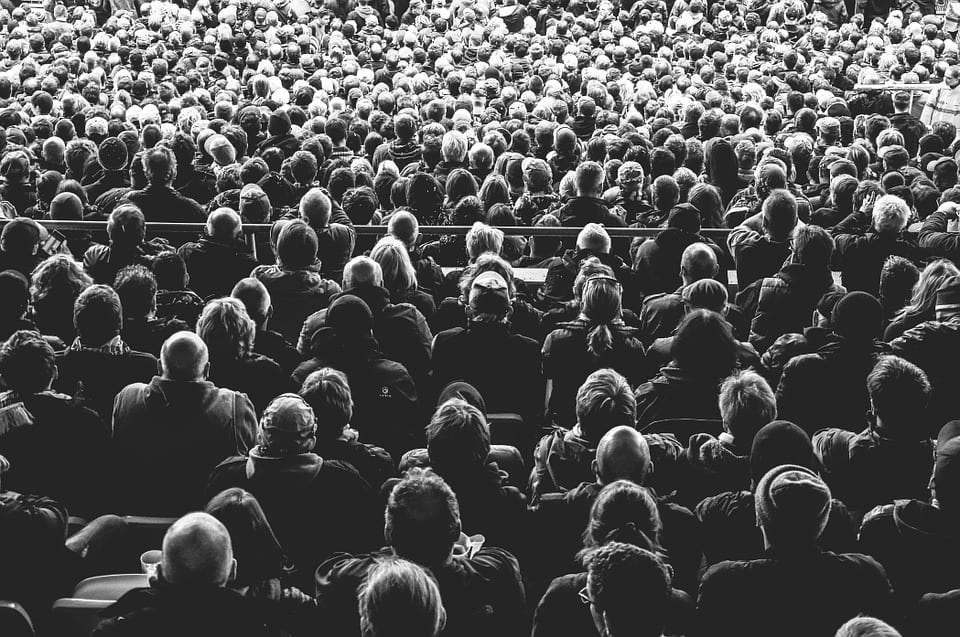 The Kuhn Cinema in Lebanon, Oregon has been around since 1936. Locals say that a teenager once plummeted to her death from the theater’s second balcony and has haunted the joint ever since. Some even say that her image occasionally flickers onto the screen, terrifying viewers. Keep ahold of that popcorn. 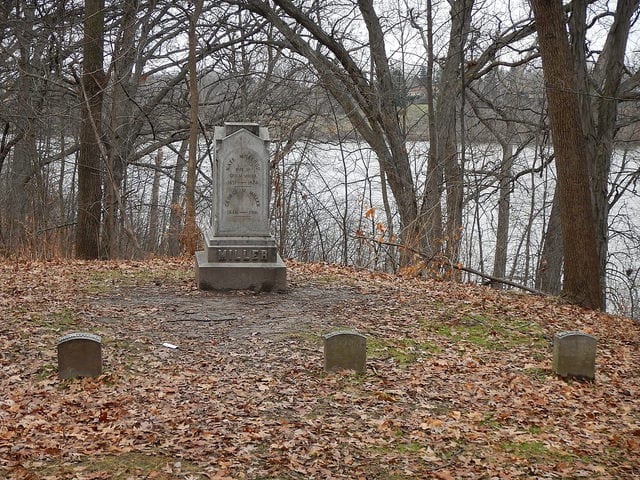 There’s something very strange happening at Riverside Cemetery in Appleton. The tombstone of a woman named Kate “Kitty” Blood is said to ooze, you guessed it, blood. One rumor says that Blood was murdered by her husband. Another says that she was a witch.

The truth is that Blood died from tuberculosis at the age of 23. But her creepy name and the isolated location of her tombstone has become part of the local lore in Appleton.