Mel Brooks is a genius, and if you don’t agree with me on that, you’re wrong. No seriously; end of story.

I found out after we got married that my husband doesn’t think Young Frankenstein is funny,  and I don’t know… if I would have learned that ahead of time, I’m not sure I could have gone through with it.

If you’re with me, you’re going to love these 10 delightful facts about Spaceballs.

#10. Bill Pullman was the third choice.

The actor had not yet landed a starring role and was only approached after Tom Cruise and Tom Hanks turned down the role of Lone Starr. Pullman feels like Brooks was able to take a chance on him with John Candy and Rick Moranis already in place.

#9. The guy who played Pizza the Hutt refused to return for reshoots.

Dom DeLuise voiced Pizza the Hutt, but it was actor/effects man Richard Karen who donned the pounds of fake molten cheese. But he noped out of additional shooting, leaving effects artist Rick Lazzarini to take one for the team.

#8. There was an animated series that spoofed the (awful) prequels. 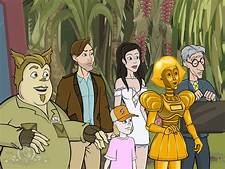 Spaceballs was rediscovered by audiences as the Star Wars prequels hit the big screen. In 2005, Brooks produced and directed a 13-episode season of Spaceballs: The Animated Series to go along with it. 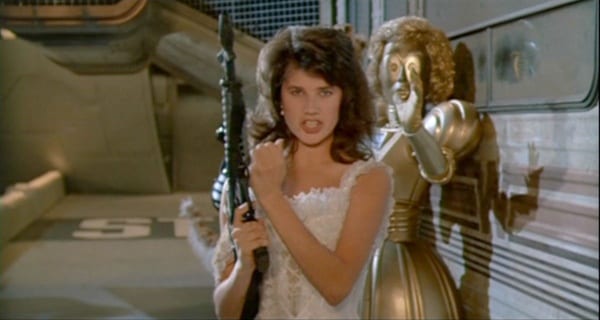 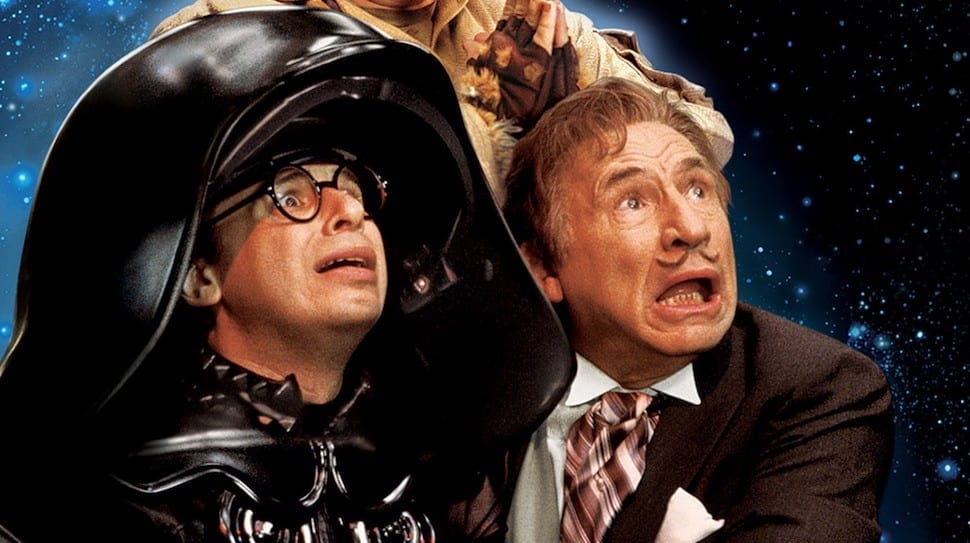 A competing film called Morons from Outer Space forced them to rethink that once they got the green light for the project.

#5. He had an allergic reaction to his Yogurt makeup.

Yogurt was the film’s Yoda equivalent, and one of two characters played by Brooks. The latex used in the costume made Mel break out in a rash that spread to his eyes.

#4. It was hard to compete with Barf’s ears. 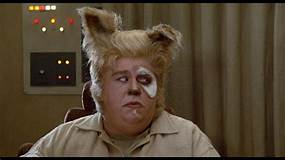 Lazzarini and the effects crew followed John Candy around to control both his tail and ears, and at one point Brooks yelled that they “didn’t have to move the ears so much!” because they were so active they stole the scene from other characters.

#3. Rick Moranis was offered a sequel. 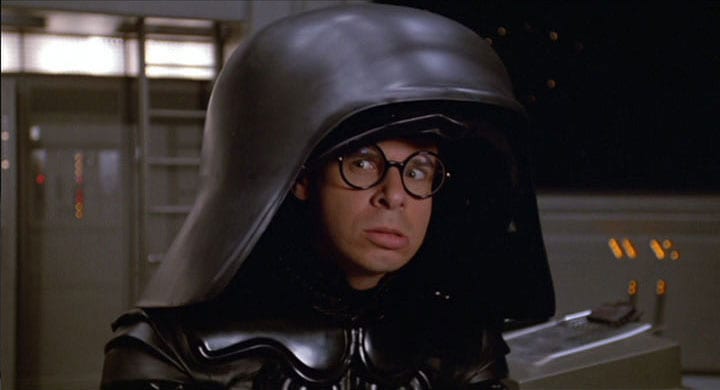 Rick Moranis retired from acting in the 1990s to focus on his family, and when Brooks approached him about a sequel, the lack of money and enthusiasm stalled them both.

Lucas agreed to the satire being made, but only on the condition that no Spaceballs merchandise be made and sold. Which is just so George Lucas…

It could have been because Brooks used Lucasfilm for all of the post-production work – to the tune of $5 million.

Time for a rewatch!