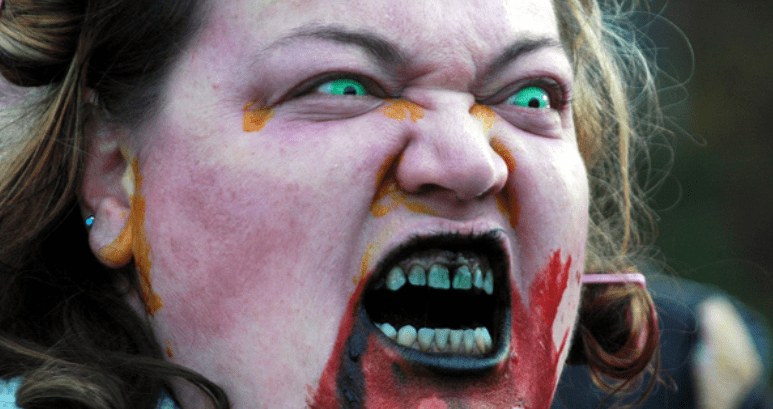 Sometimes, you have a major realization that someone you thought was your BFF is no good for you. And then – poof! Someone you leaned on for support is no longer there. It’s a weird feeling, to be sure, but sometimes you just need to cut people loose.

In this AskReddit article, people reveal when they realized their best friend was anything but…

“When she told me my husband and I would make hideous babies because red headed babies are the ugliest thing she has ever seen. She also locked me out of our hotel 4 hours from home with no way home at 3 am that same day after an arguement over her saying my husband kills people for a living (he’s a chemist who works on developing chemotherapy). That was the last time I’ve spoken to her, 4 years ago. Such a jealous woman.”

“When he didn’t invite me to his birthday party. I went over to drop off a present, thinking he wasn’t having a party (hadn’t mentioned anything at school) and found him with his better friends.”

“In grade seven, start of middle school, my best friend told me she couldnt invite me to her birthday party because she made too many new better friends to invite. Yet then after the party her and all her new friends ganged up on me for not going? When I wasnt invited? So confusing.

Also grade seven, best friend since aged 1, just refused to acknowledge me. We had gone to different schools for elementary but once we were in the same school it was like I didnt exist.

In grade two a girl I was close with made a new friend and said she didnt need me as a friend anymore and stopped talking to me.

Grade 4 another friend made friends with a new girl and the new girl didnt like me so friend dropped me.
Honestly I feel like looking back I shouldve realized they all thought I was weird… undiagnosed aspergers growing up eh. Still hurts tho.”

“When my girlfriend left me my best friend at the time said “it’s cool man, I f*cked her, you don’t want trash like that in your life.” He was right.”

“When he posted wedding photos on Facebook. I didn’t know he was dating anyone.”

6. Stabbed in the back

“When he took credit for something I did and then talked shit behind my back saying I didn’t do any of the work.”

“He was best man at my wedding. We had not much contact for a couple of years, but I still considered him my best friend. I heard about his wedding well after the fact, guess we’re not best friends anymore.”

“Our conversations were getting shorter and less intriguing. One day, I received great news and wanted to share it to my best friend. I then realized that they deleted and blocked me on facebook.”

“When she invited me out to dinner as a Christmas gift, and then when the check was dropped, told me she actually couldn’t treat bc she had impulse bought her shitty boyfriend a plane ticket when she was drunk the evening before and therefore didn’t have the $$.

Among other things, but this was the moment when I was really like, wow, my friendship means nothing to her.”

“We graduated from high school and she went to college halfway across the world. When she came back to visit, when I tried to hang out with her she was always too busy. I later saw tons of pictures posted on Facebook with her and other girls having fun together. So that’s what she was so busy with.

Then at one point she told me that those girls had actually invited me to everything but she convinced them I wouldn’t be able to go. I would have been able to go. I left her alone after that

Edit: I see a lot of speculation in the comments so I’ll try to clear things up – these girls were all people I’d been going to school with since kindergarten or so. We all knew each other. I was on good terms with the other girls. The girl I’d been best friends with since first grade so I felt loyal to her even though as we got older she got meaner. I’ve learned better since then.

I have no idea why she said that but when she said it, it was with no malice or shame or anything. Like she was just offfhandedly stating a fact. I honestly can’t figure out why. Maybe she really did think I was busy and it just came out really, really wrong. But it seems deliberate when you do that consistently for 2-3 weeks while everyone was back home.”

“My best friend of high school, someone who I thought would be in my life for a long time, started to hit on a girl that I was talking to. He would lie about me to change her opinion of me. And the best part is he never admitted to a thing. Maybe not that bad, but I felt really betrayed.”

“When I invited her to hang out with me at the nearby lake for my birthday, she said she would get back to me. She never did, instead she posted on her Snapchat story about how much fun she was having with her other friends. I stopped talking to her after that.”

“I found out she was uploading my art to a “bad art blog”. I only found out because she sent me 2 paragraphs telling me I was a horrible friend anonymously on tumblr, then when I went to her crying over it wondering who it was she said it was her and then blocked me. I thought I could still fix things but then I found the bad art blog with my art on it, and found out she was talking shit about me to her other friends.

I was only 15 and even though its been years since it I’m still fucked up by it in some ways.

If you don’t like someone, don’t pretend to like them and make fun of them behind their backs. Just let them know you feel like you can’t be friends anymore and distance yourself. Yeah that will hurt in the short term but it won’t monumentally fuck over someones entire psych as being fake will.”

“When he ghosted me after I told him I had a tumor that ended up being cancerous.”