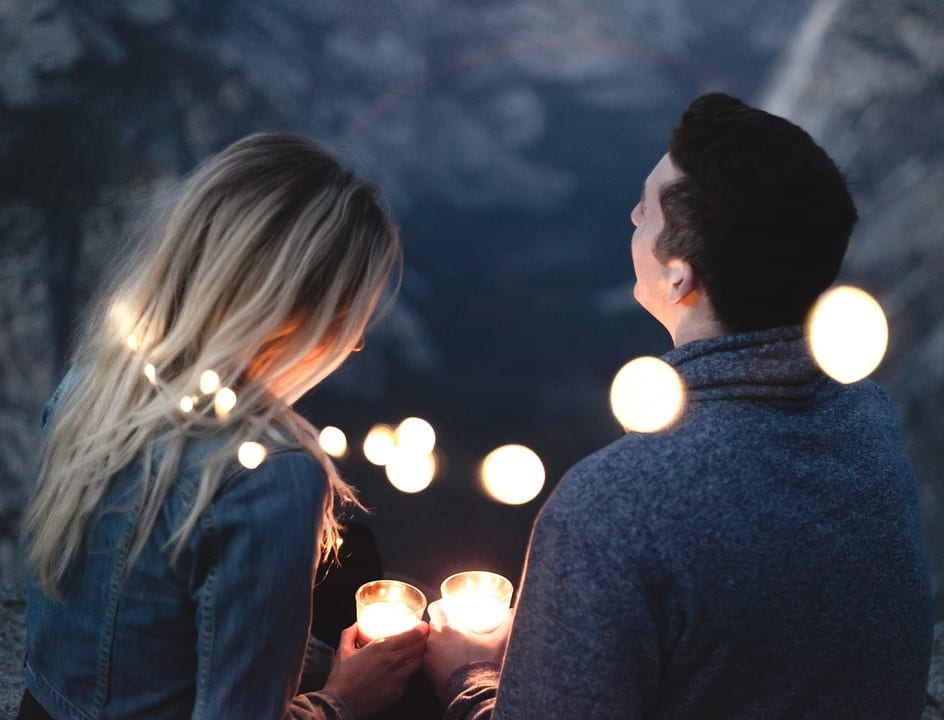 10+ People Share the Cutest Dates They’ve Ever Been On

Get ready for some warm fuzzies! We mostly only hear about the awful dates that people go on, but let’s learn about some of the good ones, dammit!

In this article, AskReddit users tell us all about the cutest dates they’ve ever been on. Like I said before, all the good stuff!

“An all day date. Back when I was in high school I had a crush on this guy for a few months, and he FINALLY asked me out. Texted me the night before and was like “hey, I have rowing later in the day. Can we do a movie at like 10am?” I was totally fine with it, so that was our plan. He came, picked me up, and we saw the movie —- after the fact he looked at me and told me that he wanted to blow off the rest of his plans for the day and spend it with me. The second activity was bowling, which I’m atrocious at. I told him this, and he said that he was super good at bowling and maybe it would rub off on me, which I said maybe I’d be lucky this time.

So every time we would take our turns, after his he would make a BIG show of “wiping off” his body and “rolling” all of his luck into a ball and throwing it to me (it was actually the best I’ve ever bowled). From there we went to dinner, and then went to every dock around the lake that we live on. On the final dock, we were skipping rocks and he kissed me — it was my first kiss and I was literally shaking excited and nervous. It wasn’t anything SUPER special, but I’ll always remember it.”

“I took my now wife to Steak n Shake for the first time, then drove her out in my truck to a cornfield in the middle of nowhere to see the stars and lightning bugs coming from the field. She’s an LA girl and had never seen stars or that many lightning bugs before. Seeing her face light up when I walked her to the field and she looked up and saw all those stars was the moment I fell deeply in love with her.

And then a wave of lightning bugs came out of the corn and she gasped and had this huge smile and I fell even harder. It was absolutely adorable. We then went back to Steak ‘n Shake to get shakes.

I still take her out to the darkest areas I can find to see the stars. Her face still lights up as soon as she looks up. I’ve never seen anything that beautiful in my life. I end up staring at her more than the stars.”

3. What happened to the ex?

“We went to a botanical garden and geeked out over all the cool plants they had.

“It was hardly a date. We both just decided to meet in the city. We rode the tram and went to the Saturday Market. I dont remember where we ate or how to date came to a close. I just remember her. She had that spark from the first moment, we both really laughed with each other and acted like we had known each other our whole lives even though we complete strangers hours beforehand. Never could plan something so perfect.”

5. With a little help from your friends…

“Our first valentines date, I bought a shit ton of glowsticks, a small stereo system and my laptop to school to set up for our after school date (we were in highschool).

Thing is, I can’t set up sh!t AND be on a date at the same time. I had my buds secretly set up everything I bought for the date as me and her were eating.

I scouted a pavilion at a river side park, I had them set up the glow sticks in a path leading to it, ending in a heart in the center of the pavilion with my laptop playing a playlist of “our songs”. After our meal we went for a walk in the park and oh what do you know, “hey look lights!” and away we went. We danced for like 10-15 minutes before we got cold.

I gave my buddies $20 for pizza. They are the real mvps of that date.”

“Met up for Greek food. In ten minutes I had realized that I had never met anyone like her. Interesting, interested, smart as a whip, funny, and gorgeous. We ended up hanging out for the next six hours, just walking around, eventually going to her buddy’s shop where I met her friends (who were all cool).

The next date we ended up hanging out for most of the night, and neither of us wanted to drive home so we set up a hammock in a park and fell asleep. I still have a picture of her head poking out of the hammock, the next morning with the sun rising behind her, making her smile glow even more. She even said that my chest was like a perfect pillow (which really meant a lot to me).

Coming up on our one year!”

“Walked around the zoo, started to downpour, everyone left except us and we kept on walking around soaking wet. I told him how romantic it was that he shut down the whole zoo for our date. Then we went home and banged. Loved him. It was super cute.”

“Soon after meeting him I had fractured my pelvis while exercising. I was really sad because I was on crutches and couldn’t do much but it was summer and I still wanted to go to the beach.

He was really in-shape so he told me to meet him outside. He told me to follow him. So I crutched along side him and when I got to the hill, he picked me up like a princess and carried me down the hill. Then I crutched along longer and we got to the sand. I couldn’t walk with crutches in the sand so he picked me up and carried me to the water. I was medically cleared to swim, just not walk. It was so much fun.

We broke up, but he was a super sweet guy.”

“He took me out for pie. I had a piece of the best ever strawberry, cream cheese pie. Fast forward a couple of weeks later, I’m sitting at home the day after a minor surgery, recuperating. The doorbell rings and at the door is someone from the restaurant with a whole strawberry cream cheese pie for me that my then boyfriend (now husband) had ordered for me.”

“On our first ever date after being together long distance for 6 months, a group of older folks paid for our meal. It was a fancier Mexican restaurant so it was quite expensive. The waitress just said something like “Those folks over there said they’ll be paying your bill. They said you two are a very cute couple.” Needless to say it was very encouraging for us, and here we are 6+ years later. I think I’ll always remember that.”

“Went to a nice restaurant and talked. We took a look at the prices and was like nah, let’s get appetizers and buy something cheaper. Ended up driving an hour away to this waterfall by the cliffs of the beach and picked up pizza along the way. Proceeded to cuddle and talk with no one or lights around for miles under the moon for 3 hours. We ended up spending 7 hours together the first date.”

“He took me to his family’s sugar shack at night and we made maple syrup together. It was also kind of the middle of nowhere, so he packed a basket of yummy food that we ate there. Then we went back to his house afterwards, and we chilled in front of the fireplace with hot chocolate. That was our first date in 2011 (we were friends before that) and we’re still together!”

“We went to the pedestrian bridge downtown, took cute pictures, shared some cute kisses, held hands while walking around the city, went and got drinks, did a little cute dancing with each other, and finished it off with some cute sex that was oddly really emotional.”

“We spent like an hour in a McDonalds parking lot after seeing a movie just talking (and eating of course) and learning a lot about each other.

Not exactly the cutest but it was very fun and intimate. I’m sure we’ve had cuter but I blocked a lot of it out.”

“A few years ago, it was the first time meeting a girl that I’d been talking to for a few weeks. We started off at a pub, then climbed a mountain and listened to the Lion King Soundtrack while drinking wine and looking over the city.”