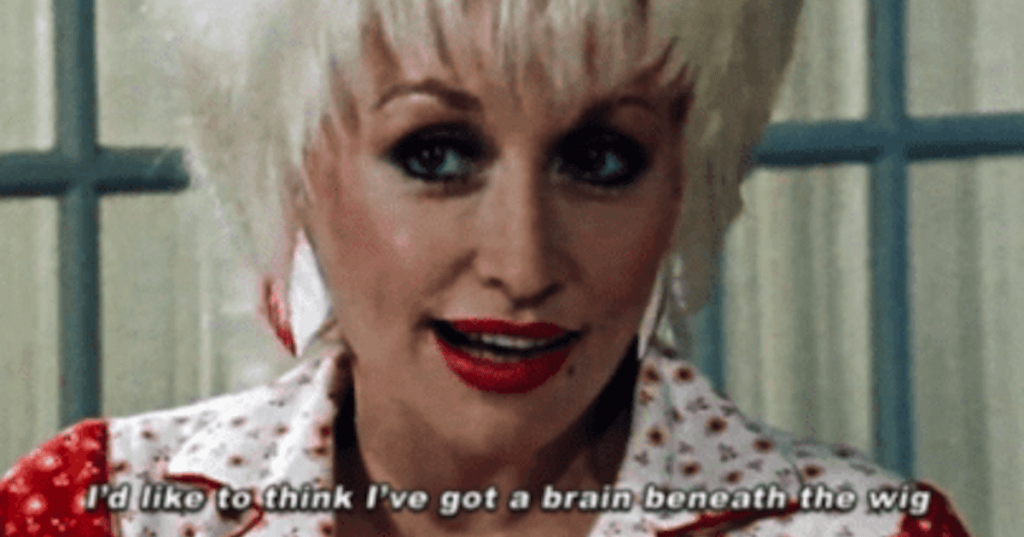 I’ve been a true Dolly Parton stan since the day I was born. Our country music queen truly has it all – charisma, uniqueness, nerve, and talent. Her kindness, intelligence, and wit truly know no bounds. Still, there are some folks who need convincing that the blonde bombshell is a freaking icon.

Here are 10 iconic times that Dolly Parton proved she that she’s too good for this world. Without a doubt, these are some stacked memes that will truly honor this Tennessee-bred national treasure.

1. She uses her platform for good

Parton voiced her support for the Black Lives Matter movement by saying:

“Do we think our little white asses are the only ones that matter? No!”

And we love her for it.

"Of course Black lives matter. Do we think our little white asses are the only ones that matter? No!” –@dollyparton on supporting the #BlackLivesMatter movement and protests. Check out the full cover story at the link in bio.

2. She makes her own memes

Age is nothing but a number – Dolly Parton is sharp as a thumbtack on Instagram. She knows how stay relevant with all the memes.

Get you a woman who can do it all 😉

3. She’s got that it factor

You just can’t deny that there’s something special about Dolly Parton. Even when she’s just rehearsing, her talent has the power to move the folks that witness it.

A very rare moment with Dolly, Maren Brandi Carlile and the High Women

4. She knows how to work a crowd

Seriously, few people know how to give an awards speech with charm that matches Dolly Parton’s.

Time and time again, Dolly Parton has faced harsh judgement for her appearance. Truly, she walked so Elle Woods could run.

The haters really better back off. Dolly has no time for them.

7. She has a filthy sense of humor

This joke actually made me LOL.

8. She’s super supportive of other artists

As a seasoned musician who’s learned the ins and outs of the industry, Dolly knows just how hard it is to catch a break and keep the momentum going. That’s why she cheered on like a proud mom when Three 6 Mafia won the Grammy over her.

9. She sticks up for her work

Think about it – if Dolly hadn’t stayed true to her values, we might’ve never heard Whitney Houston’s rendition of “I Will Always Love You.”

10. Her relationship with her husband is hilarious

Dolly Parton and Carl Dean have been married for 54 years, and they’re totally comfortable messing with each other like this. If that isn’t love, I don’t know what is.

When the going gets tough, we can always count on Dolly Parton to get us through national crises.

She truly has the power to people from all different walks of life. She’s seriously just that good.

What are some of your favorite Dolly Parton moments? Share with us in the comments below!