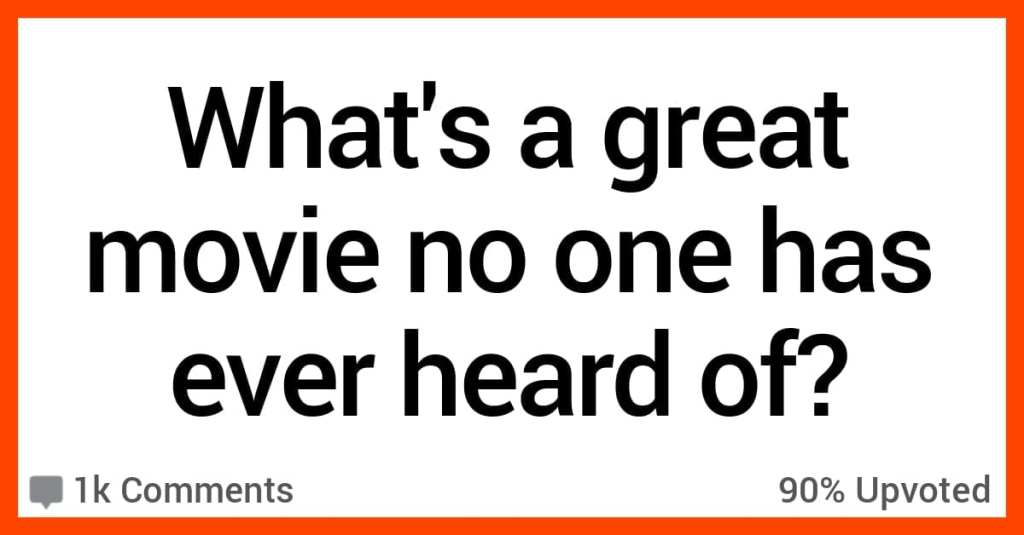 11 Great Movies That Not Enough People Have Seen

If you’re a movie buff, chances are you watch a lot of films. There are the ones everyone watches, the ones your snobby friends think you should see, the classics, and then there are those undiscovered gems that you find it hard to believe no one has heard about except you.

Below are 11 of those movies, so if you’re looking to discover something new, get your pen out and take some notes.

“I was a submariner in the U.S. Navy.

We generally regard Down Periscope as the most true-to-life submarine movie ever made.

I served with at least five people who matched characters in the movie exactly. “

Middle Eastern twins search for their mother’s past after her death.”

“It’s a great dystopian science fiction that seems to have been overlooked due to coming out around the same time as The Matrix.

Check it out for a good late ‘90s mind bender.”

“An unfairly forgotten gem that tricks you into thinking you’re watching something like a rom-com, but quickly morphs into something beyond bleak.

Don’t look up anything about its plot, just watch it.”

“A college professor is moving. All his professor buddies come over to say goodbye.

Then, the main character drops this bombshell, impossible to believe truth on them.

Sounds dull as hell, but it’s just so good!”

“One of Danny Boyles first movies, starring a young Ewan McGregor and Christopher Eccleston as 2 out of 3 roommates who find a dead fourth roommates stash of money, and the toll it takes on their friendship.”

“Bill Hader and Kristen Wiig are so great together.”

It’s about an injured stuntman in 1920s LA who begins to tell a little girl with a broken arm at the hospital a fantastic story of five mythical heroes.

Thanks to his fractured state of mind and her vivid imagination, the line between fiction and reality blurs as the tale advances.”

“Such a wholesome movie, and one of my favorites.”

These sound great, don’t you think?

If you’ve got another suggestion in this vein, drop it in the comments!