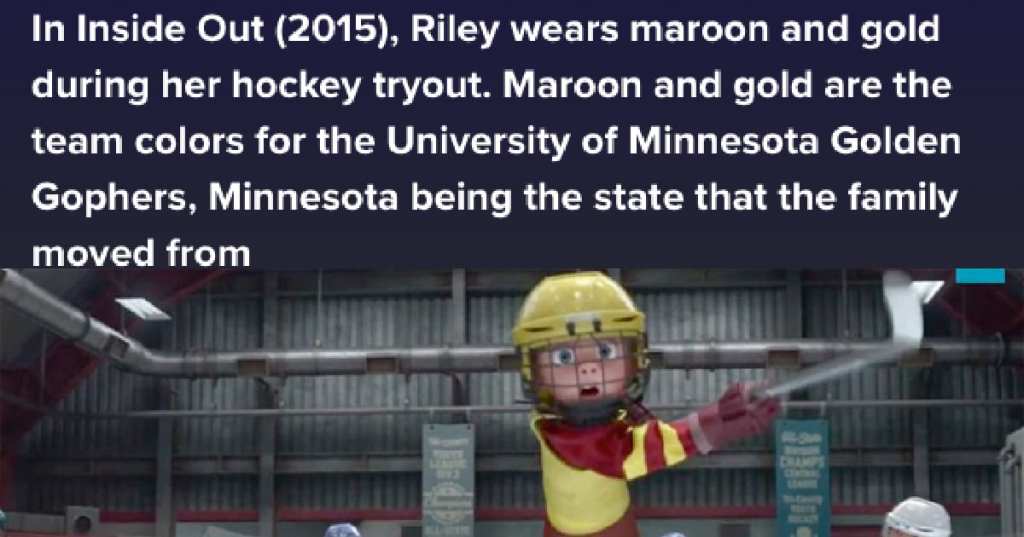 11 Pixar Scenes That Prove The Devil Is in the Details

One of the big reasons I know I could never edit films is that I suck at details. The smaller something is, the more tedious, the more it escapes my attention.

That’s definitely not the case for these 11 Pixar animators, though, because they took the time to make sure these details were 100% accurate, even though literally no one might ever notice.

There was no missing that fashion.

He’s making it work, though.

In Wall-E (2008) the captain is physically incapable of wearing the original captain’s uniform, so he just wears it around his neck with the top button from MovieDetails

Any navigator worth his salt would see that.

In Toy Story (1995) and most other depictions, Buzz Lightyear has accurately colored airplane navigation lights on the tip of his wings. from MovieDetails

Unless you’re a robot.

7. He must have worked for the government.

Bob Par in The Incredibles (2004) has most of his cubical taken up by a pillar which is why it’s so cramped, I can’t believe I never noticed this before from MovieDetails

6. Thank you for your contribution, sir.

That seems as if it would be uncomfortable.

For a scene in Ratatouille (2007) where Linguini is wet from jumping in the River, they got a member of crew (Kesten Migdal) to jump in a swimming pool in a chef’s uniform to see where the uniform would normally stick to on the body when wet. from MovieDetails

Of made-up screams, but still.

In Monsters U power comes from screams which appear as a gaseous state in the scream tanks. Because power here is a gas, light switches are valves and instead of wires there are pipes. from MovieDetails

The real world would definitely be affected.

In the Incredibles, Violet struggles to generate a force field around a campfire. The fire flickers when deprived of oxygen from MovieDetails

2. No Minnesotan would miss that one.

What a great add.

In Inside Out (2015), Riley wears maroon and gold during her hockey tryout. Maroon and gold are the team colors for the University of Minnesota Golden Gophers, Minnesota being the state that the family moved from from MovieDetails

I have so many questions about this universe, but this isn’t one of them.

In the opening scene of Cars (2006), the animators added bits of rubber coming off the cars as the tires degrade from MovieDetails

What’s your favorite obscure Pixar detail? If it’s not here, tell us about it in the comments!