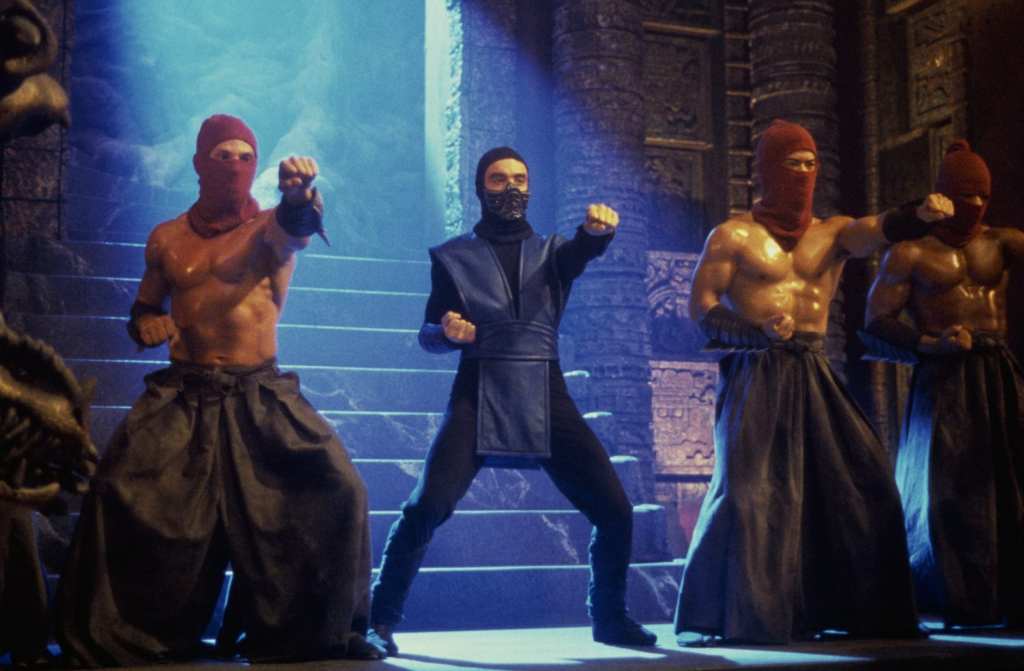 ‘Mortal Kombat’ Kinda Sucked, but It Deserves Your Respect: 12 Facts 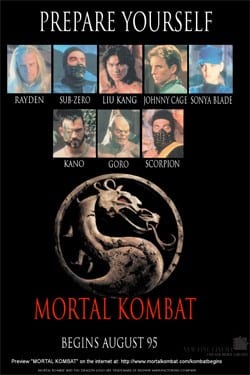 But, Mortal Kombat was the OG when it came to turning a video game into a franchise, which is still a pretty dicey enterprise by the way… 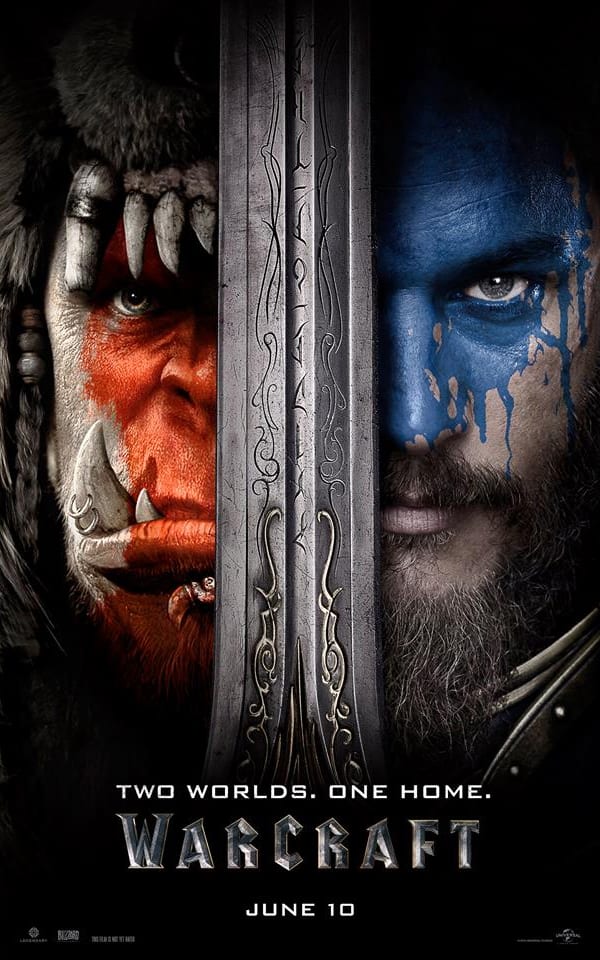 Of course, even though Warcraft only made $47 million in the US, they managed to bring in over $385 million in foreign sales for a total over $433 million.

So, maybe this is a better example: 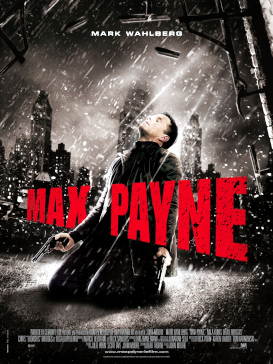 Did you even remember that this film was released in 2008?

Hell, I only remember the game because I typed, “Marky Mark video game movie,” and Google did the rest…

Here are several things you might not know about the film: 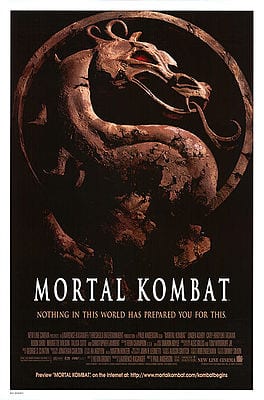 It grossed over $122 million worldwide.

This was 21 years ago, when that was still a lot of money. 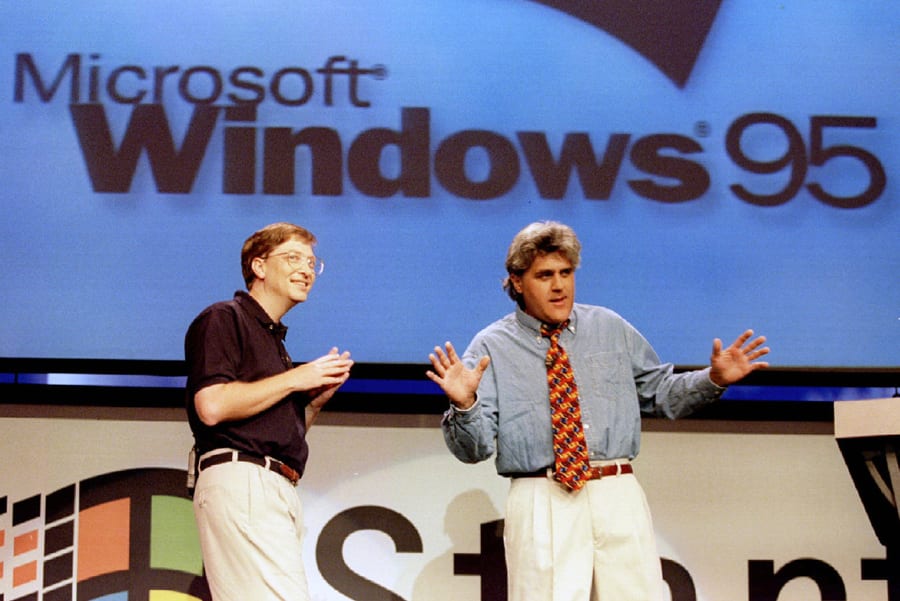 Now studios spend that much money just making a film.

And, that’s before they turn around and spend millions to market the film.

#2. It still ranks among the best in the US for video game adaptations.

And, even though it only garners a 32% critic and 58% positive audience rating on Rotten Tomatoes, Mortal Kombat still ranks 5th in domestic earnings for video game adaptations some 21 years after its release.

Think about all the other video game movies that have come out since then: 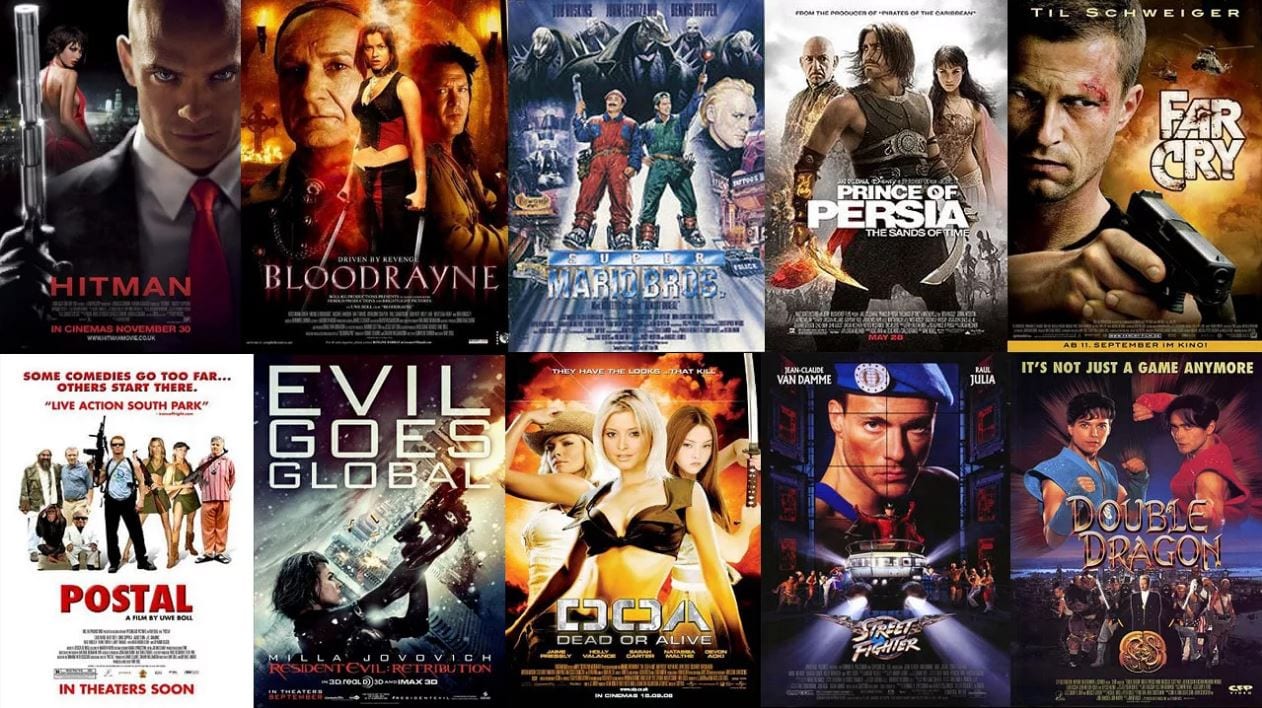 Now, think about the fact that only Lara Croft: Tomb Raider, The Angry Birds Movie, Prince of Persia: The Sands of Time, and Pokémon: The First Movie have made more money in the US since Mortal Kombat came out.

And, it almost didn’t get made.

#3. Midway had to be convinced to option the film. 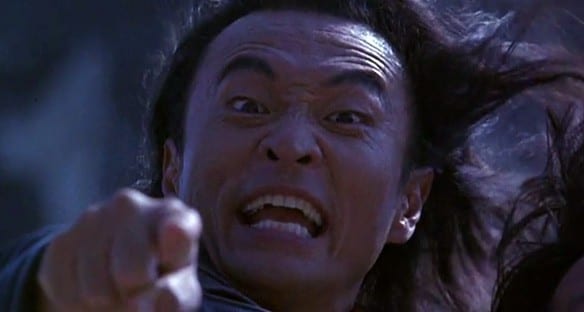 Producer Larry Kasanoff had just worked with James Cameron adapting ‘Terminator 2: Judgment Day” into a video game from the insanely popular film. Some friends of his at Midway invited him to take a look at the “Mortal Kombat” video game.

He told the Hollywood Reporter in a 2015 interview for the film’s 20th anniversary:

“I played the “Mortal Kombat” arcade game in their office for half an hour. I turned to [former Midway Games chief] Neil D. Nicastro and I said, ‘This is Star Wars meets Enter the Dragon. This is not just an arcade game. This is a whole phenomenon.’ I said, ‘If you give me the rights to this, I promise you I will produce this, not just in movies, but in every medium in the world.’ He looked at me and said, ‘You’re full of crap! It’s just an arcade game!'”

Kasanoff then spent the next three months convincing the folks at Midway that this was a good idea.

How crazy is that?

Have you ever heard of a franchise turning down an option? 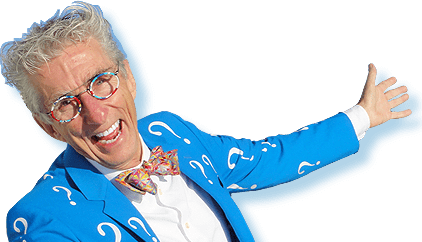 Even if the film doesn’t get made, you still get paid.

Well, maybe the video game films that had come right before had something to do with it. 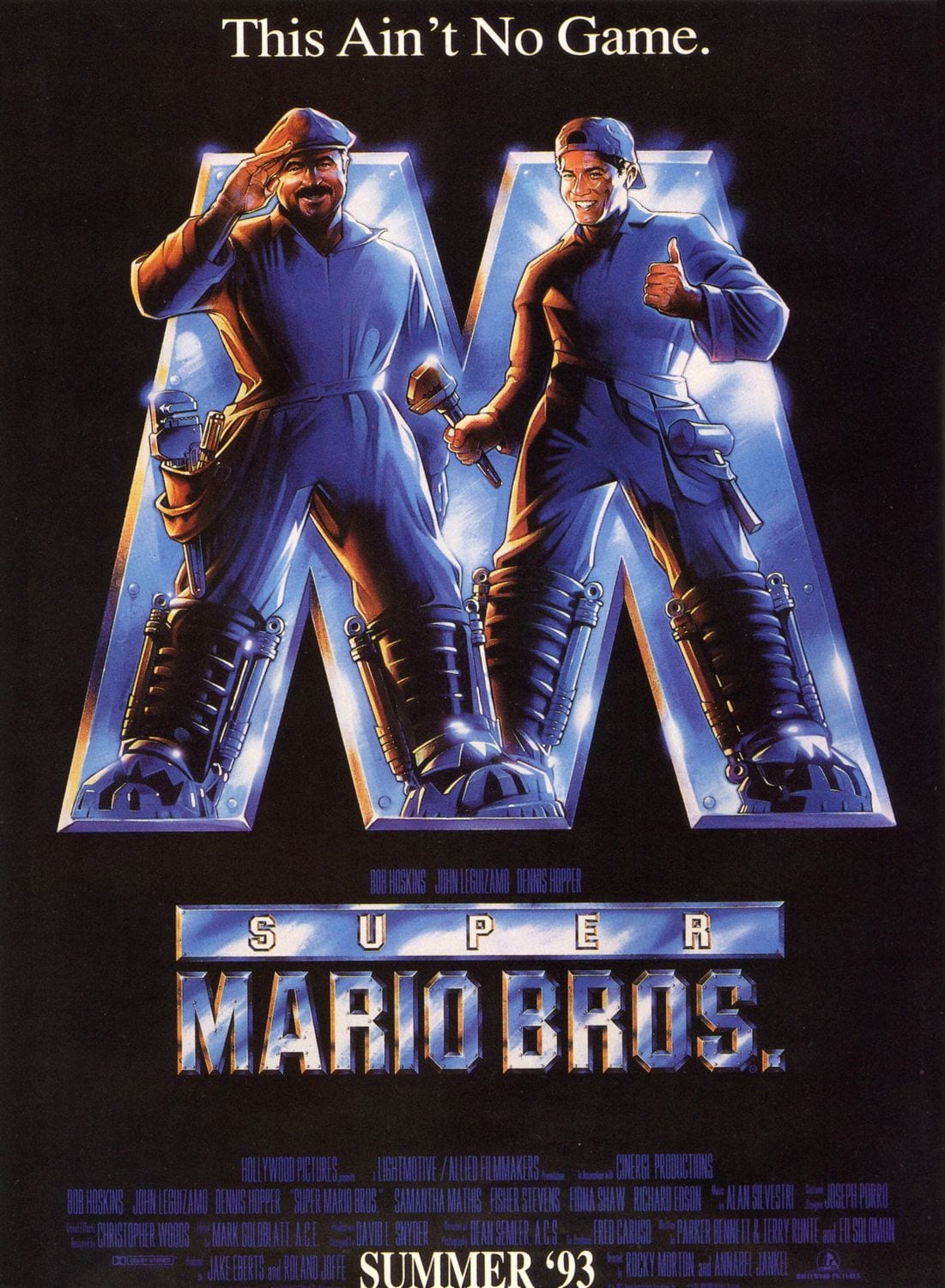 That flaming turd made $20 million on a budget of $48 million.

That’s not so great.

Especially considering that other countries did not show the film, so $20 million in the US was all the film saw until it came out on video.

And, I’m ashamed to say that I saw it on opening night… 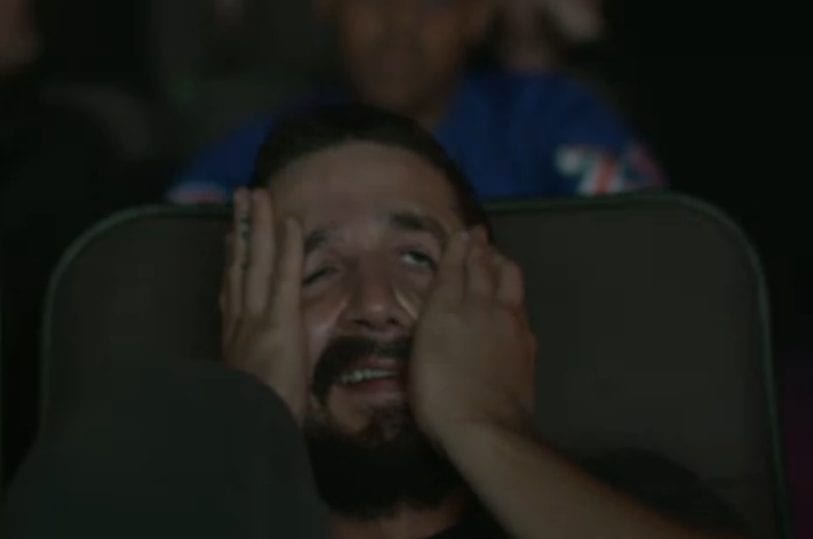 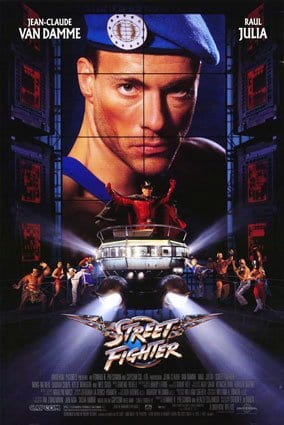 It eventually made more than its $35 million budget, but only if you take the $66 million foreign box office into account. 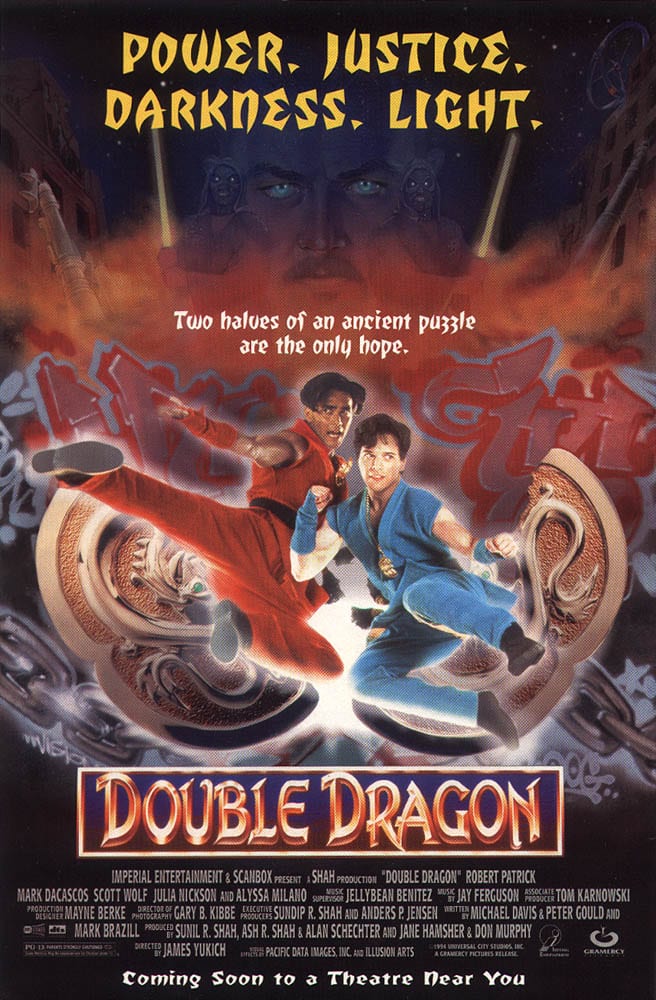 This travesty made a little over $2 million dollars total.

So, you could perhaps understand why Midway might have been a bit shy about optioning the game out for a film.

Find out more about the casting of the film after the jump!

#4. Cameron Diaz was going to be in the film. 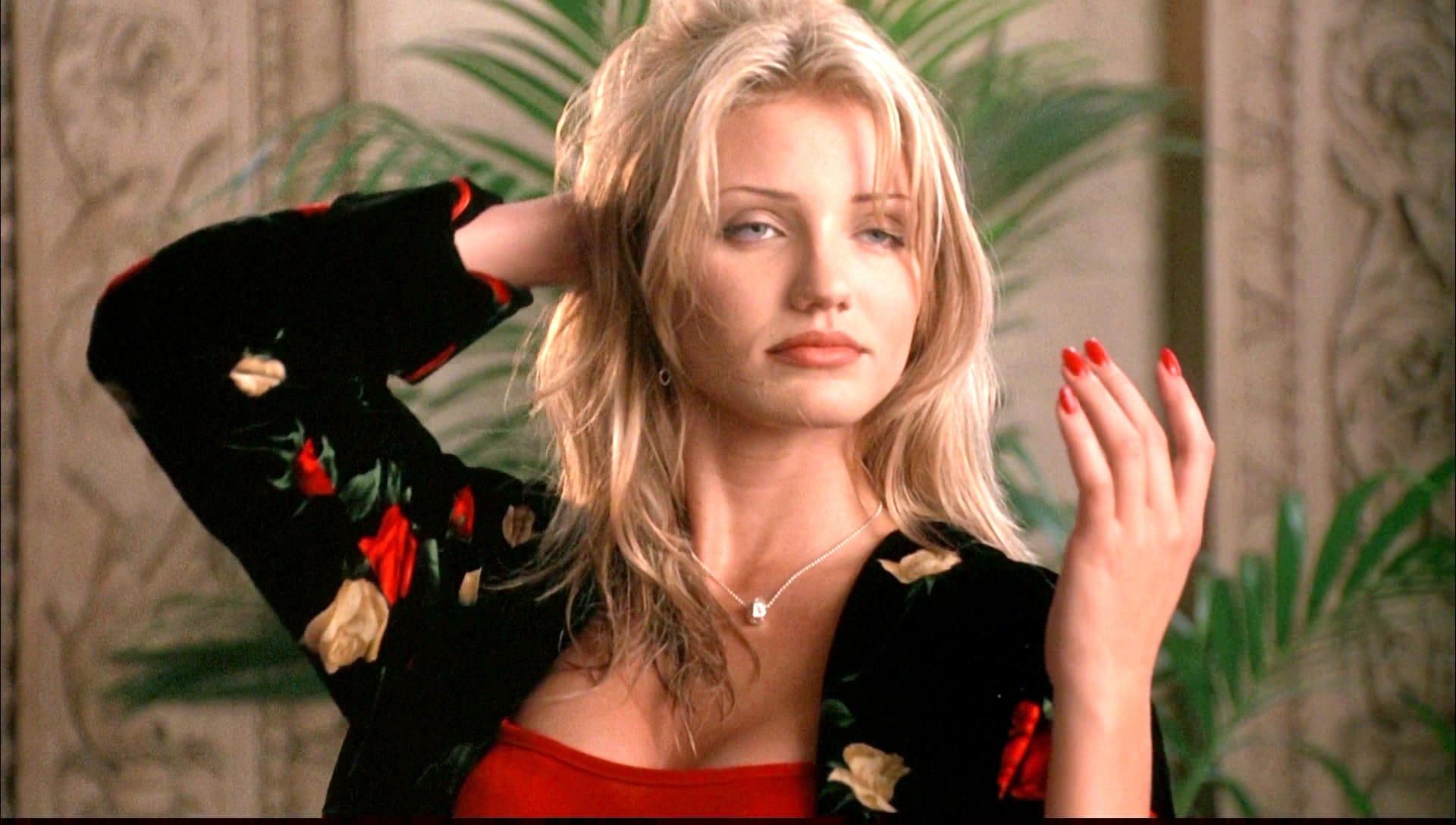 But, she was injured right before filming began and had to be replaced.

“We originally had Cameron Diaz cast as Sonya Blade. We were at New Line when The Mask was in post-production, and Cameron Diaz was not a household name. No one knew her. New Line said, ‘Why don’t you look some of the dailies that are coming in from this film and see what you think of this young, unknown actress.’ As soon as we saw the dailies from The Mask, there was no question that she was a star. We put her into training, because she had not really done this kind of martial arts work before. She broke her wrist right before shooting to the point where she couldn’t do the martial arts stunts we needed.”

Diaz was replaced by Bridgette Wilson-Sampras.

You probably recognize her best from the film she was making when she got the part: 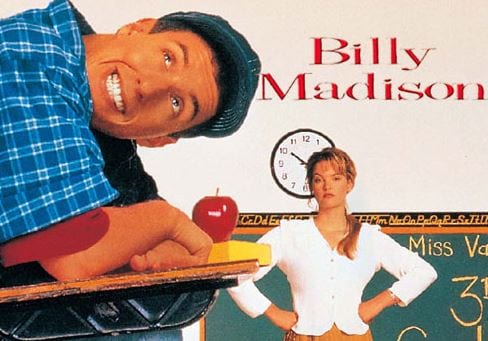 “…on my last day of filming on Billy Madison, they called me up and asked, ‘Will you do it if we fly you out the next morning?’ and I said ‘Yeah!’ I was so happy both worked out.’

#5. Sean Connery was also an option. 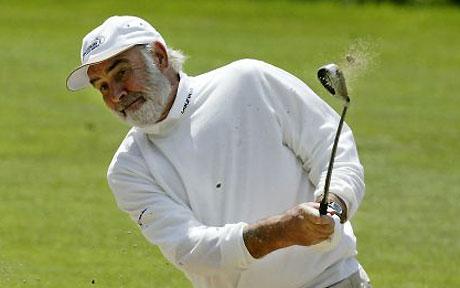 “We also inquired about Sean Connery for the Raiden role. But we understood at that time that he really wanted to golf. He wasn’t interested at that time in doing a physical role.”

#6. Tom Cruise got kicked off the set.

Linden Ashby, who played Johnny Cage, recalled an incident with the star of Scientology, Oprah’s couch, and a few films here and there:

“Tom Cruise had a hangar nearby and came over and was like, ‘Hey what are you guys shooting? Can I check it out?’ And the medic goes, ‘You’re not in this movie. Go away!’ And Tom Cruise goes, ‘I just want to see,’ and he goes, ‘I don’t care who you are, get out of here!’ He turned away Tom Cruise!”

#7. There was a lot of boozing after hours.

“You’re shooting in the tropics and the amount of alcohol that was consumed — you’d stand there and people would be sweating and it’d smell like a distillery. You’d be standing next to somebody and they’d just drop down in the dirt. They were out. Everyone is hurting so badly at this point. You just look at the guy laying there and you’d be like, ‘Oh. Cut.’ Nobody even got worked up about it.”

#8. Reshoots led to some of the film’s most memorable scenes. 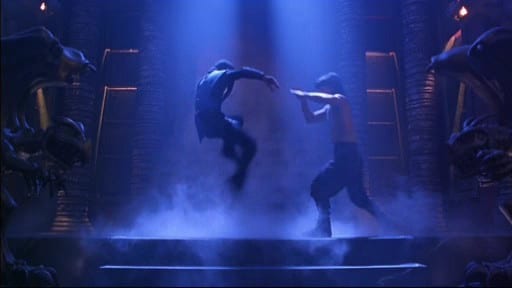 The original test audiences loved the film except for one thing: they wanted more fights.

Director Paul W.S. Anderson, who played the game a lot when he was waiting for meetings in Hollywood long before he ever landed the gig to helm the film, took the opportunity to give the fans what they wanted:

“We added my favorite fights, which were the Scorpion fight with Johnny Cage and the Reptile fight with Liu Kang. We had a very good stunt coordinator, but as the movie went on, I wanted to embrace more of a Hong Kong, wire-work martial arts feel. …  If you look back at Mortal Kombat, it was the first time those big, Chinese wire gags were used in a Western movie. Obviously The Matrix did that to the nth degree several years later. But at the time, Mortal Kombat was very cutting-edge.”

#9. Another one of the film’s most memorable elements also was added late in the process. 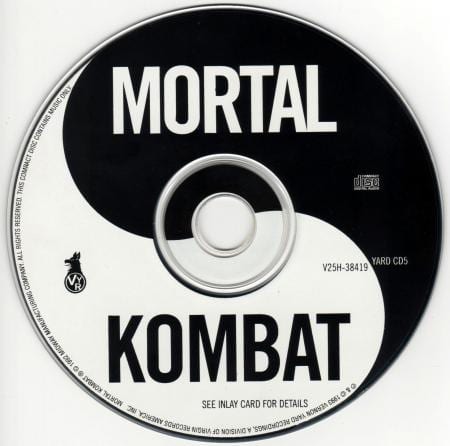 According to composer George S. Clinton:

“For the first test screening they had put a temporary score under it that was mainly traditional orchestral action music, and it became clear that the target audience, which was used to hearing techno music blasting during game play, was not happy with that approach. So that gave me the opportunity to come up with an approach I called ‘Techno-Taiko-Orcho.’ My score would have a techno core with a layer of Asian ethnic instruments… surrounded by an orchestra. But not just a regular orchestra, a Testosterone Orchestra. … It was massive. When (the) music supervisors John Houlihan and Sharon Boyle introduced me to guitar wizard Buckethead, I knew he would become a major element in my score as well.” 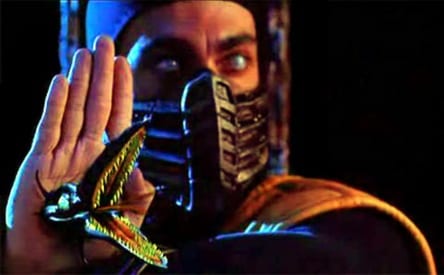 “We got kicked out of two record companies. We had a deal at Sony for a lot of money. In those days you could get a lot of money for a soundtrack — no longer. We walk in and say, here’s our idea. Electronic dance music. … and they kicked us out. Then we go to Virgin Records. We walk in and say, ‘Great idea: electronic dance music.’ And they say, ‘Yeah, how about Janet Jackson?’ By the way, I love Janet Jackson, but we were like, ‘What? For Mortal Kombat?’ We get kicked out. Finally we get no record deal. The studio was great by backing us and letting us do that. We made the MK soundtrack and gave it to this little record company no one had ever heard of and we came out with the first EDM platinum soundtrack.”

#11. And that soundtrack made bank.

The thumping techno beat helped the album go platinum within ten days of its release, peaking at #10 on the Billboard Charts and really pissing off all those kids at the time who listened to “real techno.” 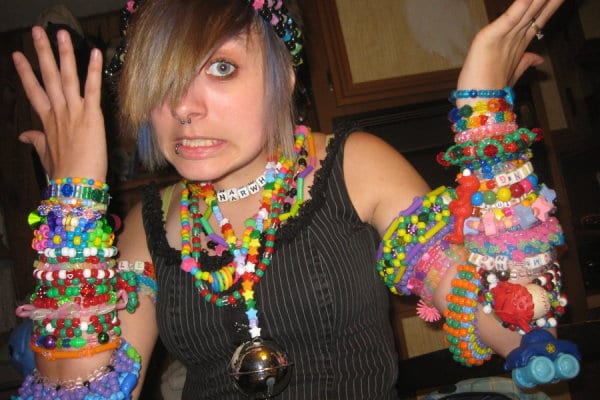 #12. The film’s success came as a surprise to the director.

“I thought, ‘God, the last place I want to be is in L.A. I just want to go somewhere else.’ I went to Hawaii with my girlfriend at the time, and of course we get to the middle of absolute nowhere in Hawaii and I read the movie is No. 1. And I go ‘Damnit! Why aren’t we in L.A.? I’ve got the number one movie. I should be in L.A. making the most of it.’ I’d already paid to go to Hawaii, so we ended up staying there.”

That’s not the worst place to be.

George Lucas spent the opening weekend for Star Wars in Hawaii along with Steven Spielberg for similar reasons. 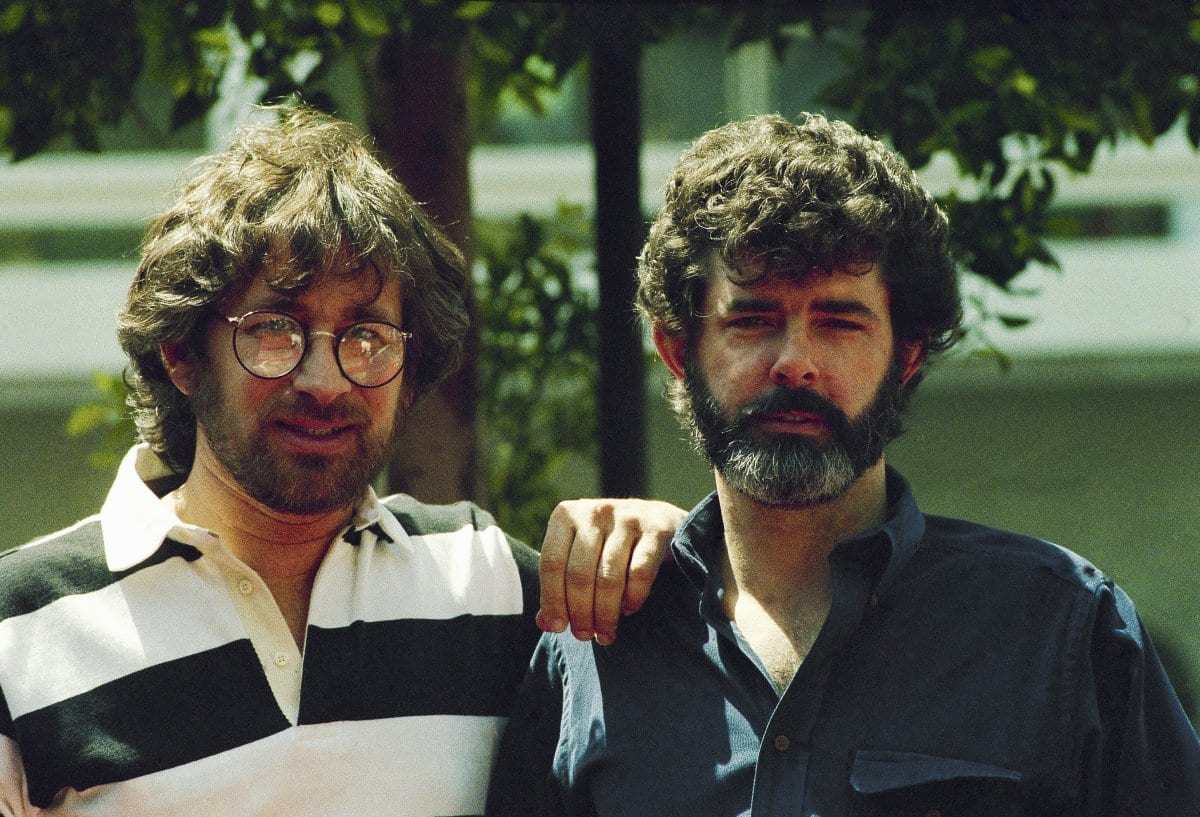