This classic fish out of water story chronicles the life of the wealthy Rose family following some massive financial troubles that leave them living in adjoining motel rooms. The show is funny and sweet and, at its heart, about family.

If you’re already a fan or thinking about trying it out, these 12 facts will make you smile.

#12. The location is purposefully ambiguous.

When people ask where the town is located, Eugene Levy tells them Schitt’s Creek is wherever they think it should be, he said at 92Y Talks.

#11. Some elements were inspired by reality television. 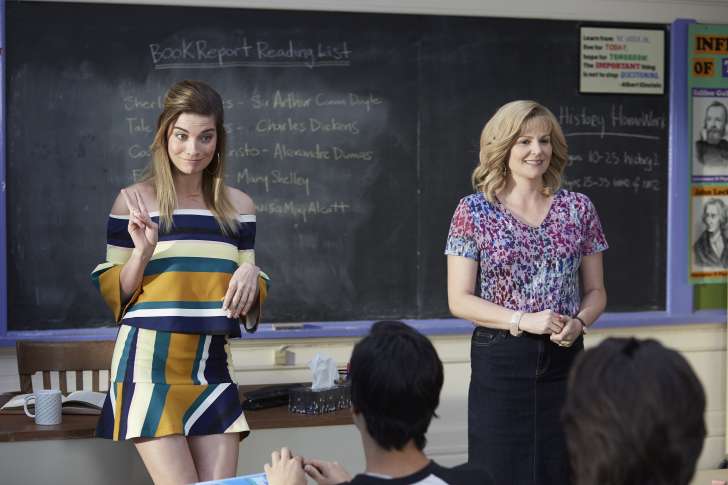 “It really just started with me being in Lose Angeles, knowing that I wanted to write. I had been watching some reality TV at the time and was concentrating on what would happen if one of those wealthy families would lose everything. Would the Kardashians still be the Kardashians without their money?”

Likewise, Annie Murphy looks to the Kardashians for character inspiration. 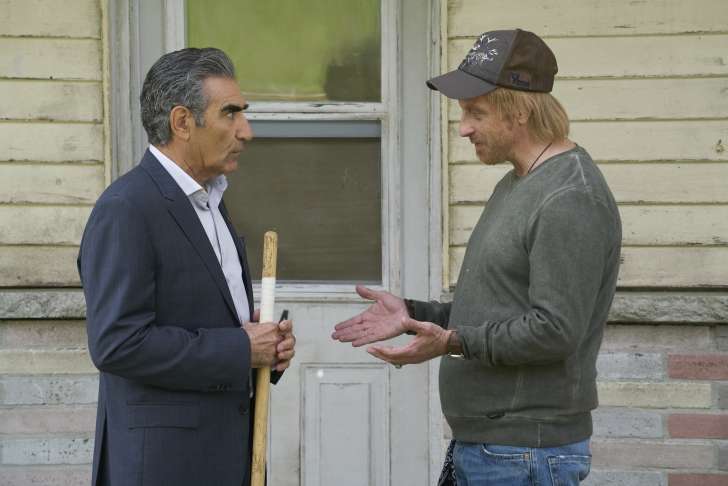 Murphy says that Eugene “giggles like a schoolboy” in his scenes with Chris Elliot, who plays the town mayor.

The outtakes are amazing, particularly the ones from the scene where Mayor Roland is trying to teacher Levy’s character how to hit a golf ball.

“He’s constantly making me laugh on set …He does it intentionally, of course, and he actually succeeds.”

#9. Eugene Levy came up with the title.

Daniel says that the title came “out of coincidence, really,” when the two were having a chat over dinner.

“We thought, well, what if this family, as a joke for the son’s 16th birthday, found this town called Schitt’s Creek, bought it as a joke because of the name and then ended up having to live there?”

What’s funny is that some TV or radio outlets can’t say the show’s name for fear of being fined for using profanity. 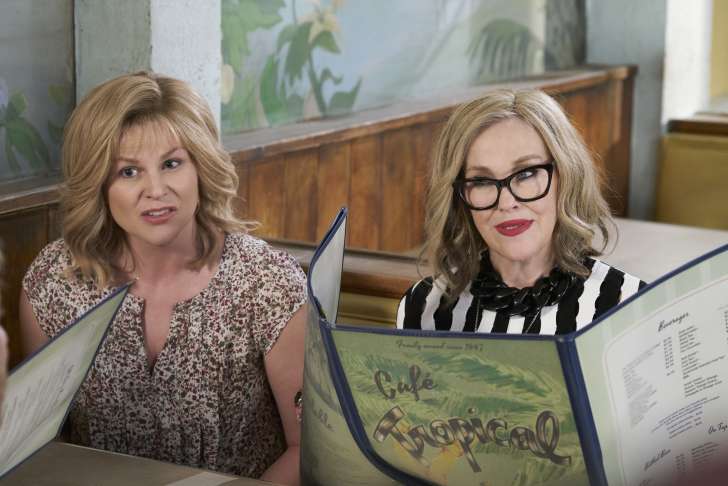 The huge menu is often played for laughs, and Murphy loves it.

“I wish everyone could see the inside of the menu because it’s very detailed and there’s literally every dish you could possibly imagine.”

#7. Annie Murphy also auditioned for the role of Stevie Budd.

She auditioned for the role of the deadpan concierge a the Schitt’s Creek motel as well as Alexis, the self-centered socialite she ended up playing on the show. They were concerned that she wasn’t blonde, but she brought a “natural likability to this girl who is so unlikeable,” and a box of dye fixed the rest.

It’s not being cancelled, but coming to a natural and planned conclusion.

“We are so grateful to have been given the time and creative freedom to tell this story in its totality, concluding with a final chapter that we had envisioned from the very beginning. It’s not lost on us what a rare privilege it is in this industry to get to decide when your show should take its final bow. We could never have dreamed that our fans would grow to love and care about these characters in the ways that you have.”

#5. Emily Hampshire doesn’t remember her audition at all. 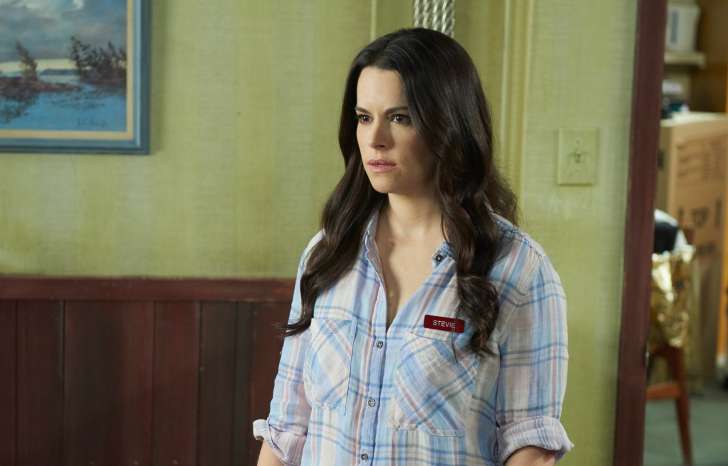 Emily Hampshire was having a terrible year when she got the audition, with no money, no work, and a pending divorce. She was starting to break out in hives when she went on auditions, but her agent insisted she go to the Schitt’s Creek audition in person anyway.

Daniel Levy recalls her audition fondly, but Hampshire doesn’t remember any of it.

“Emily came in and immediately said, ‘I’m sorry, this is going to be terrible.’ She did it, and it was great, …and she was like ‘no, it was – oh, god, it was terrible, it was so bad.’ I remember it fondly.”

#4. The baseball team in the town where Schitt’s Creek is filmed changed its name to honor the show.

The show films in Goodwood, Ontario – a “lovely town that we had turned into the town of ‘Schitt’s Creek.” The townspeople have embraced its alter ego, with the minor league baseball team getting on board.

“They actually changed their name from the Goodwood Bears to the Schitt’s Creek Bears for an entire month.”

#3. Moira’s aesthetic is based on Daphne Guinness. 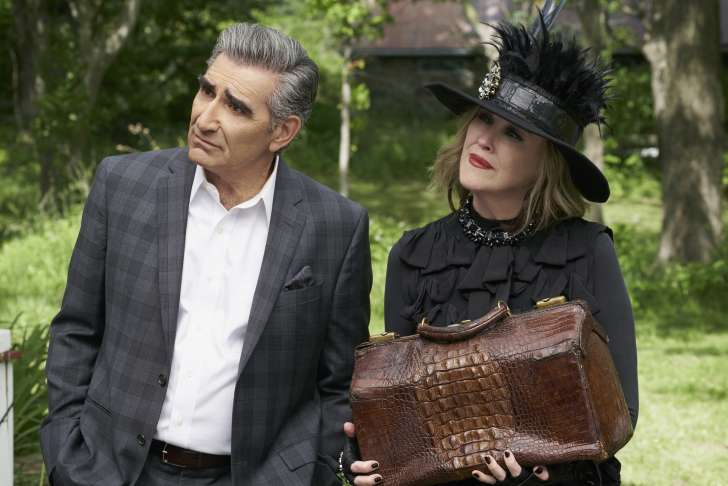 Daphne Guinness is the heir to the Guinness fortune and inspired Moira’s over-the-top looks.

“They shop all year because these characters have to have extremely high-end, designer wardrobes, but the Roses don’t have that money anymore. I’ve never enjoyed wardrobe fittings in my life until now!” 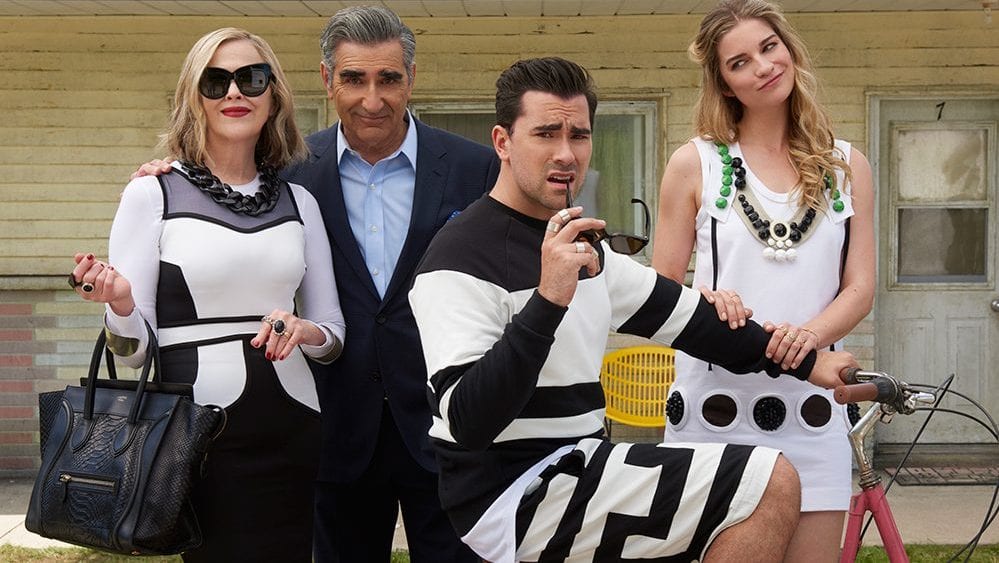 Though Eugene and O’Hara famously improvised in both Waiting for Guffman and Best in Show, Schitt’s Creek is a traditionally scripted show, and though they play around with lines after getting to the set, they don’t go off book once the shooting begins.

“When we get the script, I kind of work on it on my own and play with it then,” O’Hara said. “I don’t feel the need to improvise because our scripts are great!”

#1. The wardrobe is meant to tell a story. 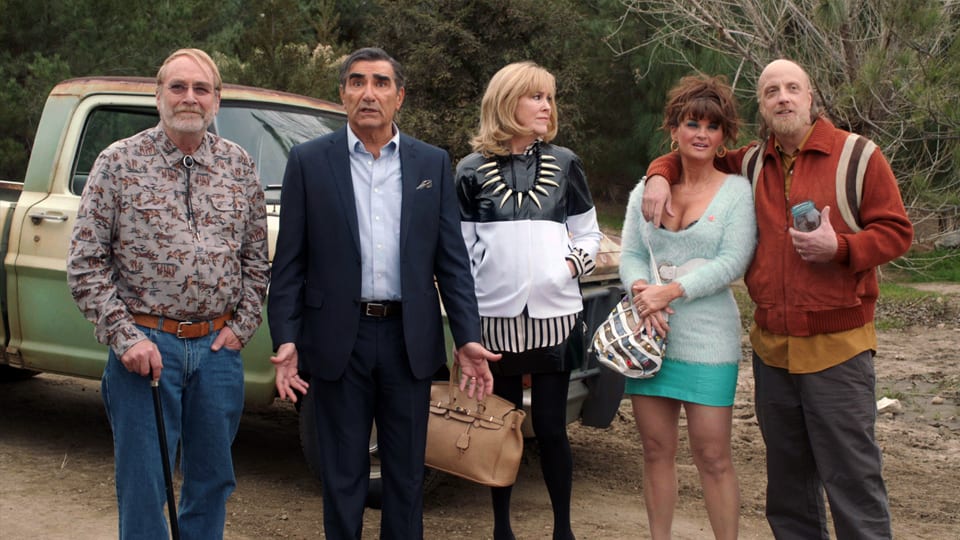 “The mandate, from a creative standpoint, was that the wardrobe on this show is able to tell a story that we don’t have to write. We’re constantly reminded of who these people are and where they came from.”

A tight show budget means a bunch of their finds come from thrift stores and eBay – Levy told Vulture that the most he’ll pay for an item is $200.