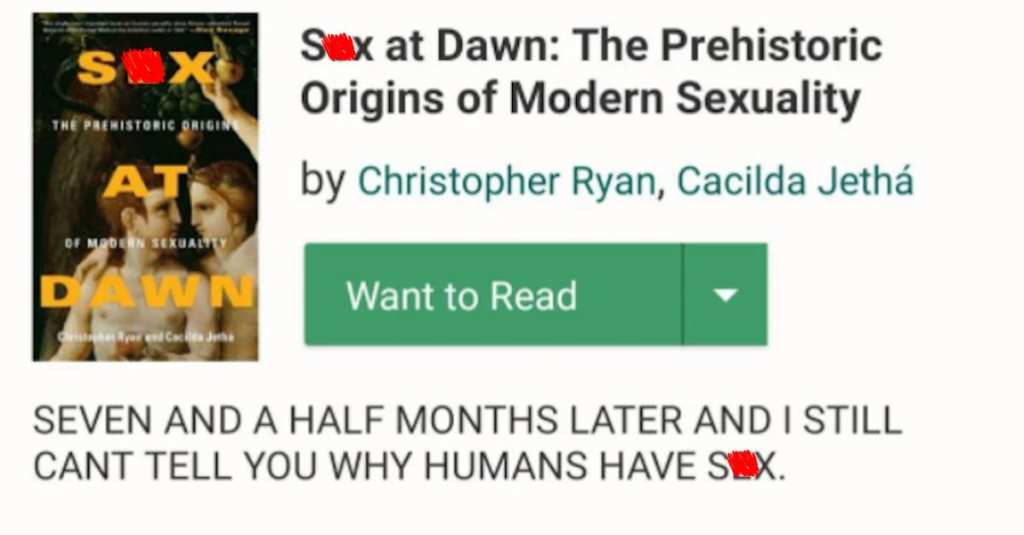 Just because books are famous “must-reads,” considered classics or some other distinction that I haven’t yet thought of… doesn’t mean they should be a) taught in schools b) are any good or c) easy reads. It’s as likely, to be honest, that they’ll end up being a slog, not fun, boring AF and generally not worth your time.

Yeah, I said it. Classics are boring AS F**K. Books can be considered classics for all kinds of reasons, and as far as I can tell, “readability” typically isn’t one of them.

These 12 people, at least, seem to agree.

Sure, dunk on a dead guy.

There are lots of dead angry people.

People die when they are angry from BadReads

It’s hard to argue with that.

I feel like this is an allegory for something from BadReads

We’ve got this depression things, down.

I mean. Yeah. But still.

Aristotle is pretentious from BadReads

A question for the ages, really.

IT’S OKAY TO BE A VIRGIN from BadReads

Men are whiny babies from BadReads

5. All the Pretty Horses

When you find a sentence that just does you in.

All the Pretty Horses: Goodreaders have a lot of beef with McCarthy’s punctuation from BadReads

Gone by an act of God.

And this is the best Shakespeare.

The Tempest: If your English teacher assigns you this KILL. THEM! from BadReads

That’s one theory, I suppose.

1. The Island of Dr. Moreau

It’s kind of hard to argue with these, don’t you think? And if you want to argue, please do on that on Facebook. We don’t need that here.

Alright… give us your own honest review of a famous book in the comments – we want to hear it!