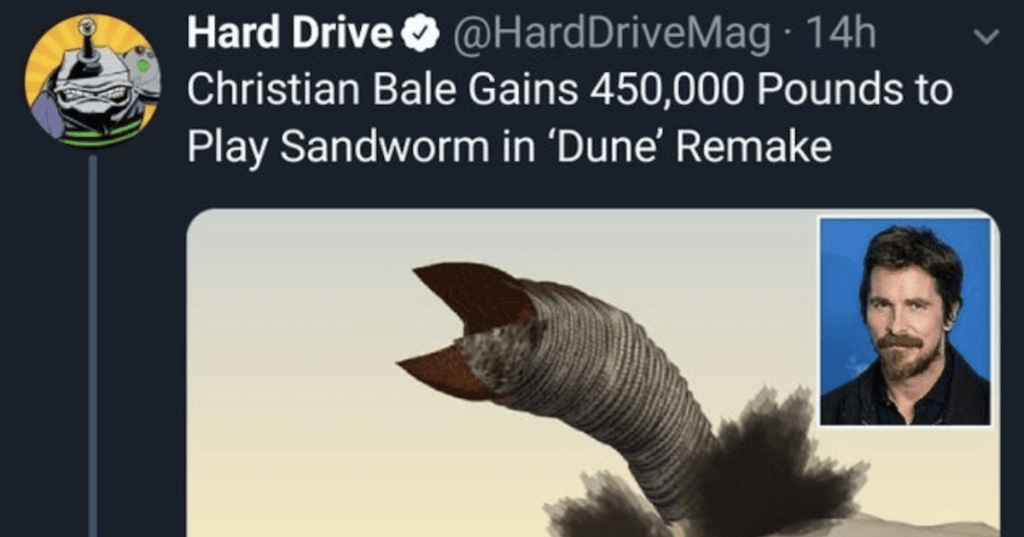 Former print newspaper and current satire site The Onion has been around since 1988. You would think that people would know that what they publish is parody by now, but that’s not the case.

More people than ever take what The Onion says to heart. That is until the Internet points out the error of their ways, and even then, sometimes they’re just not convinced.

We get it—the world is crazier than ever, and there are some equally crazy stories out there that are true. They’re just not coming from The Onion. Meet 12 people who got it totally wrong. 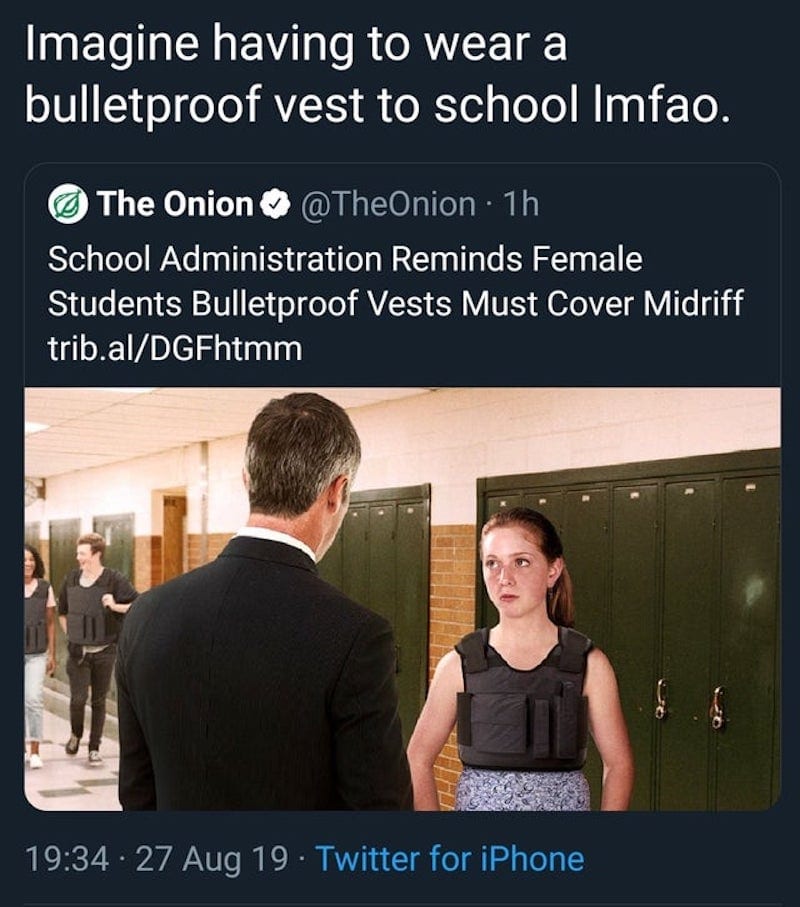 What else would anyone do at this point? 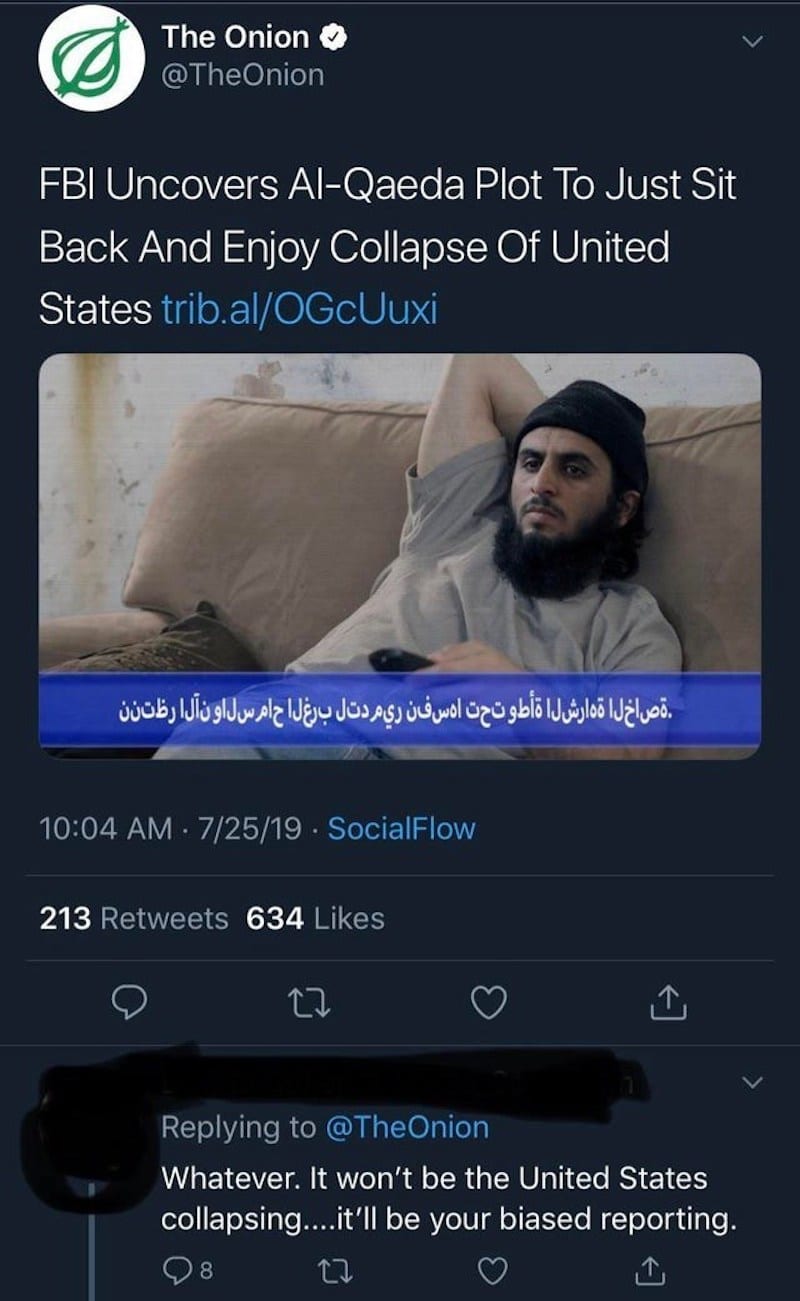 3. We guarantee if you do go, you won’t find this.

Don’t people know Photoshop when they see it? 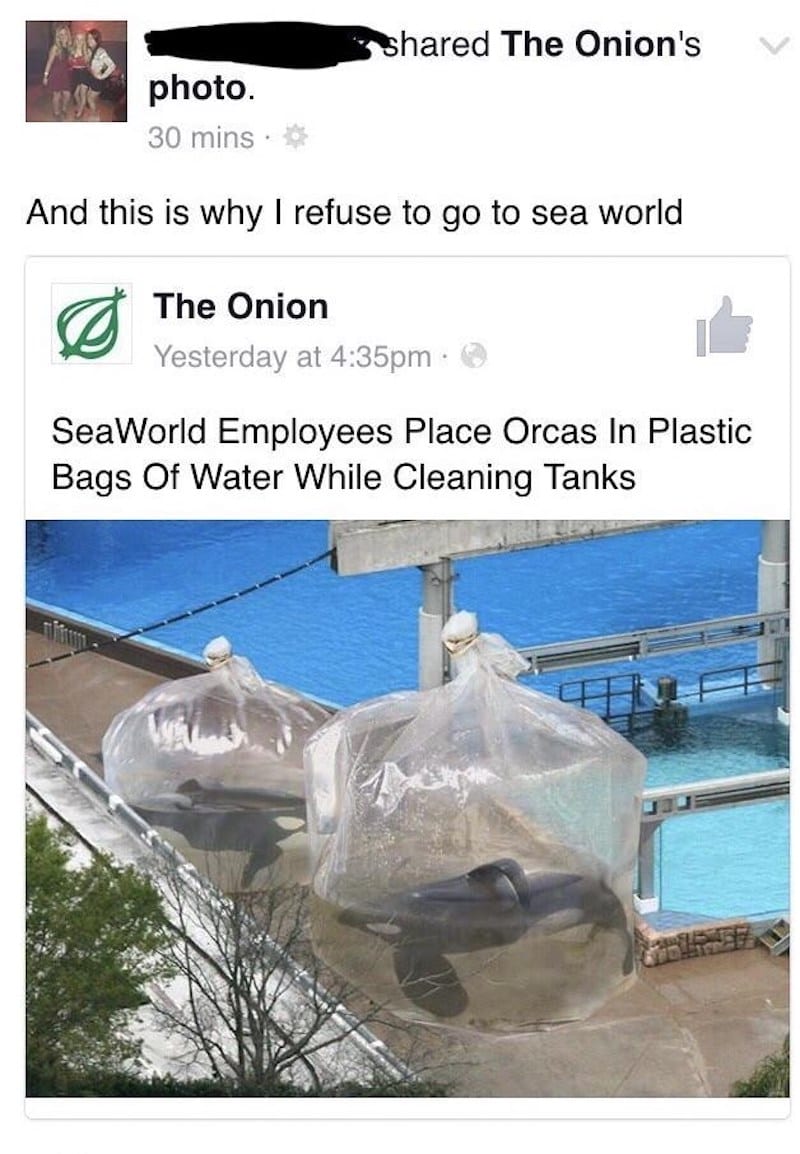 We can’t even tell its him! 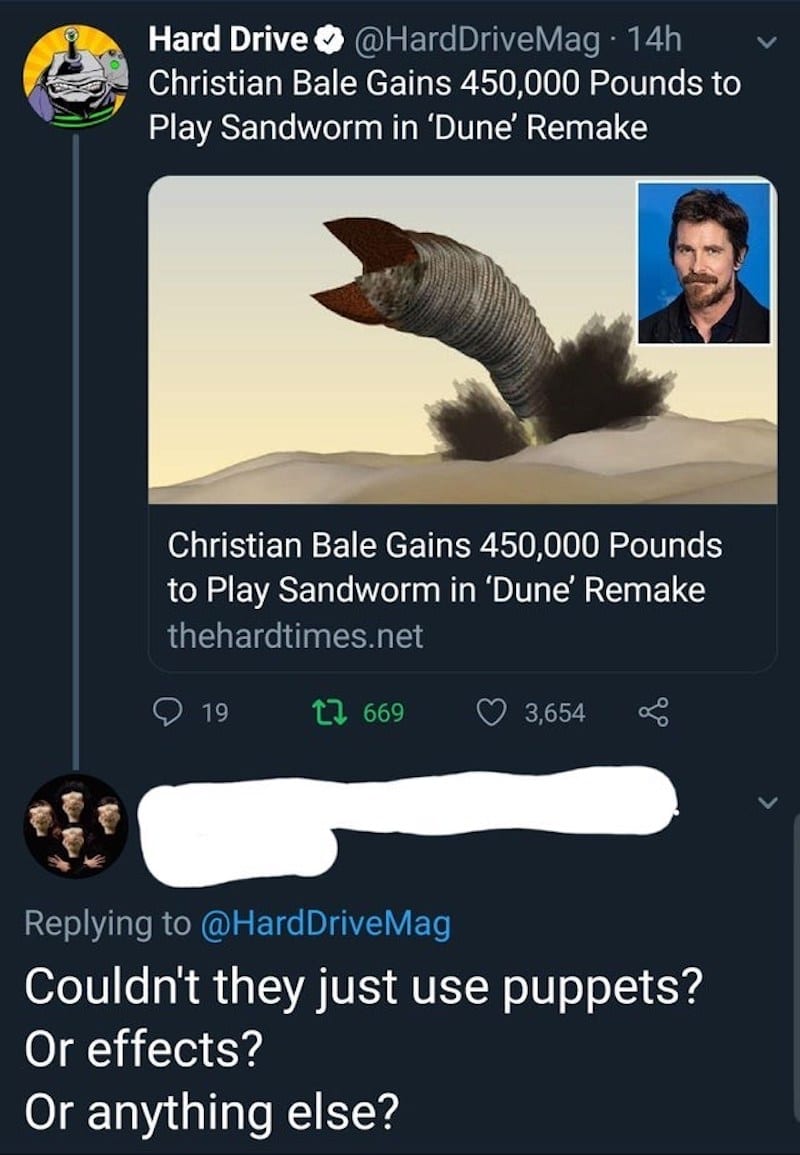 You may want to keep your Islamophobia in check. 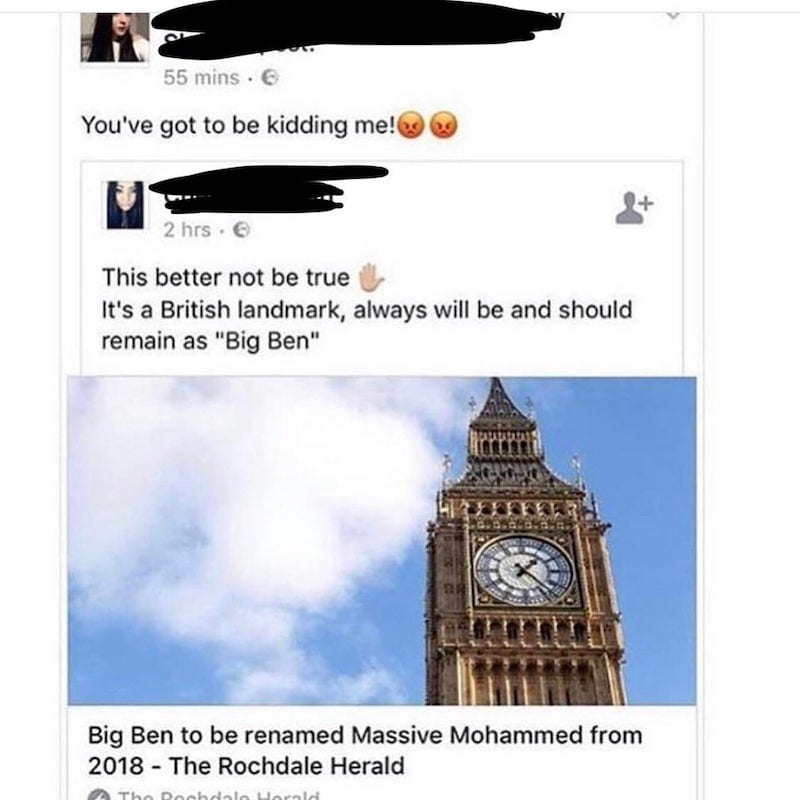 Maybe they do a tour with Smashmouth soon. 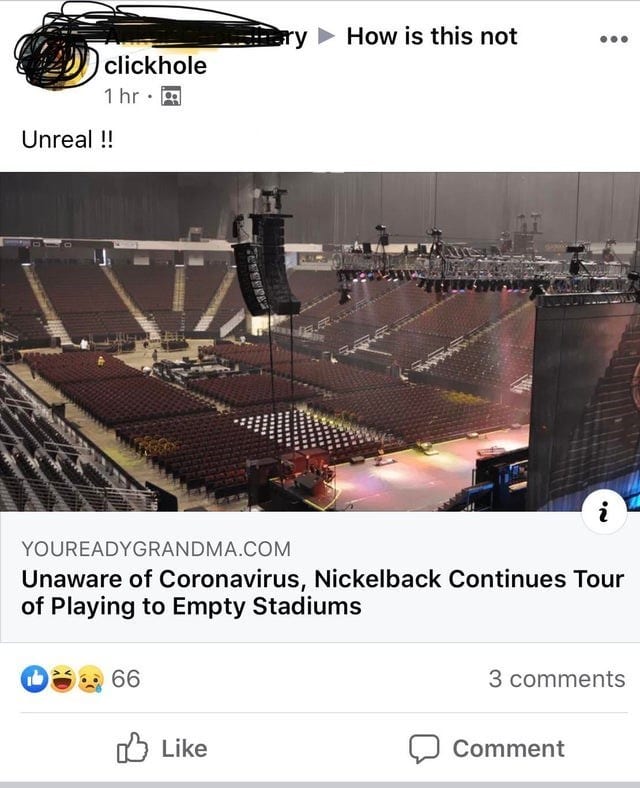 So worth it if you can get a good one, though. 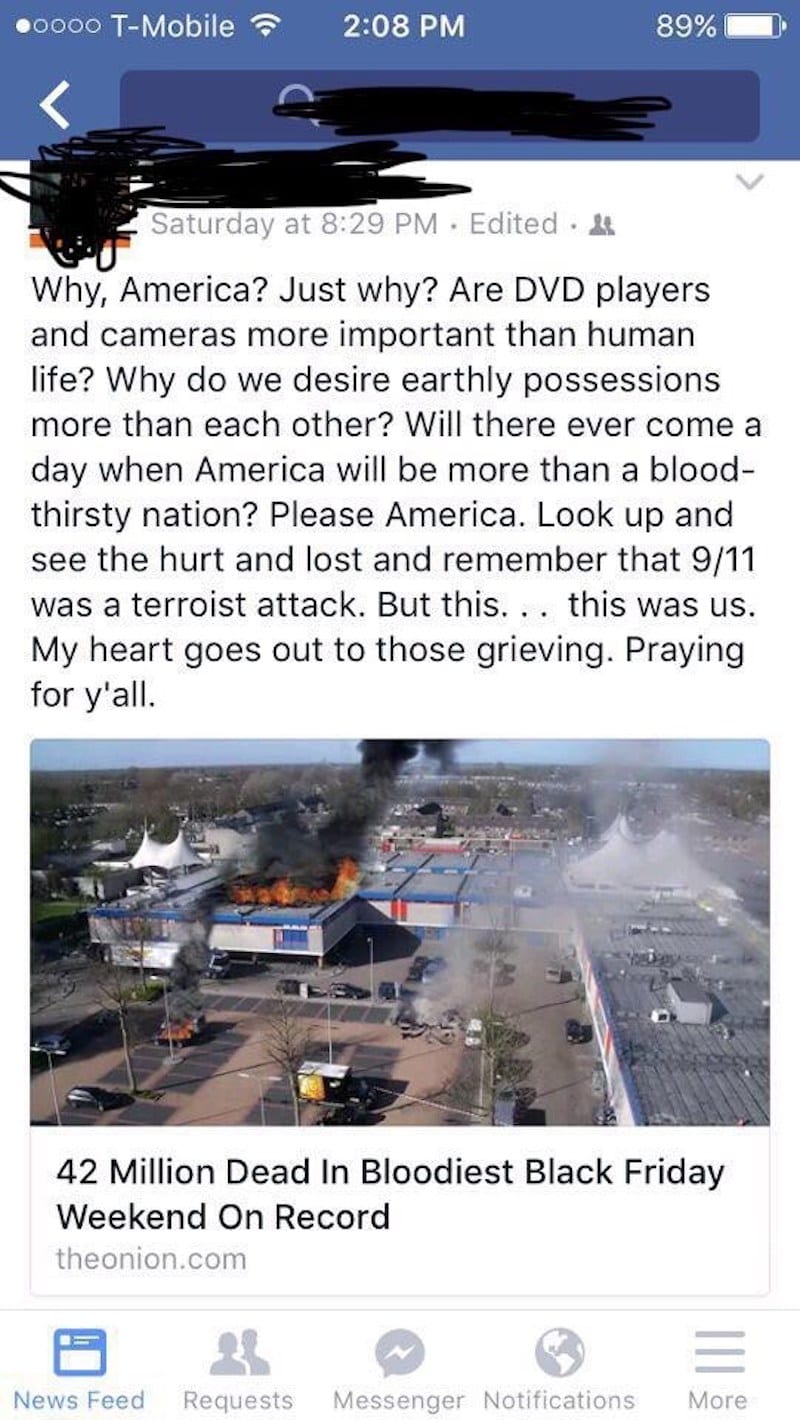 This pandemic is taking away all the fun! 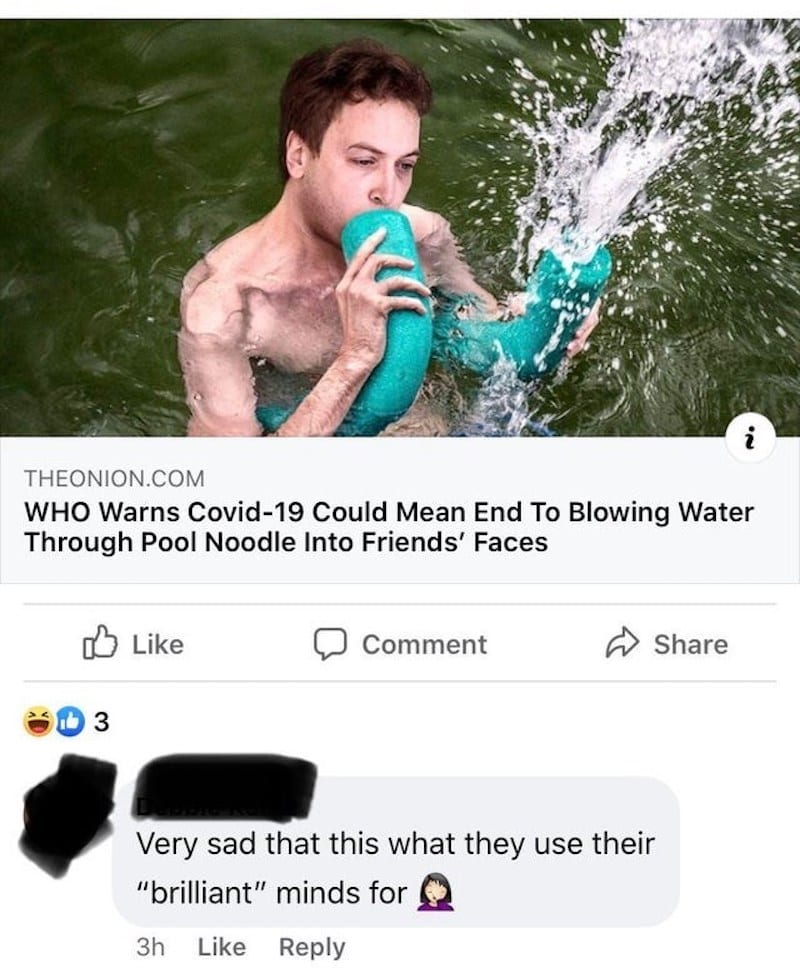 If you believe this, you’re not smarter than the average bear. 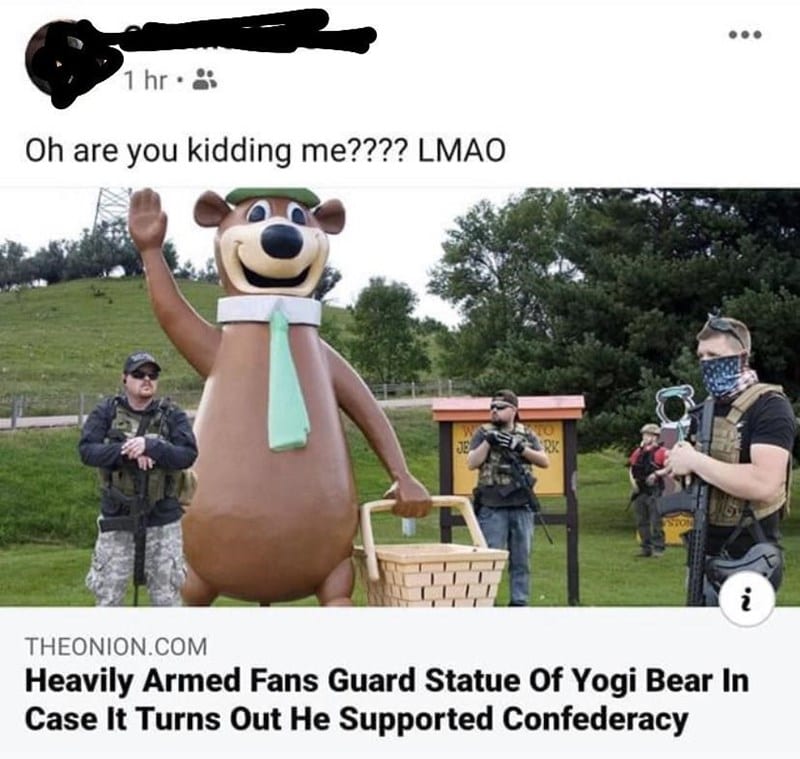 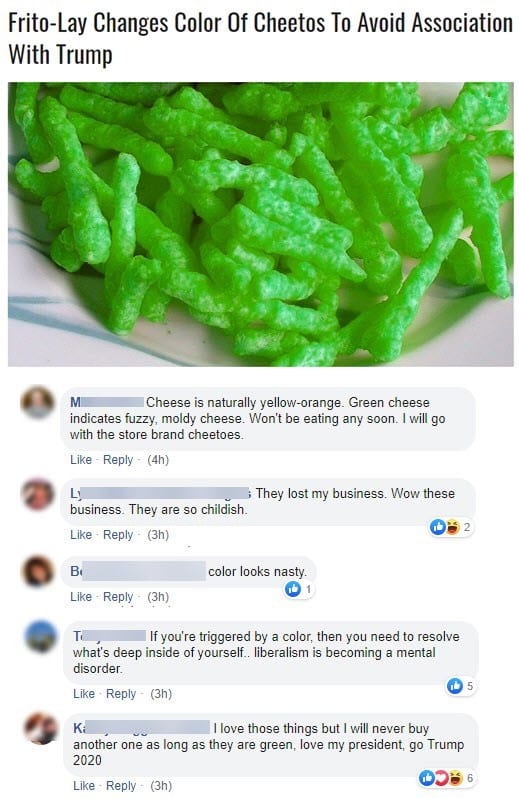 That’s ok, they’ll be safe in the hurricane’s eye. 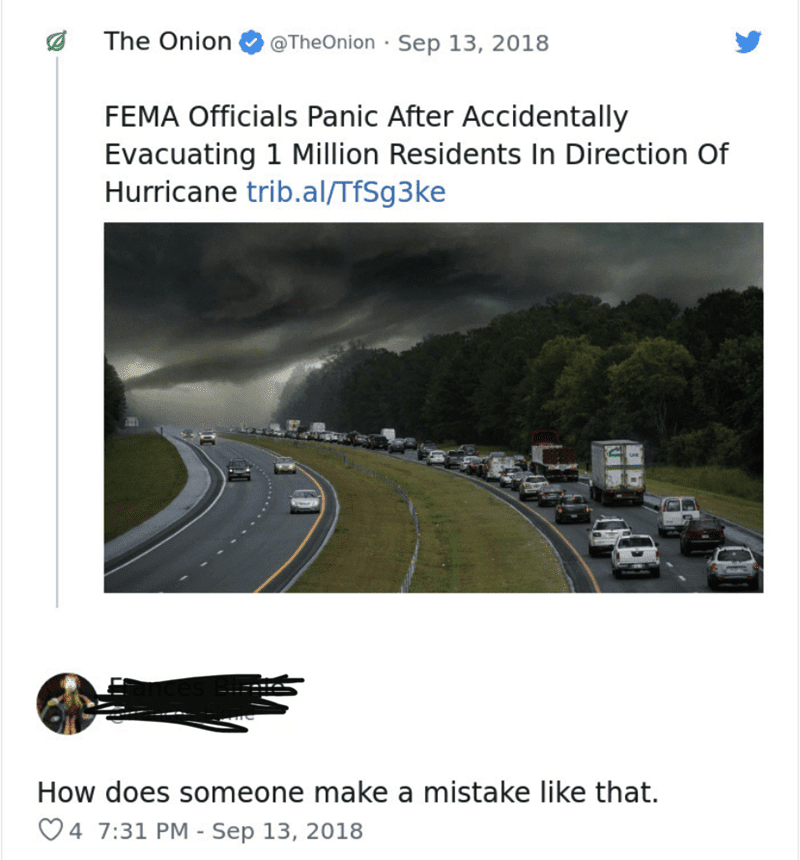 You don’t want the people who take that elevator to be in the dark, do you? 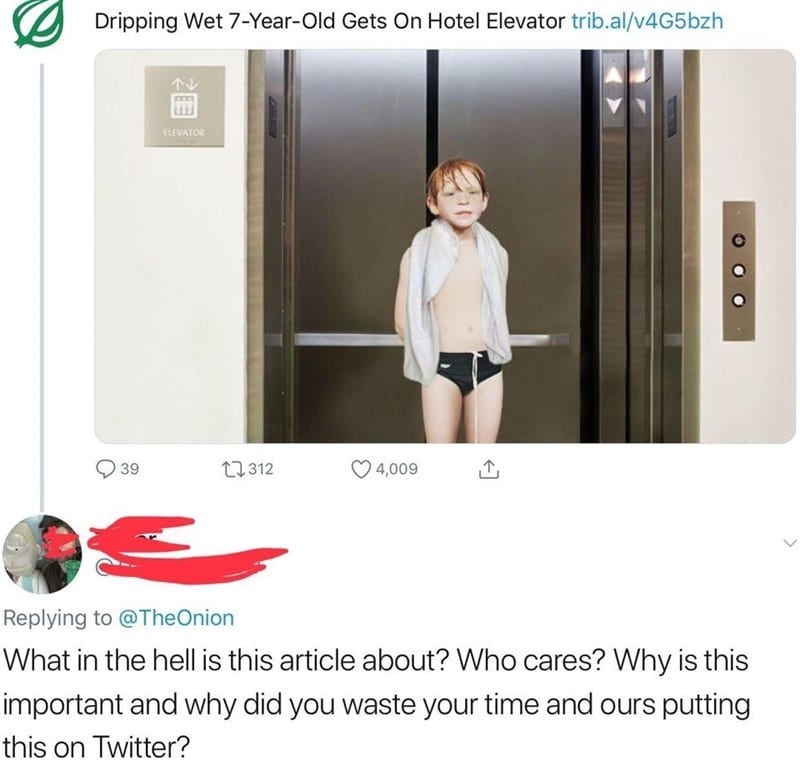 We realize it’s getting harder for The Onion to compete with real-world going’s on, but they still do, and we hope they have more hilarious years ahead of them.

What are some of your favorite Onion stories? Let us know in the comments below!