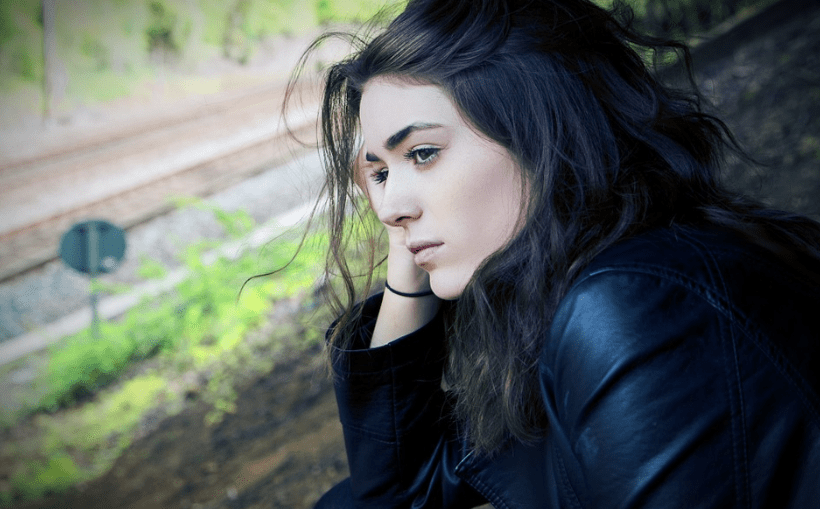 We are living in strange times, people. Society is changing before our very eyes, and sometimes what we see is pretty scary.

Folks on AskReddit weighed in on what trends they see that are disturbing and worrisome.

“How deeply advertising is penetrating our everyday lives.

Here in Australia a big story at the moment is how a horse race was permitted to advertise via projection on the sails of the Sydney Opera House. Our most recognizable landmark was used as a billboard. It’s embarrassing.”

“Seems like you can’t find any simple flavors anymore. Everything has to be fancy. You can’t buy a blueberry muffin, it has to be wild field berries and rolled oat muffin. You can’t by BBQ chips, it has to be Salsa and Roasted Peanut butter chips. Or whatever.

7-Eleven Slurpees used to be available in regular flavors, such as orange, lime, and cherry. I used to love the orange flavor. Now there are no more regular flavors anymore, just things with names like Honey Bubble Gum Sriracha Blast.

There’s rarely any solo caramel flavor anymore. Everything is salted caramel. Just give me regular caramel. What happened?”

“Willful ignorance. People who are proud not to have any knowledge about a given subject, but still have very strong opinions about it. I just had a conversation with a friend of mine on Facebook and her willful ignorance made me want to reach through the screen and strangle her.

She posted this fake news story about a “Pro-Choice Activist Proudly Having Her 27th Abortion.” It took me all of 2 seconds to Google it and find that it was fake. So I told her that it was fake and provided her with links to prove that it was and explained how and why I looked it up. She said: “I ain’t got no time for all that lol i just know it’s disgusting and anyone who does that is a mass murderer in my eyes.”

Okaaaaaaaay nevermind that literally nobody does that and I just showed her that. But whatever. I went on to explain to her about fake news and why it’s being spread and even pointed out that her sharing it is contributing to the problem. She still didn’t seem to care that it was fake.

So I reported the post to FB as fake news and just left it alone.”

“Parents putting the blame of their child failing classes on the teacher entirely, as if their child could do no wrong in any capacity.

There are a lot of little fart knockers out there who need the parents to be parents and not a friend.”

“Adults with poor listening skills. Often when talking to a person my age or older they interrupt, talk over me or don’t listen beyond the first few words and I have to repeat myself until they comprehend.

I work with several people like this. And what’s even worse is it translates to email as well. I’ll send them a detailed email going over everything they need to know and then over the next few days I’ll get back multiple emails with questions that I already went over in detail in my initial email.”

6. This is a big problem

“I’m nearly 30, but it seems like teenagers/young people in their early 20s are developing serious mental issues like depression and anxiety earlier and earlier. It almost seems as if it’s normal for a teenager to be depressed and semi-suicidal, and social media isn’t helping.

The amount of pressure put on these kids at a younger and younger age to get into a good school, get a good job, succeed is more in-their-faces than ever, and being constantly connected means that it’s inescapable. When these young people reach adulthood in the next decade or so, and these deeply ingrained issues start to reallycome to fruition, I think we’re going to have a massive mental health tidal wave on our hands that the current professional medical field isn’t prepared to handle.”

“Rising housing costs and increased homelessness. Seeing much more in the streets and can see why. Rents are so high that anyone struggling with a minimum wage job would be on the streets. Dual income properties are paying more than 60% of their income just for rent alone.

It isn’t long before the lower class isn’t a class anymore and the middle and upper classes will be the poor. The gap between the elite 1 % is growing far too big. Banks own the country and drive prices up. It is a shame.”

“This is something I’ve noticed change drastically (IMO) during my lifetime (and I’m only 33).

When I was preteen/”tween”, clothing in the girl’s section was clearly meant for children whereas these days most of it could be put in the Junior’s section and I wouldn’t even notice.

There’s also quite a difference in bras- none of the ones available in the girls section when I started wearing one had any padding. There was thicker lining so nipples didn’t show through, but not padded like push-up bras. Now, there are padded bras aimed at little girls just starting to wear bras- I saw them once at Kohls out of the corner of my eye and mistook them for women’s sports bras- it made me feel uncomfortable (and sad) when I went to browse and realized they were actually being aimed at little girls in the 7ish-14ish age range.

My husband held one up once and said, “Babe, you should get one like this! It’s really cute!” He was so embarrassed.”

“Maybe I’m just being paranoid but the rise of social media combined the current popularity of outrage-bait and “call-out culture” makes me feel like lynch mobs are about to come back in a big way.

I feel like we’re already entering a new “Salem Witch trials” era if the recent news is anything to be believed.”

“Can anyone else who works in retail, customer service, basically any public facing job confirm my hunch that over the last ten years there has been a sharp rise in the amount of grown adult men with so few social skills there mother has to come and order those turtle Beach headphones for them? Like they’ll pay with there own money, out of there own Metallica chain wallet but there mom does all the talking. Seems like a lot more grown adult men with the social skills of a shy child.”

“Ghosting. And I’m not just talking about millennials on dating apps, I’m talking middle aged hiring managers not bothering to let you know after an interview that they’ve selected another candidate. The more people I talk to the more common this seems to be nowadays.”

“People blasting their music in enclosed spaces when there’s others around.Parents just handing their phones/tablets to their kids in restaurants and letting them just play shit at full volume. Like I get it, parents sometimes need to distract kids from acting up but if you’re going to do that give those kids some god damn headphones at least. Or you know…raise your kids like everybody else has been raised for generations?

“Anti-vax. We’re going to have smallpox again if they don’t get their kids fully vaccinated on the recommended schedule.”

There have been important conversations about privacy, NSA abuses, Facebook fuckery, etc in the past few years, but I don’t think much has changed. In the meantime kids graduating college this year do not remember a time before the Patriot Act and imo are way less offended/concerned with the myriad ways our privacy is violated on a daily basis.

“Ok, it’s been happening forever – but the dumbing down of pretty much every aspect of society to meet the lowest common denominator.”