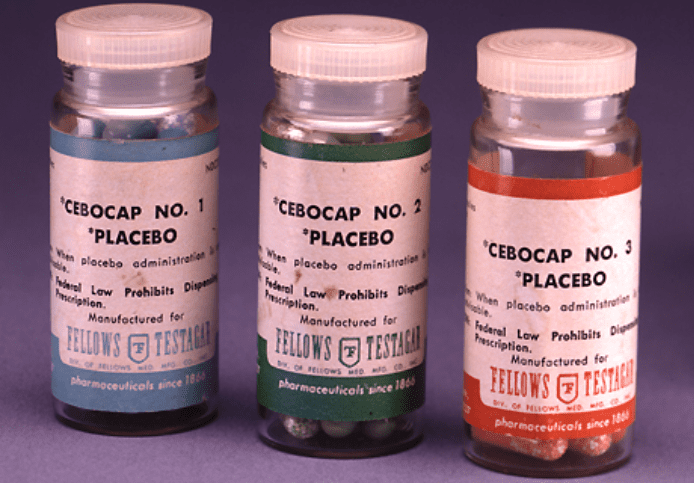 Psychology is a funny thing, and if there’s one ultimate truism, it’s this: our minds work in mysterious ways.

Take placebos, for example. Sometimes, if we think we’re taking a medicine to help with a certain ailment, but it’s nothing more than an empty pill, it might still work. Cool, huh?

Here are some interesting stories about placebos from AskReddit users that might make you re-evaluate the power of the mind.

“My daughter was suffering from insomnia and asked if I had anything that might help. I told her about Melatonin – and went to my CAR to get her one (huh?). I came back in and gave her a Tic-Tac.

She yelled at me the next day, because she fell asleep immediately after taking it and couldn’t wake up the next day – felt drowsy all day.

“Not just one story, but every time I give someone pain medication (I’m a paramedic) I tell them that it is extremely strong and will work SUPER well, so to just be aware. Even though I usually give smaller doses of the medication.

I’ve found that the people I say this to prior to giving the medication seem to think it’s works better.”

“I started getting headaches when I was 5 yrs. old. Family doctor told mom not to be silly, children don’t get headaches. After a few years, he finally said he would give me something for them. He pulled a big jar out of the cupboard and poured a bunch of little red pills into an envelope and said take one anytime my head started to hurt. I was an advanced reader, especial mysteries.

In the lobby, checking out, I asked my mom if they were sugar pills. They were. 40 years go by, I’m talking with my uncle. He says he sure wished he could find out what those little red pills were, that he got from the same doctor. They were the best medicine he had ever had for his arthritis. I never told him.”

4. Touched by an angel

“I spent a full year and a half with odd neurological sensations (buzzing, tingling, numbness, stabbing pain all over my body) . One particular pain was a pain in my finger that felt like I had a splinter in my finger when brushed or touched lightly. Dr’s/ neurologists were unsure of what was going on with me but they were certain it was nothing “serious”… they hinted that the pain in my finger could be something called allodynia. Not a fun time and very scary.

Well, I had an old childhood friend visit me and stay with me for a week. I caught him up on everything that had been going on with my health. We knew each other since elementary school. He was always the coolest guy in school. In the best bands. Best baseball player. Best skater. All the girls loved him. But he was also a super hypochondriac and anxiety got to him majorly in his 20’s. Any who.

He knew me really really well. Best friends all through our teens… telling him about my finger he says “Dude. My skin hurts too when I’m super stressed out. Right here (he rubs the hair on his head) You’re stressed. This is a stressful thing to go through… and your nerves are shot and hypersensitive. Mine comes and goes. You’ll be fine.” And he puts his hand on my shoulder. “Serious sully man. I promise. I know you. You’ll be fine.” And it was the thing that I’d been wanting for so long. Someone who knew me well, telling me I would be ok.

After a year and a half of telling every sort of dr, therapist, healers etc etc etc… I swear to god… within that hour… the pain went away. I had had that pain for a solid year. Touch my finger. Boom. Sharp shocking splinter feeling. We were at dinner…. I touched my finger. Nothing. Thought it was a fluke. Nothing the next day. Or the day after that. And nothing for over 2 years now.

The odds of my body magically healing during the hour after my friend talking to me in such a transformative way… I’d say are pretty low. I think it was the most important placebo I’ve ever gotten.”

5. Afraid of the dark

“When I was about 7 years old I used to really be afraid of the dark. I wouldn’t want to walk into my room without some sort of light on. One day I had a drink that had the work “bravery” on the bottle. 7 year old me thought that drinking this would help! As soon as I drank it i walked into my room without any lights on and as soon as I was starting to feel a bit scared I remembered the drink and realized everything was fine. That was actually the last time I was afraid of the dark.”

“So I was in Amsterdam few months ago, just to visit the city btw, not because of weed. We went to a shop where they were selling cakes and hot chocolate and things like that. I bought a cup of coffee and 10 minutes after drinking the coffee I said to myself “wait, did you just drink weed coffee?”, because the taste was a bit different/weird. And I literally started feeling high and I was paranoid. After 15 minutes I said to myself “nope, it wasn’t weed coffee” a few times and then all the feelings just disappeared.”

“I’ve had chronic health problems since childhood that doctors were long incapable of definitively diagnosing. One physician I had spent years experimenting on me with various medications, most of which did nothing or just made me sicker in even the tiniest dosages. SSRIs, vitamins, hormones, steroids, on and on. During one visit he was sitting as his desk reviewing my file and started in saying; “Y’know, the power of the human mind in amazing…”

He then proceeded to give a short explanation of the Placebo Effect and its amazing results, ending with the suggestion that perhaps I should give it a try, to which I responded; “That sounds great, doctor, but for the Placebo Effect to work, aren’t I supposed to NOT know that I’m taking a placebo?” He fell silent for a bit, then moved on to other topics.”

“I had a severe panic disorder when I was like 6 and my therapist told me that Tic-Tacs would stop them. In reality, they made me not nauseous anymore which calmed me down. I guzzled that for 20 years and now I have permanent esophagus damage.

But I still bought into it for all that time…”

“If my kid falls and I tell him he’s fine, he’s fine, and may even laugh. If I don’t say anything, he’ll get scared he’s not fine and cry.”

“When my little brother was a toddler, we’d shout “Ba-dum!” after he fell down, even if it looked like it probably hurt. It always made him laugh, then he’d shout “Ba-dum!” right back at us and continue like the fall never happened. It prevented a whole lot of tears and screaming.”

“I have ghost spray that I spray my kids rooms with if they get scared of the dark. It’s just water with a little lavender oil. Helps them sleep. ?”

“I’m a preschool teacher. I keep a bottle of “magic potion lotion” (aveno natural, decorated to hide the label) on my shelf for all those little boo-boos or for when my kiddos are a bit sad. I rub it between my hands, maybe blow on it a couple times or say something kind of funny/magical sounding before putting it on them. Works nearly every time. One boy from another class even brought his mom to me so she could get him some!”

“When I was little I suffered from a long series of nightmares, typical kid stuff with witches and monsters and such. In response to this my mother brought a small Qilin figure, and told me it was a dream guardian that would protect me when I slept and keep away nightmares.

I still have it and have only had about 4 nightmares in the last 20+ years. Most of which I treated with annoyance more then fear.”

“I always break out in hives after job interviews. I also get a lot of anxiety, I feel nauseous and I can’t sleep. Sometimes for weeks afterwards. I realized after a few days of this recently that if I just repeat in my head “you got the job already, they offered it to you, you did it!” I can literally watch my skin turn back to a normal color and feel the hives calm down.”

15. The best few minutes of your life

“I was in Thailand and a hooker at the beach called out to me ‘Hey sexy man, where you go’? i felt confident for a few minutes until she yelled out the same comment to an obese guy in his late 60s or so(i guess he could be sexy, all subjective really).”