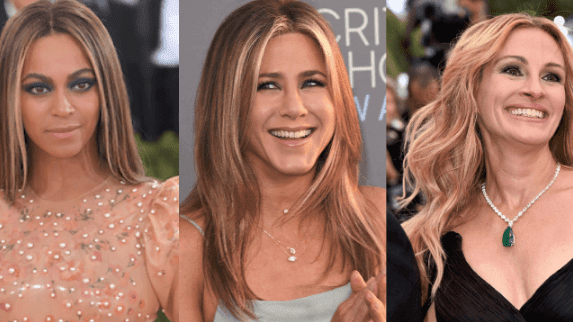 13 celebrities who made crazy demands of their hired help.

Celebrities are good at many things, like being gorgeous, spending money, and posting selfies. Human relations, on the other hand, is not their strong suit. Thanks to ironclad non-disclosure agreements, the public rarely finds out about the outrageous diva demands stars make of their hired help, but luckily some have been leaked. Here are 13 celebrity bosses who will make you feel so much better about your sucky job. 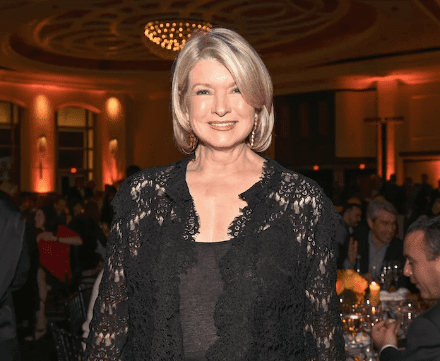 Considering how perfection is kind of her thing, Martha Stewart does not seem like a super chill person to work for. According to Radar Online, the domestic diva makes her assistants color in the bottoms of her Christian Louboutin shoes with a marker. What? Apparently she’s not a fan of the signature red soles (a.k.a. the best part) and would rather have someone painstakingly cover them with a black Sharpie. Classic Martha, ruining her shoes’ soles and her assistants’ souls in one easy step. 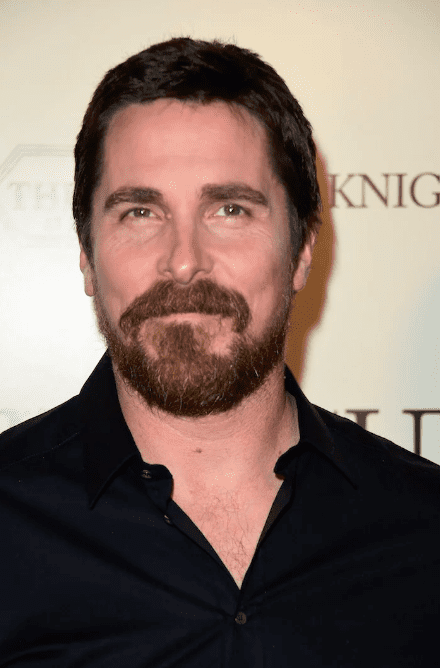 In his tell-all book, Christian Bale: The Inside Story of the Darkest Batman, ​Cheung reveals that Bale was so mean, he would literally make little girls who approached him cry. Cheung said being Bale’s assistant cost him his marriage and sent him to therapy for years. “My therapist would describe my condition as post-traumatic stress disorder,” he said. 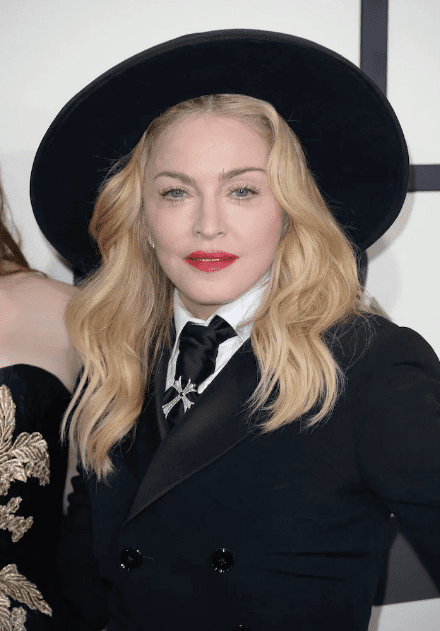 In 2009, Angela Jacobsen, the nanny for Madonna’s adopted son David, made news when she abruptly left her job and posted, “I’m not putting up with this sh*t any more” on her personal Facebook page. According to Jacobsen, she was required to be “on call 24 hours a day,” and everyone in the home was forced to adhere to a strict kosher and macrobiotic diet. There was no television allowed in the house either.

Another of Madonna’s employees claimed that the singer requires her personal assistant to bring her water at least six times throughout the night, every night. On top of that, She’s cheap—paying only half the going rate for celebrity assistants.

Yet another insider disclosed that the Material Girl is so obsessed with cleanliness that “before she will go to the toilet, she’ll send one of her team in with gloves and a face mask, with a bottle of disinfectant and a cloth.” You’d think Madonna got exposed to enough germs in the ’80s to be immune to anything found on a toilet seat.

When you’re a mega-rich superstar, no demand is too over the top. Queen Bey allegedly made her previous nanny learn all the choreography from Single Ladies so she could perform it for Blue Ivy, on command. Apparently nothing calms a child down faster than watching their caretaker gyrate to a singles empowerment anthem from 2008. No word on whether the nanny had to wear a spandex bodysuit.

Not too long ago, the Internet went wild over this clip of Beyoncé shutting down her assistant on the red carpet. Lesson learned: don’t ever get between Beyoncé and her true love, the cameras. 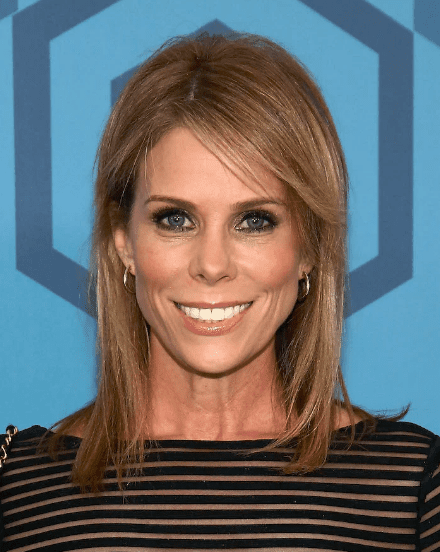 “There is a really gritty, unglamorous underbelly to show business called the assistant world,” Cheryl Hines told The Wrap, and she should know. When the actress scored her breakout role playing Larry David’s wife on Curb Your Enthusiasm, she was working as a celebrity personal assistant to Rob Reiner.

While Hines signed a non-disclosure agreement not to dish on Reiner, she did reveal that she asks her own assistant “to do awful things.” Worst of all: cleaning out every cage for her daughter’s menagerie of pets, which includes two dogs, two guinea pigs, a gecko, a hamster, two turtles and a hedgehog. That’s a sh*tty job, literally.

By the way, it’s not easy to handle a hedgehog. They are prickly and there’s a lot of poop involved. Maybe if I wasn’t working I’d do it but I don’t think so. I’d rather work at 7/11 and hire someone to clean hedgehog poop. This is the town where you can do that. 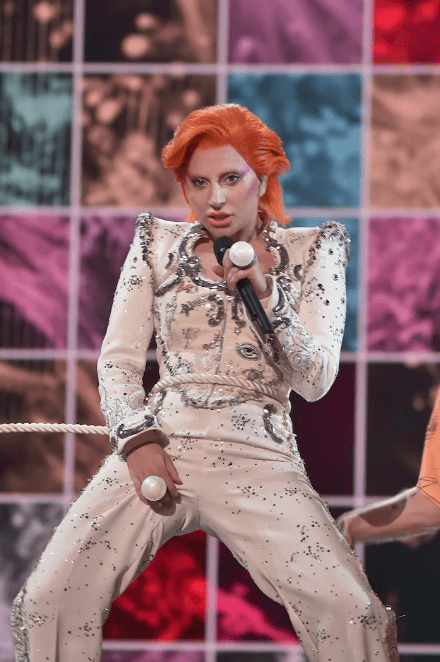 If you think your boss is overbearing, imagine having to sleep in the same bed with them every night. In 2013, Lady Gaga’s former personal assistant Jennifer O’Neill sued her for $390,000 in unpaid overtime plus damages. ​(O’Neill reportedly made $75,000/year as an assistant.)

In the lawsuit, O’Neill claimed she had to work 24/7 and was literally required to sleep in Gaga’s bed. “I was by her side virtually 24 hours a day, seven days a week,” O’Neill testified. “That includes sleeping in the same bed with her. Because she did not sleep alone.”​

Gaga’s former assistant claimed she was not allowed to have any privacy, talk to her family, friends, or even sleep uninterrupted. “Another thing she would do in the middle of the night, would be wake me up to have me change the DVD in the DVD player because she didn’t want to watch that DVD any more and she couldn’t get up to walk across the room to change the DVD herself.” O’Neill said.

Lady Gaga settled out of court with her former employee, calling her a “f *cking hood rat.” Besides the settlement and getting to spoon Lady Gaga, O’Neill reportedly got a $1 million book deal out of the experience. Not too shabby. 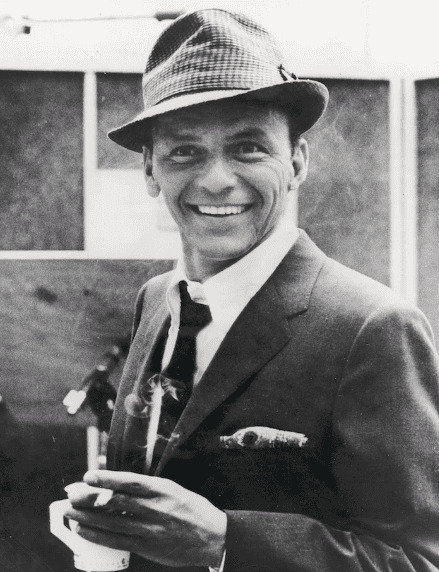 It’s not just the stars of today who are divas. Frank Sinatra’s faithful butler George Jacobs had plenty of stress tending to Ol’ Blue Eyes.

Jacobs revealed he had to serve the singer Jack Daniel’s, hand-wash his underwear, straighten his toupée, and coordinate the many women who came in and out of Sinatra’s bed.

In his memoir Mr. S: My Life With Frank Sinatra, Jacobs also revealed that he had to spray cover-up on his boss’s bald patch every single day. 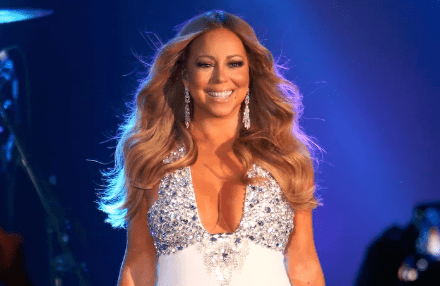 Mariah’s diva behavior is legendary. The star employs a small army of bodyguards, nannies, assistants, chauffeurs and pet chauffeurs. She needs each and every one, because apparently the star can’t do basic things for herself.

She allegedly “can’t work a microwave,” and forces her personal assistant to wash her hair in the shower. She’s been known to have an assistant walk backwards in front of her so she doesn’t fall down in heels, and she can’t even be bothered to hold her own drink.

One of her backup dancers revealed he witnessed Mariah ordering an assistant to hold her Diet Coke for her as she sipped it through a straw. The Sun reported that when Mariah Carey was in Scotland, she sent her assistants out at 3 A.M. to pick up 20 DVDs, Oreos, and bottles of Coke, as well as some pizzas.

One of her employees had a problem with all of these 24/7 demands and sued Carey for overtime. Ylser Oliver filed a lawsuit which alleges Carey forced her to work “approximately sixteen hours per day … for six to seven days per week” and was never paid overtime or even given one meal break in the over seven years she worked for the singer.

Damn, Mariah could’ve at least given her some pizza. 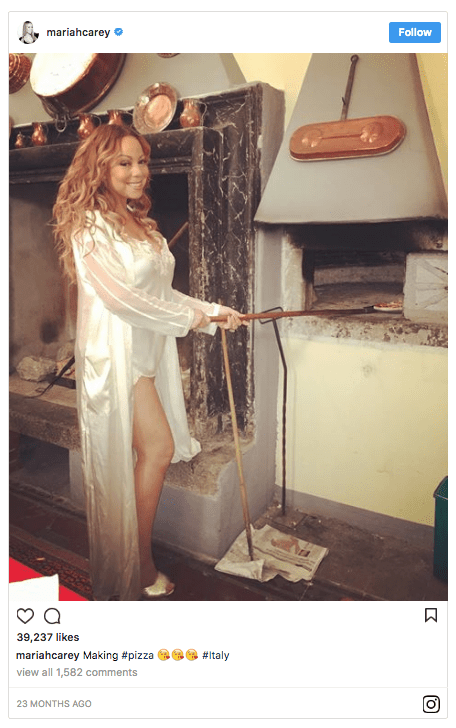 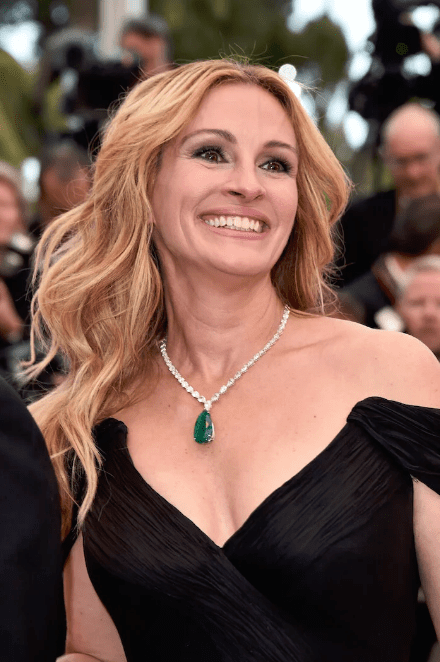 According to a former staffer, Julia Roberts used to force her kids’ nannies to wear long red wigs when tucking the little ones into bed at night. “It was a bit weird, but I get it,” the nanny said. “She hoped they would think it was her putting them to sleep instead of the sitter.”

“What, I thought she was you,” said every celebrity Dad who’s been busted shagging the nanny. 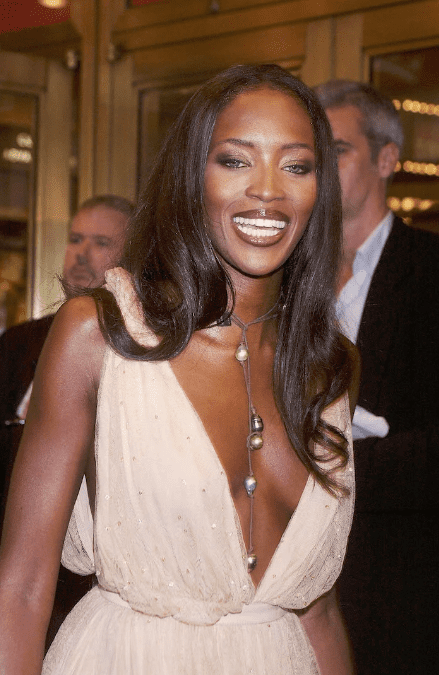 Personal assistant to the stars (and extremely brave soul) Rebecca White told the New York Post what it was like to work for Naomi Campbell. According to White, Campbell had very specific requirements for any hotel she stayed in. Exactly 25 lily-scented candles had to be placed in specific spots around the suite. She said, “There always had to be five candles in the bathroom, 10 in the bedroom and 10 in the living room.”

Those diva demands seem pretty cute when you compare them to all of the alleged abuse the supermodel’s been accused of by women on her payroll. Naomi has allegedly assaulted employees on 11 different occasions between 1998 and 2009. In 2006, Campbell was arrested for reckless assault for throwing a cell phone at her housekeeper’s head in a fit of rage, causing lacerations that required four stitches. Before that, Campbell was sued by a former assistant who accused Campbell of throwing a phone at her and physically attacking her during an explosive tantrum in Beverly Hills in 2001. A year earlier, in 2000, Campbell pleaded guilty in Toronto to a 1998 assault charge for beating her assistant Georgina Galanis in “a fit of anger.” 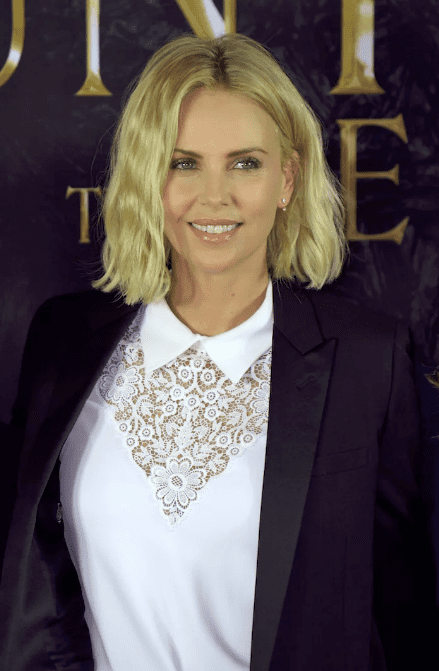 Charlize Theron is a self-proclaimed “bitch,” and it doesn’t sound like her employees would disagree with that.

“I wasn’t allowed to speak or even look at her,” one of Theron’s former nannies revealed to Star magazine. The nanny said if she had anything to communicate with her boss about the children she had to write it down in a diary. “Dear Diary, my boss won’t let me make eye contact with her. Going to go cry now.”

Yep, looks like Charlize has this whole parenting thing under control. 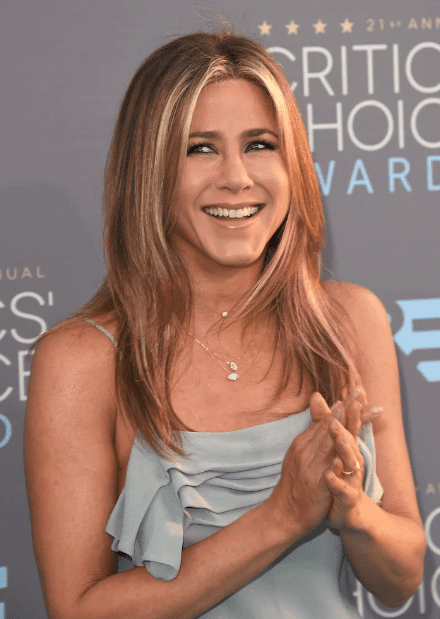 Jennifer Aniston is quite the opposite. She demands her employees to look at her, at all of her. “Jen is very free when it comes to showing off her body,” said a former bodyguard.

When she answers the door in the morning she’s in a mini camisole and underwear. She never covers up. But everyone is used to that. That’s just Jen! She’s always half-naked. When she’s not in her underwear, she’s in a bikini. I can name all the moles on her body, that’s how many times I’ve seen her undressed.

Maybe she’s not a showoff, maybe she’s just hot? The former Friend is apparently known to “make an assistant hold a fan in front of her between scenes” so she never looks sweaty. Good thing, because if anyone found out Rachel Green has sweat glands, they’d totally stop loving her. 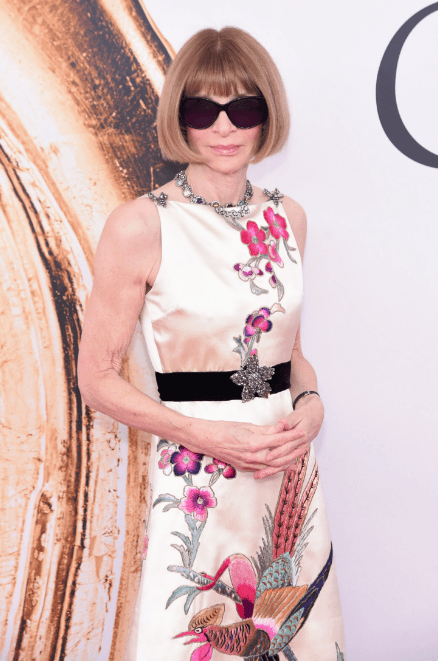 Weisberger recalls making six Starbucks runs a day and facing some serious judgment for her unfashionable shoes. Wintour would “stare at them in disgust and it was a stare that conveyed her displeasure pretty clearly.” Classic Miranda Anna.