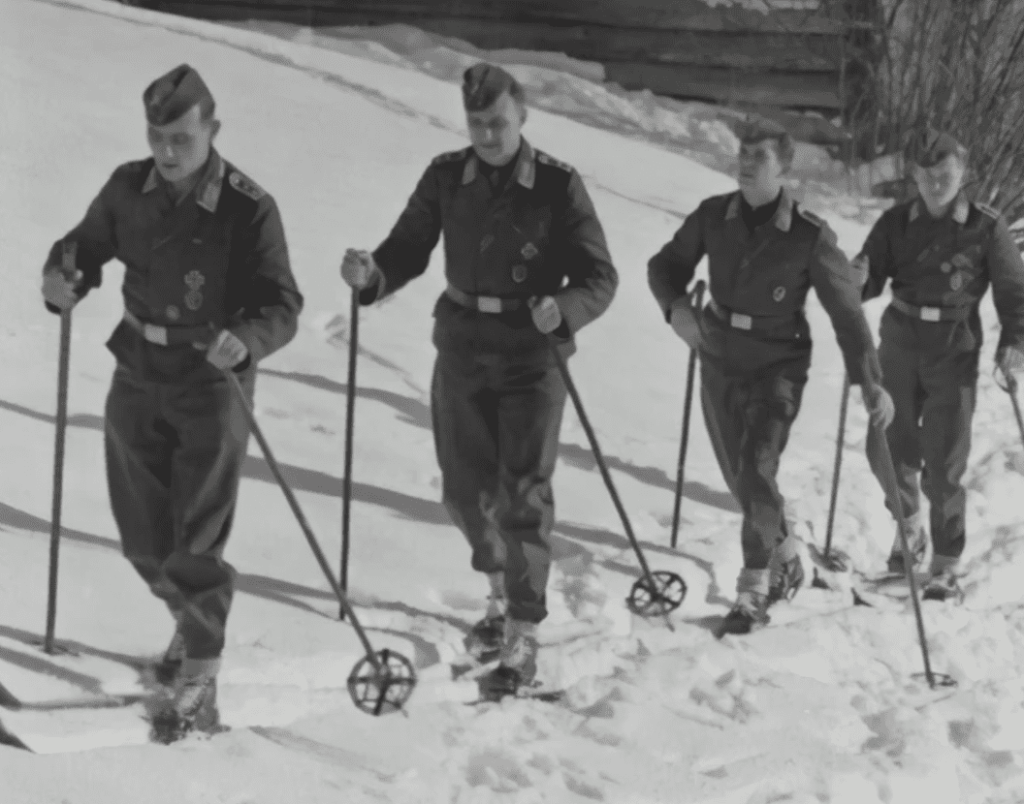 I’m someone who is totally obsessed with history and I’m always reading as much as I can about different eras.

And the more I learn, the more my mind is totally blown by how fascinating history is and how Hollywood’s greatest screenwriters wouldn’t be able to come up with some of the insane things that have happened in our world.

Here are some very interesting history lessons from folks on AskReddit.

“The death of Ken Rex McElroy.

He terrorized Skidmore, Missouri for decades. Stalking, assaulting, m**dering and r**ed two 14 year olds who were his “wives.” He had an expensive attorney so he was never charged. The law never helped the poor town.

One day, the town gathered for a meeting on how to deal with McElroy. Details get a little vague here, but apparently someone alerted the room that McElroy was in the bar up the street.

Quietly and calmly, everyone got up and walked over to the bar. As McElroy got into his truck, someone shot him in the back of the head. The town just went back to their business. When the witnesses (like the entire town) were questioned, everyone claimed they didn’t see anything.

No one has ever been arrested.”

“In 1980 Lake Peigneur in Louisiana drained like a bathtub with the plug removed.

Oil Drillers on a rig in the lake had hit a mine shaft below.

The rig, barges, a tugboat and part of a nearby island got sucked into the largest man-made whirlpool ever.”

They built an entire life for this dead, fake, military man, dumped him in the ocean, and successfully distracted the Germans.”

“In 1971, a teenage girl named Juliane Koepcke was on a plane that was struck by lightning and disintegrated in the air. She plummeted 3,000 meters strapped to her seat, and landed in the Amazon rainforest.

Her mom had been on the flight with her, and Juliane searched in vain for her mom, but Juliane was the sole survivor of the crash. She survived 11 days alone, treating her maggot-infested wounds with fuel and using tracking techniques her father had taught her, before she found a boat that she used to make her way back to civilization.

What an absolute legend.”

“Wojtek was a bear who fought Nazis in return for cigarettes and beer.

He didn’t die until 20 years after WWII.

My favorite part about that story is that after the war he lived in a zoo. It was common for soldiers from the bear’s company to come visit and simply jump into the enclosure to play with him, much to the zoo keepers’ annoyance.”

“The escape from Antarctica by the members of the Antarctic expedition led by Ernest Shackleton. The stuff they went through was unbelievable.

Their boat, the Endurance was crushed by ice floes. They were stranded on the floes for over a year in temperatures well below freezing. They then took to three boats around 22 feet in length across the antarctic ocean looking for land. There were about 10 men in each boat.

They missed reaching land by just a few miles at times. Two thirds of them got stranded on Elephant Island surrounded by ice while one of the boats went out in search of rescue. That boat made it through the Drake Passage, one of the deadliest places in the ocean.

All but three of them got stranded with little food and water while the three men who left became the first people the cross South Georgia on foot. They found civilization. Rescued the men who came through the Drake Passage.

Waited months until they could rescue those on Elephant Island. Every single person who came on the initial voyage survived with the worst lasting consequence being a single foot amputation.”

“President Andrew Jackson’s funeral in 1845, his pet parrot had to be removed because it was swearing loudly.

And he also left a giant rotting cheese wheel to his successor Van Buren. He had received two as a gift and he held a giant party in the White House where people could just show up and drink and eat of the first 1,200 lbs cheese wheel gift! … But the other remained in the cellar for 2 years till Van Buren took over.”

“Edgar Allen Poe wrote a novel in 1838 in which 4 shipwrecked survivors, at the point of starvation, choose to resort to cannibalism. So they kill the young cabin boy, Richard Parker, and eat him.

In 1884, a ship called the Mignonette sank. 4 crew members survived. At the point of starvation, they killed and ate the youngest of them: Richard Parker.”

“The Bone Wars! Two rival paleontologists, Othneil Charles Marsh and Edward Drinker Cope, were in a race for academic clout, so they both took off to places like the fossil beds of Montana and Utah to try and dig up as many dinosaurs as possible before the other guy.

But they didn’t stop there, and hired spies and saboteurs to impede the other’s work, as well as trying to pass off sloppy or fake skeletons sometimes. The overwhelming majority of iconic dinosaur genre that we know were either first discovered or simply got a lot of new samples to work with, and were made iconic by the amount of publicity they received.

This includes Triceratops, Stegosaurus, some remains of Tyrannosaurus, Apatosaurus, and many, many more.

This is also where the Brontosaurus confusion comes from. One of the scientists (I forget who) had already discovered Apatosaurus. The other then discovered a new skeleton of the same dinosaur, but intentionally put a skull from a different species, Camarosaurus, onto that skeleton and tried to pass it off as a new species entirely, Brontosaurus.

The fake was unveiled pretty quickly but the name stuck. More recently, however, we have a lot more tools to distinguish smaller features from bones, and it was found that the skeleton that was originally passed off as Brontosaurus is actually barely different enough to receive its own genus, and the name Brontosaurus was revived.

I’ve always thought that this could make a fantastic show, especially if it includes dramatized “flashbacks” to how the dinosaurs in the skeletons died.”

“An English king named Ethelred, later called the Unready, took some troops to defend against a Viking invasion.

The weather was bad, so a lot of the Vikings’ ships crashed as they were landing. Ethelred thought that it would be dishonourable to attack them as they were stumbling onto shore, so he kept his troops back until the Vikings had a chance to get together and form proper battle lines before he attacked them.

The better prepared Vikings then won the fight and slaughtered a bunch of Ethelred’s men and he and the rest were forced to run away while the Vikings went around pillaging.”

“Jeanne de Clisson (1300-1359) was married to a French nobleman who was beheaded for treason by the French King.

Enraged, she sold their estate and purchased three black warships with red sails, and became a pirate queen of the English Channel who targeted French ships.

She became known as “The Lioness of Brittany” and in her 13 years of piracy she would slaughter every member of a ship’s crew except for one so that last survivor could go back and tell the French king what had happened.”

“Joshua Norton was just this random crazy guy from San Francisco who hated all this political nonsense that was going on at the time and figured he could do the job better at it himself, and thus “The Emperor of the United States and Protector of Mexico” was born. While he held no real power, the people liked him so much that they treated him like royalty anyways.

Any currency issued under his name was treated like real money at many establishments.

One day, he was arrested by a private security force because of his mental health, which enrage practically all of San Francisco. The Police Chief let him go because he had committed no crime, and Norton gave an Imperial Pardon to the guy who arrested him. After this incident, any police officer Norton passed would salute him.

Another time, when a riot had formed and was getting pretty violent, Norton simply stood in front of the mob and calmly prayed, which managed to disperse the mob.

And that’s not even a fraction of the crazy stuff that he did.”

During world War 1, a soldier found a stray dog when training on the Yale University campus, and took a liking to him. The soldier snuck the dog onto the ship when he had to leave campus and when the dog was found by the commanding officer, he was allowed to stay because he had learned how to salute.

Stubby was injured a few times during the war, but he was useful with alerting his squad of surprise mustard gas attacks and gunshots before the human ear could detect the sound. He also found and comforted wounded soldiers and caught a German soldier by the leg of his pants until American soldiers got to him.”

“The great molasses flood of 1919, a tank filled with 2m gallons of molasses burst and sent a tidal wave of molasses through the streets of Boston

Wow! Those are pretty crazy.

Do you know some really interesting historical stories that most people probably don’t know about?