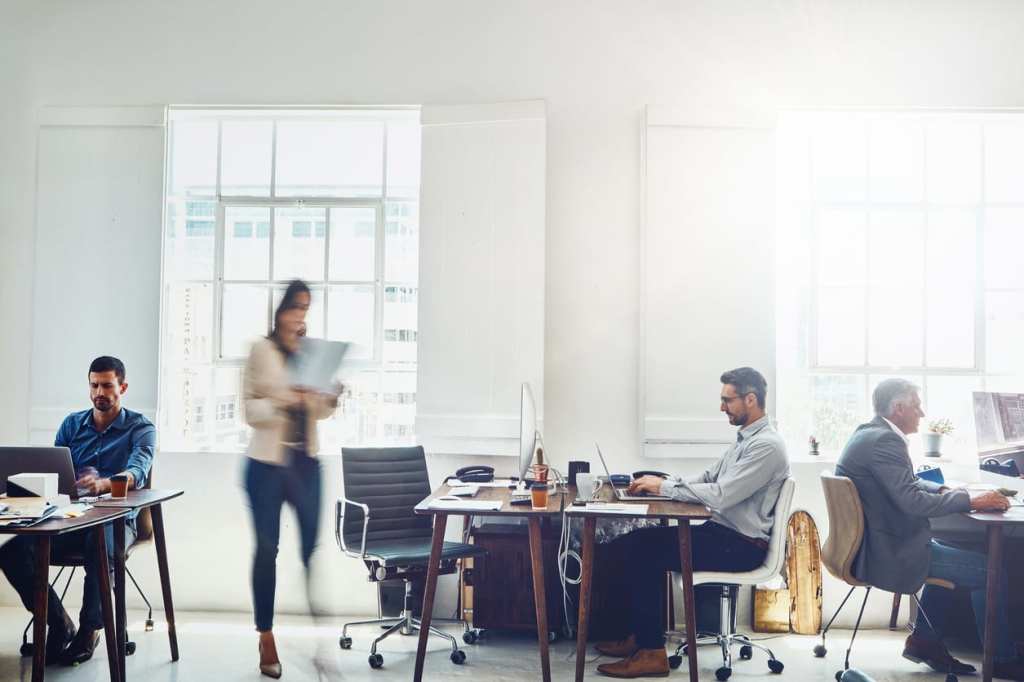 We grow up, leave our parents homes and rules, only to enter a giant world full of more rules! And many times, while the rules are meant to keep us safe, they wind up being just plain idiotic.

Check out these 14 workplace rules someone had to have been drunk to think made sense.

My work is pretty chill, for the most part.

They have the basic dress code rule of just dressing tastefully for the office and no ripped clothes.

One day I was wearing a cardigan and a nail sticking out of the wall snagged the shoulder, putting a very small tear in it.

They told me I needed to go home and change shirts.

I work for a freight company. We have no visitors.

I work in a clothing store, and we have tills which are electronic, can scan items easily and we are only allowed to cancel 3 items on the receipts a day. Often we have customers who change their minds or don’t want a bag (in UK it’s mandatory now to pay 5p for a bag), therefore I get on average 9 cancels a day, giving me a cash error, too many cash errors results in a ban from being on tills, which is 60% of my day.

We aren’t allowed to use slang words such as “hi” as it’s considered highly unprofessional.

If it snows hard enough that the road are dangerous, but not too dangerous, we get to wear jeans.

Work in a hotel, we aren’t allowed to bring food in because someone stole one of my managers burritos out of the fridge. She keeps a mini fridge in her office for her personal use now.

We also aren’t allowed to use the vending machines because a guest gave us a negative review because our snack machine was out of KitKats.

I work customer service for a utility company. We get to the office at 8 AM to do paperwork, but we’re not open to the public until 9 AM. Our hours are clearly posted on our door. However, our boss makes us unlock the front doors when we arrive at 8 AM, so instead of having that hour to get paperwork done, we’re dealing with customers that come before we’re technically supposed to be open. Makes no sense.

My previous manager had a rule that we weren’t allowed to go out to lunch together unless the whole office (5 or so of us) was invited. She didn’t like that people were forming cliques by some people going to lunch together.

Her downfall began when she called out one of my male coworkers for violating this rule by frequently going out to lunch with a female coworker of ours.

“What would your wife say about this?” our manager queried.

“Uhh…nothing? She knows we go out to lunch and I’ve had her over to my house to have dinner with my wife and kids?”

The guy proceeded directly to HR and said he felt threatened as if our psycho ass manager might be trying to blackmail him into compliance. She was required to recant her policy, undergo training about things managers can and cannot do and stop trying to police our unpaid lunch hour.

That began her downward spiral where she just behaved more and more erratically until she eventually disappeared and we got a sane boss (ironically, the woman that male coworker was going out to lunch with). Everybody won.

I used to work in a coroner’s office. The main bathroom smelled like the autopsy room drain. I found a private, one stall bathroom around the corner (still in the building). My boss was at my desk one day, asking where I was and acting like he had caught me shooting heroin. I explained and he insisted I was only allowed to use the coroner’s office bathroom.

I was seeing red; started applying for jobs the same day, on company time.

You are allowed to eat a chocolate bar or other sweets at your desk, but you can’t have an apple or a banana.

We aren’t allowed to have a coffee pot, because my boss doesn’t like coffee.

I used to work at waffle house when I was younger, and you can get fired for making a pancake. I made lots of pancakes.

Edit: some of the cooks can put your whole All-Star breakfast inside your waffle. Dont ask if its busy.

They recently changed our dress policy at work. I can wear shorts, baseball hats and sandals (as long as they are not flip flops) but you can’t wear running shoes.

I’m a US Marine and article 114 of the Uniform Code of Military Justice says that I can’t participate in duels or challenge others to duels.

I can’t challenge someone to pistols at the field of honor at dawn. What the actual hell Chesty?!

The schedule at my old job:

It was an accounting department. We didn’t even get phone calls or anything.