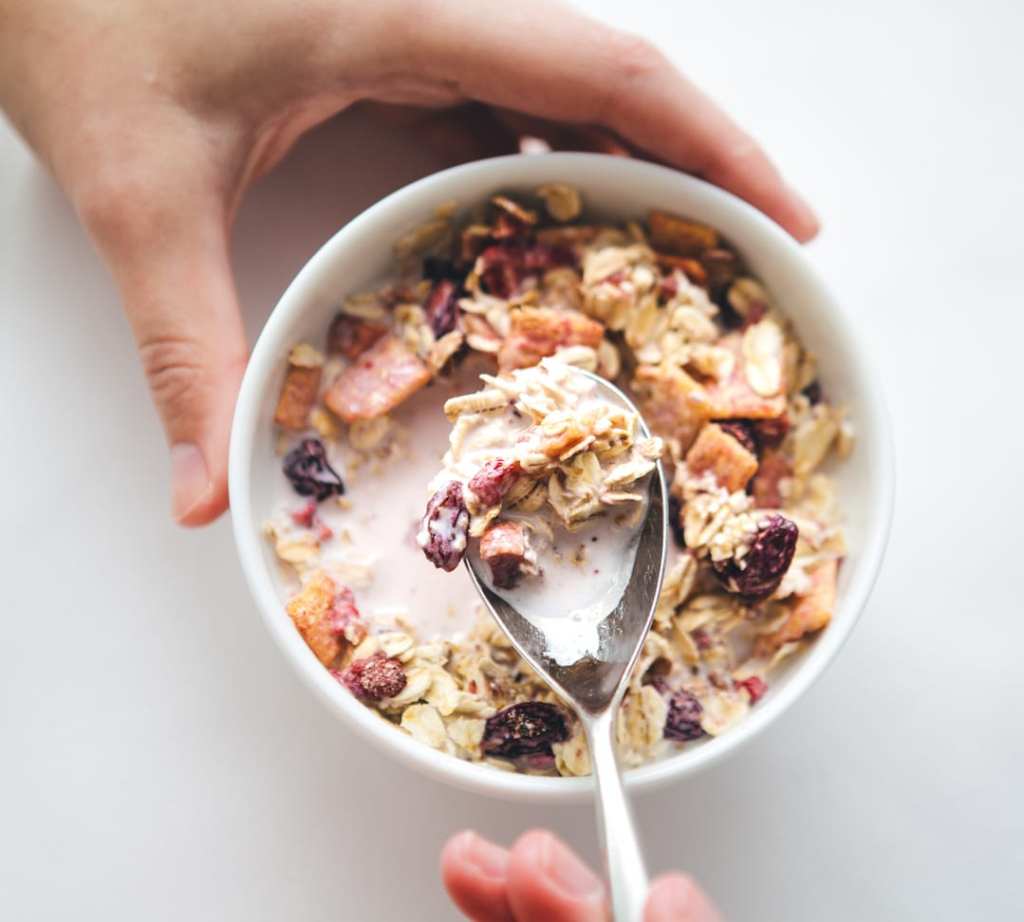 Eating healthier food is a goal that practically everyone shares, but which foods count as “healthy”? It’s sometimes hard to tell. Some foods, like granola, are touted as “health foods” even though they’re packed full of sugar, which is definitely unhealthy. Other foods are seen as healthy until some new study comes out claiming the opposite.

People chimed in on AskReddit with foods that are typically seen as healthy even though they aren’t, from salads to smoothies.

“Activated charcoal. It’s amazing if you’ve been poisoned but it absorbs good nutrients and medications as well. Im getting so sick of seeing it in everything.”

“I was a manager of a Jamba Juice for a year or so and people used to come in bc they got it was healthy but the most commonly ordered smoothie by This crowd “Apples and Greens” the small size has 44g of sugar. Most of the smoothies are packed in sugar.”

“Smoothies from smoothie shops. They use sorbets, ice creams, and juices with an insane amount of sugar in them. My sister worked at a smoothie shop and people would always come in after going to the gym. It’s not what most people think it is.”

“Granola Bars. The one I was eating daily had the nutritional value of a Snickers.”

“Granola bars were always meant to be a portable, non-perishable and high-energy snack- which is automatically going to have carbs & sugar.”

“Besides that, your body needs fats. Fats aren’t some evil, bad, chunky boys; our body relies on them. As long as you don’t receive too much of it and it’s mostly unsaturated fats, you’re good.”

“Those stupid juicing detox programs … your body’s liver and kidney’s naturally detox your body so long as you drink plenty of water. This whole notion that you are detoxing your body with juice is asinine.”

“The vast majority of salads at restaurants. A handful of lettuce buried beneath fried chicken, cheese, and ranch dressing.”

“It’s stacked with ridiculous levels of sugar and no vitamins.”

“I love that in the lawsuit against them for just this reason, their argument was something along the lines of; ‘no reasonable person would think Vitamin Water is a health beverage.”

“Getting lemonade or some other juice, rather than soda at a restaurant.”

“The Food Pyramid that was popularized by the USDA is a terrible idea. A lot of people today have realized this, but many older folks still see it is the ‘bible’ of good eating. And they are very fat.”

“Gluten-free food is for people allergic to gluten. It’s not some dieting trick.”

“Doing a keto diet but only eating the foods you like that are “allowed”. Ie: someone I know eats bacon and sausages every single day and sucks down a can of whipped cream because she’s “going keto”.”

“It’s WAY too sweet to not be bad for you. I mean come on, it’s just as sweet as a glass of Tropicana. Do you really expect me to believe that it’s this detoxifying ambrosia that everyone claims it to be?”

“Back in college, I used to regularly have this juice called “Green Machine Boost” by Naked Juice. Looked at the nutrition facts one day and it contained 50+ grams for sugar per serving. Quit that shit instantly. I mean.. how do you even pack that much sugar in in such a small bottle, and how are you even allowed to advertise that crap as “healthy”.”

“Yeah sure your four-meat, footlong, cheese filled sub is way better for you than a standard tuna butty you unquestioning bellend.”

“Wine and spirit manufacturers try to tell people that these are healthy in moderation. They are not. The Framingham Study of 5000 women revealed that women who drink 3 drinks per week raise their chances of getting breast cancer by 30%. Nine drinks of any kind of alcohol raise the chances by 300 Percent. This was a study that lasted 20 years and followed the women to see how many got breast cancer. The one factor in all of the breast cancers was the drinking of any kind of alcohol.”

And, by the way, the whole “juice” is healthy thing has been something that has bugged me FOREVER.

Folks… drinks some ice tea… without sugar. That’s healthy. Lemonade is NOT.

What do you think? Love a “healthy” food that isn’t healthy?